The city of Vallejo grappled with a significant amount of turnover at city hall and within the Vallejo Police Department.
Share this news on: 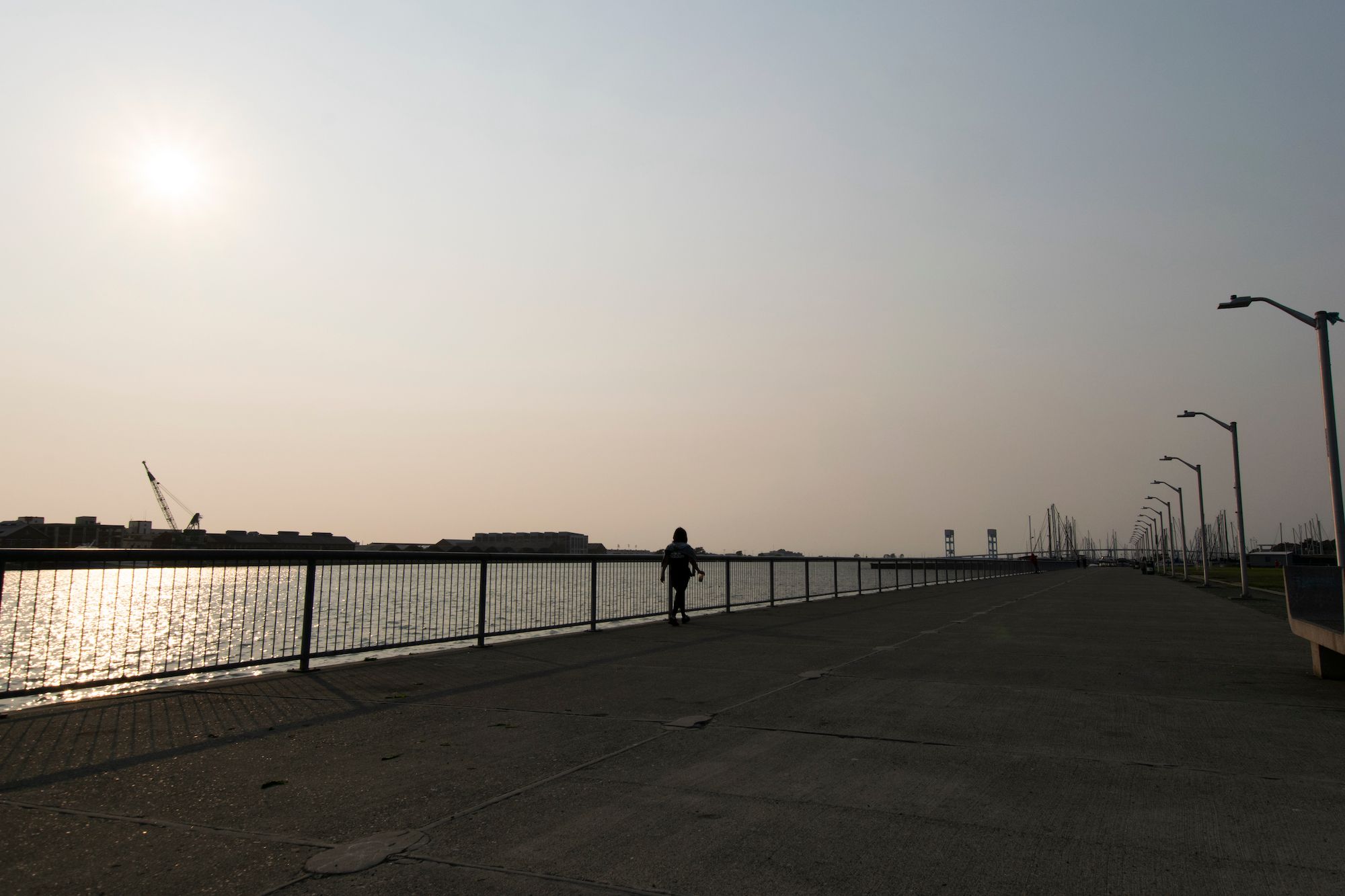 VALLEJO – In 2021, along with the second year of a pandemic, the city of Vallejo grappled with a significant amount of turnover at city hall and within the Vallejo Police Department. Other top news for the year included the revelation of Three Percenter support within the Solano County Sheriff’s Office, along with more delays associated with the city’s Navigation Center and new questions were raised about the use of a drone during the fatal shooting of Sean Monterrosa in June 2020.

Nyhoff disappeared from city hall over the Memorial Day weekend with an unknown medical condition days before the city council was expected to approve a new fiscal year budget. Nyhoff never returned and the council eventually approved a $577,536 resignation and separation agreement with him in July – ending his three-and-a-half year tenure.The payment included the remaining balance Nyhoff was owed under his contract  with Vallejo, which was scheduled to end in January 2023.

The end of Nyhoff’s time in Vallejo was fraught with controversy, as he was criticized for his handling of a badge bending scandal within the city’s police department, and for proposing to move the police department headquarters to a pristine building along Vallejo’s waterfront.

Nyhoff’s sudden disappearance came days after Judy Shepard-Hall, Vallejo’s housing and community development program manager, was placed on leave following a disastrous May presentation before the city council in which she revealed that the city’s navigation center would be significantly delayed with the project budget more than doubled. As of October, Shepard-Hall was still on paid administrative leave, city hall confirmed.

Shepard-Hall was mentioned in a wrongful termination lawsuit filed by three former City Hall employees who allege Nyhoff fired them in April 2020 after they raised concerns about his alleged unethical behavior.

Shepard-Hall is accused of harassing another employee while also conspiring with other former City Hall employees — including Cardwell and former Human Resources Director Heather Ruiz — to have the three whistleblower employees fired.

Following Nyhoff’s departure, Cardwell, who was originally hired as assistant city manager in late 2018, was elevated to serve as interim city manager, but her time in that position lasted about two months. Cardwell announced in August that she would be leaving Vallejo on Oct. 7. It was later revealed that Cardwell had been hired as Napa’s finance director. She joined Ruiz, who left Vallejo in March to become Napa’s human resources director.

In April, Vallejo lost its fire chief when Daryl Arbuthnott suddenly resigned after more than two years with the city. Arbuthnott often butted heads with Nyhoff. Deputy Fire Chief Kyle Long was appointed interim fire chief until Cardwell tapped him to serve in the permanent position. Cardwell also named Mark Love as the permanent HR director in July after he was named in the interim position following Ruiz’s departure.

In February, it was revealed that members of the Solano County Sheriff's Office had displayed Three Percenter symbols on their social media pages.

A loose-knit collection of far-right extremists, Three Percenters are known for their anti-government, pro-gun views, and a willingness to violently defy the federal government.

Longtime sheriff’s office employee Daniel “Cully” Pratt made a rifle display for Sgt. Roy Stockton, a sheriff’s office colleague and member of the Vacaville City Council. The art resembled a California flag with the words, “WILL NOT COMPLY” and thirteen shotgun shells, arranged like the stars of the Betsy Ross flag. There is a circle around the Roman numeral III.

Pratt, Stockton and at least one other current sheriff’s deputy have posted Three Percenter imagery on their public social media pages for years. Their friends and followers include staff at the sheriff’s office.

Fallout included Solano County Sheriff Tom Ferrara withdrawing from a security contract with the Solano Community College District after the college president, Celia Esposito-Noy, raised concerns about some of his deputies apparently showing support for the Three Percenters.

Ferrara sent Esposito-Noy a letter with a statement defending the deputies. “I take these accusations seriously, and I will not tolerate any racist, radical or anti-government conduct within my organization,” Ferrara wrote. “Rest assured, the sheriff’s office will continue to provide exemplary law enforcement service.”

In August, a new lawsuit created even more problems for the sheriff’s office. Nakia Porter alleged that she was beaten unconscious after deputies contacted her while she pulled over to switch drivers near Dixon. The deputies approached her over mismatched license plates, decided to detain her, and then forcefully handcuffed her, dragged her to their car and hit her on the ground. The sheriff defended the deputies and said Porter swung at one of them.

Ferrara forcefully opposed an oversight board, saying that his department was “extremely well run.”

"We have good community engagement,” Ferrara said, citing appearances at fairs and other community events. “If someone wants to ask me a question, believe me they’re going to ask a question.”

In May, the Vallejo Sun reported that newly available files related to the police killing of Sean Monterrosa raise new questions about what happened to any footage captured by a drone during the early morning hours of June 2, 2020.

Vallejo police Detective Jarrett Tonn fired his rifle five times from the backseat of an unmarked police truck as it pulled up to a Walgreens pharmacy, hitting Monterrosa once in the back of the head as officers were responding to reports of widespread looting that had swept the region amid protests over the police murder of George Floyd in Minneapolis a week earlier.

At the time of the shooting, a Medic Ambulance supervisor was reportedly flying a high-end drone in the area that an expert describes as “idiot proof.” However, authorities were unable to pull any video from the drone, which captured the shooting.

Police body cameras were obscured by vehicle seats and dashboards, as they were just arriving on the scene as Tonn started firing.

A forensic specialist with the U.S. Secret Service was unable to pull any data from the DJI Mavic 2 Pro drone that was at the scene, including its internal and independent “black box” memory storage that automatically records detailed information about the device’s flight path, including stills from any video that was recorded.

“If that is not there, you have serious problems,” said Werner von Stein, owner of the SF Drone School Research Center on Treasure Island and regular user of the Mavic 2. “There’s something fishy going on here.”

In the following days, it was revealed that the windshield Tonn fired through had been destroyed. Vallejo police lieutenants Michael Nichelini and Fabio Rodriguez were placed on paid administrative leave in connection with the destruction of the windshield.

Rodriguez, who was responsible for coordinating the investigation with the Solano County District Attorney's Office, was disciplined for allowing the windshield to be replaced.

Vallejo Police Chief Shawny Williams chastised Rodriguez for not speaking with the DA’s office prior to approving the destruction of the windshield, nor consulting his superior about “this critical decision.”

Rodriguez told an investigator looking into the destruction of evidence that he “didn’t think twice” about giving permission to destroy the windshield and that he determined it had no “evidentiary value.”

Williams agreed with the investigator’s findings that Rodriguez “failed to provide proper foresight and direction to preserving the windshield for potential future examination in criminal or civil proceedings and had a duty as a risk manager representing the city of Vallejo.”

A proposed homeless shelter slated to be built in South Vallejo suffered another setback in December when city officials revealed that human habitation isn’t allowed on the property.

An environmental report done on the site at 5 Midway St. discovered a restriction on the property due to ground contamination from prior industrial uses.

A month prior, officials said that the city doesn’t have a firm date on when the proposed 125-bed navigation center will open to serve the city’s unsheltered residents. There continues to be a $2.3 million funding gap that needs to be filled before the shelter can be built.

Three Solano-area hospitals – Sutter, Kaiser, and NorthBay Medical Center – have pledged a combined total of $6.2 million for the center’s operations over three years. City officials previously touted the center as a “one stop shop” that, when completed, will offer beds, individual case management to connect people to social and medical services, job training, and securing permanent housing.

Vallejo currently only has one homeless shelter. It has 100 beds but is currently operating at reduced capacity due to COVID-19.

The Vallejo Sun published a report recently that found that the city’s response to the unsheltered included police evictions, empty hotel rooms, and wasted money.

Vallejo’s City Hall wasn’t the only place with high turnover. Vallejo police lost a number of senior-level employees, including a handful of lieutenants, captains, and deputy police chiefs.

The latest departure includes Lt. Fabio Rodriguez, who will be joining Napa police as a captain following 24 years with Vallejo. Napa Police Chief Jennifer Gonzales said in a press release that her department had looked into Rodriguez’s actions in the Monterrosa case and decided Rodriguez was a good fit for her department.

Vallejo police Capt. Lee Horton officially retired over the Thanksgiving break following more than 26 years in law enforcement. His retirement came a week before the city released numerous records from the Monterrosa shooting.

Moments before Tonn fatally shot Monterrosa , Horton had announced over the police radio that “it looks like they’re armed, possibly armed,” about numerous persons looting the Walgreens pharmacy on Redwood Street in Vallejo. Monterrosa only had a roofing hammer in the front pocket of his black hoodie.

Third party investigators from the OIR Group concluded that Tonn violaed department policy for his use of deadly force, which they found was unreasonable. But OIR also found that all three officers in the truck that night did not adequately plan or communicate, which led to a dangerous situation.

Horton was the second police captain to retire this year, joining Joseph Iacono, who left the department over the summer. Five months after the Monterrosa shooting, Williams and then-City Manager Greg Nyhoff successfully lobbied the Vallejo City Council to add two deputy police chief positions to the department’s command staff.

Adding the deputy positions provided an extra layer in the command structure between Williams and the police captains and allowed the department to have two more non-union employees. The Vallejo Police Officers Association represents all sworn staff from officers to captains.

Both Ta and Kihmm were lured away from San Jose police, the same department Williams worked at for multiple years.

Former Vallejo Police Chief Joseph Kriens served as interim deputy police chief from December 2020 until leaving in May of 2021.

In the spring, Williams fired police union president Lt. Michael Nichelini, for sending a threatening email in December 2020 to then-Chronicle columnist Otis R. Taylor Jr. and emailing to union members the image of a 1906 Vallejo police badge, which was inscribed with a swastika.

Nichelini is currently suing Williams and the city for $10 million and to get his job back.

Lt. Kent Tribble was released from the department in January following a report that included previously unreleased video of he and other Vallejo officers assaulting a man in their custody.