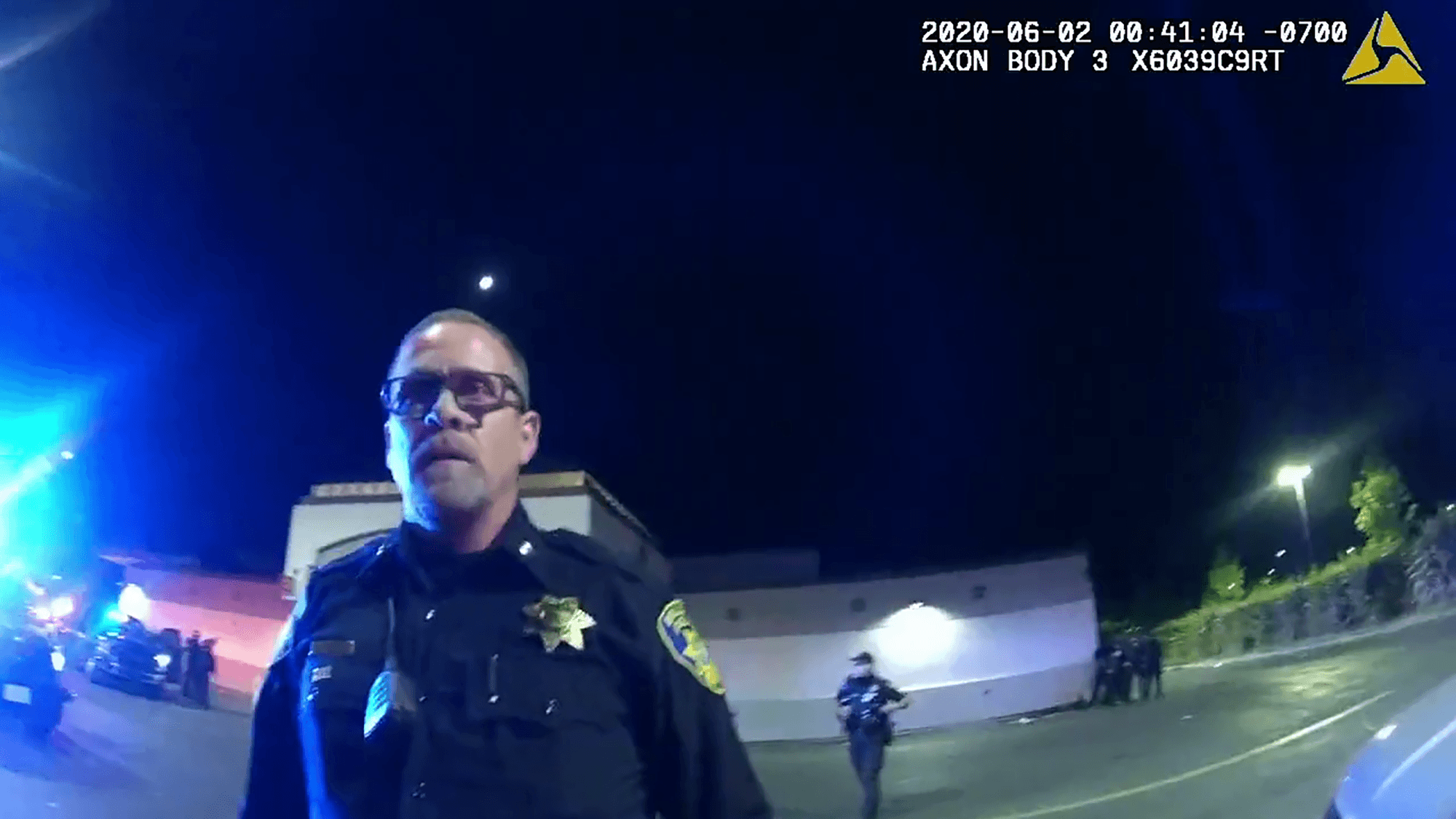 Horton joined Vallejo police as an officer in 1998 and was promoted several times, finally becoming a captain in 2013. That was after serving more than seven years in the U.S. Air Force.

The final 18 months of Horton’s time with the department were controversial ones.

Moments before Vallejo police officer Jarrett Tonn fatally shot Sean Monterrosa in the early morning hours of June 2, 2020, Horton had announced over the police radio that “it looks like they’re armed, possibly armed,” about numerous persons looting the Walgreens pharmacy on Redwood Street in Vallejo.

Monterrosa only had a roofing hammer in the front pocket of his black hoodie.

Tonn arrived in an unmarked police vehicle  along with two other officers at about the same time Horton made his announcement. Tonn, seated in the backseat of the vehicle, fired five rounds through the vehicle’s windshield, striking Monterrosa once in the back of the head. Monterrosa died a short time later.

Vallejo police maintain that Monterrosa had crouched down, suggesting he was preparing to fire at officers. Monterrosa’s family denies this, arguing that the 22-year-old San Francisco man was surrendering. None of the officer’s body-worn cameras recorded what Monterrosa was doing seconds before he was shot and killed.

Horton was not wearing a required body camera at the time of the shooting as he responded to reports of looting at the Walgreen during a night of unrest in the city. Moments before Monterrosa was shot, a fleeing vehicle had struck Horton’s car, disabling it.

“I thought that (expletive) axe was a gun,” Tonn said. “This is not what I needed tonight.”

“I thought he was armed, too. You’ll be alright… You’ve been through this before,” Horton tells the officer.

Neither Vallejo Police Chief Shawny Williams, nor Michael Nichelini, president of the Vallejo Police Officers’ Association could be reached for comment Monday regarding Horton’s retirement.

Horton is the second police captain to retire this year, joining Joseph Iacono, who left the department over the summer.

The staff report at the time stated that two of the department’s police captains were on leave. Sources said that those captains were Horton and Iacono.

Adding the deputy positions provided an extra layer in the command structure between Williams and the police captains and allowed the department to have two more non-union employees. The VPOA represents all sworn staff from officers to captains.

There has been turnover with the deputy police chief positions, as well. Williams fired deputy Police Chief Michael Kihmm in early October, multiple sources told the Vallejo Sun at the time.

Both Ta and Kihmm were lured away from San Jose police, the same department Williams worked at for multiple years.