The lawsuit alleges that the deputies lied when they said Porter resisted arrest and lied about how long she had been unconscious.
Share this news on: 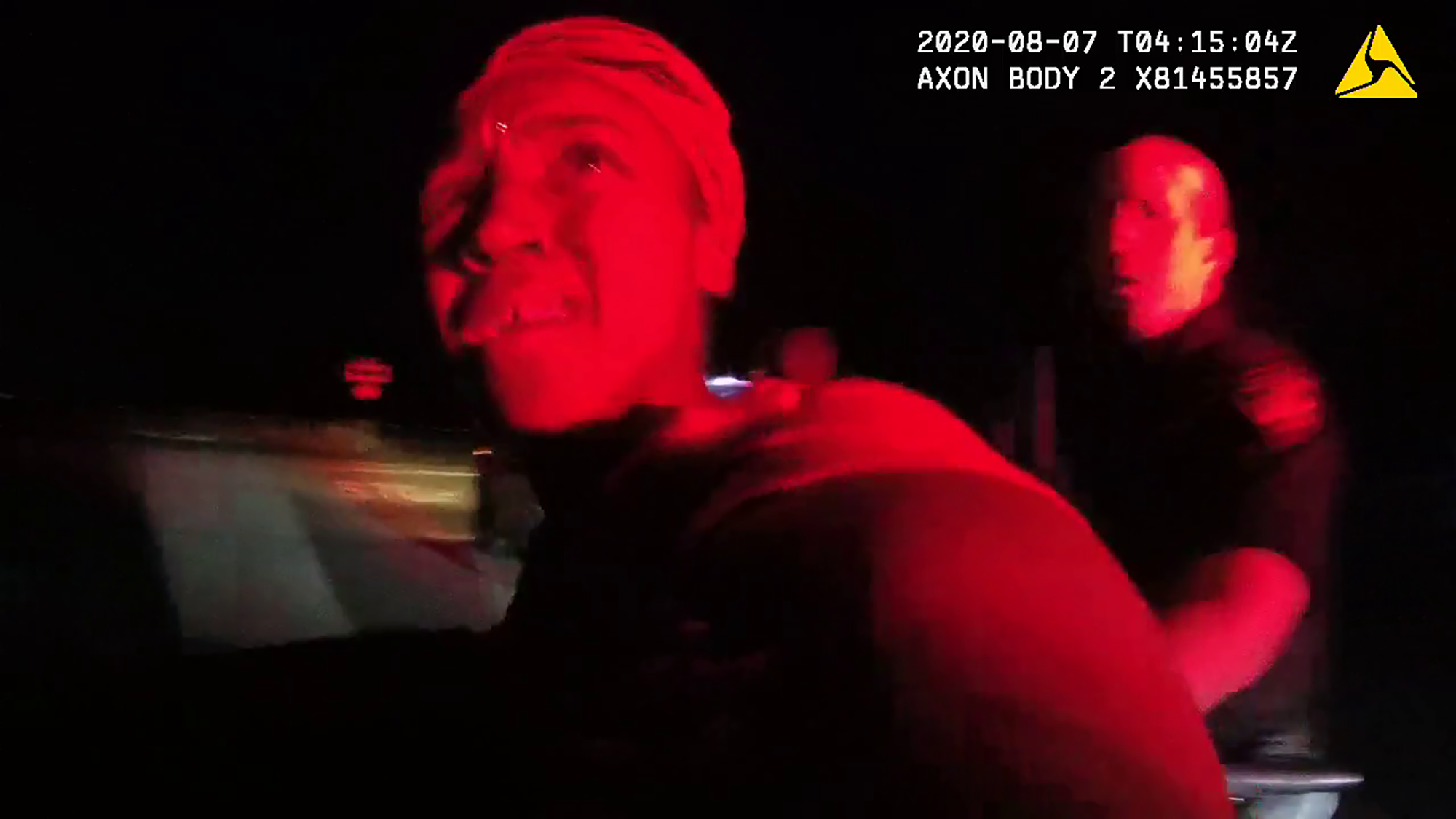 Nakia Porter, of Orangevale, is seen in body camera footage as she is arrested by Solano County sheriff deputies in rural Dixon in August 2020.

SACRAMENTO – A woman who was dragged from her car and beaten unconscious by Solano County Sheriff’s deputies last year sued the department on Wednesday, alleging excessive force and that the department covered up the deputies’ conduct.

Nakia Porter, 33, said that she pulled over in Dixon while driving from Oakland to Orangevale in Sacramento County to switch seats with her father because she was tired of driving. Sheriff’s Deputies Dalton McCampbell and Lisa McDowell approached her when she was outside of the car. Body camera video released by Porter’s attorney shows they handcuffed her and dragged her toward their patrol car, where they hit her until she was unconscious.

The lawsuit alleges that the deputies lied when they said Porter resisted arrest and lied about how long she had been unconscious. It alleges that their supervisor, Sgt. Roy Stockton, also a Vacaville city councilmember, helped cover up their conduct and notes his apparent affiliation with the Three Percenter anti-government militia group, which the sheriff’s office has declined to investigate.

The sheriff’s office jailed Porter for six hours and recommended she be charged with preventing an executive officer from performing a duty by means of threat or violence. The district attorney’s office declined to prosecute. The sheriff’s office did not respond to a request for comment.

“In Solano County we have a new Mississippi,” said NAACP Sacramento President Betty Williams during a news conference on Sacramento on Wednesday, “where Solano sheriffs feel like they can do whatever they want to Black individuals.”

Williams wondered if the deputies had done anything similar before. “They were so comfortable that they felt it was OK to pull her from the camera and beat her to unconsciousness,” she said.

She said there should be an outside investigation of any previous incidents involving the two deputies. Porter’s attorney, Yasin Almadani, also advocated a new oversight board of the sheriff’s office. Members of Benicia Black Lives Matter have called for the county Board of Supervisors to create an oversight board under the authority granted by AB 1185, but so far the board has refused to even discuss it.

Porter, a software engineer, described herself as “a cheerleader for life” who tries to bring out the best in people. But she says she’s struggled since the incident last year. “The events that happen on Aug. 6 really changed me,” she said.

On Aug. 6, 2020 at about 9 p.m., she and her father, 61-year-old J.B. Powell, were driving home from Oakland, where they had been visiting a friend, according to the lawsuit. Porter’s two daughters, ages 4 and 6, and her 3-year-old niece were in the back seat.

When they were about halfway through the two-hour drive, Porter exited the highway in Dixon and stopped on a dark dead-end street to switch drivers. She got out of her car and walked over to the passenger side and Powell started to get out of the car. Porter later said that they intended to do the responsible thing. “When you’re being responsible you take the time and pull over,” she said. “That’s exactly what we did.”

When Porter got to the back of the car, she noticed a sheriff’s patrol car was behind them.

But as she was walking back, McCampbell yelled, “You know what, detain her!” according to body camera footage. After that, he grabbed her to handcuff her. They pushed her against the car and then dragged her away. They punched, kicked, kneed and hit her in the back of the head, according to the lawsuit.

McCampbell pushed Porter onto her stomach and got on top of her. She struggled to breathe, but McCampbell yelled, “You’re going to get tased!” Eventually she lost consciousness. Later, she said she wondered, “Will I make it back home alive?”

She was placed in the sheriff’s patrol car while still unconscious and woke up there more than 5 minutes later, which her attorney said is evidence that she had a severe concussion.

The deputies then ordered Powell out of the car and made him walk backwards to them at gunpoint. Powell recalled that they repeatedly called him “young man,” which he found racist and demeaning, like being called “boy.” The three young children remained in the car. The deputies searched it but found no evidence of a crime.

The deputies eventually revealed that the reason for the encounter was because of a mismatched license plate – Porter’s front plate was from Maryland because she had moved and had forgotten to remove it – and the deputies confirmed the car was hers.

When paramedics arrived, McCampbell told them she had been unconscious for less than a minute, but body camera video shows it was considerably longer. He said that she “did this to herself” and accused her of trying to flee the area and attacking McDowell, which body camera video shows to be false. Porter asked to be taken to a hospital, but the deputies at first denied her request, then took her in the patrol car.

Despite that she was knocked unconscious, the hospital did not examine her for a concussion, according to the lawsuit. She was then taken to jail, where she remained for six hours until she posted $25,000 bail. She was not allowed to make a phone call, deputies confiscated her cash and her cellphone was left in the car, so she had no way to contact her family or go anywhere. Homeless people in the area fed her and talked to her until she was picked up, she said.

Porter was left bruised all over and was in pain for weeks. Since the incident, she’s had long term headaches, trouble sleeping, confusion, sensitivity to light and dizziness. She said she has suffered from pronounced psychological effects as well.

Powell, too, said he has felt the lingering effects of trauma of the incident. Through tears on Wednesday he said, “I know I shouldn’t feel guilty, I know it’s not my fault, but I keep blaming myself even though I shouldn’t.”

The family’s lawsuit alleges a pattern and practice of excessive force in Solano County law enforcement. It alleges that the sheriff’s office has done nothing to address the deputies’ conduct, despite that the deputies appear to have lied in camera footage. And that the culture of the sheriff’s office has no accountability as deputies’ apparent affinity for far-right extremist group the Three Percenters has not been investigated.

“The sheriff’s office and county have failed miserably to appropriately and transparently investigate these very serious issues,” said Almadani, Porter’s attorney. “In fact, Solano County has actively resisted and struck down any measure that would establish a board to oversee the sheriff’s office, which is necessary here.”