Sheriff Tom Ferrara defended his office regarding several recent scandals that led to calls for oversight.
Share this news on: 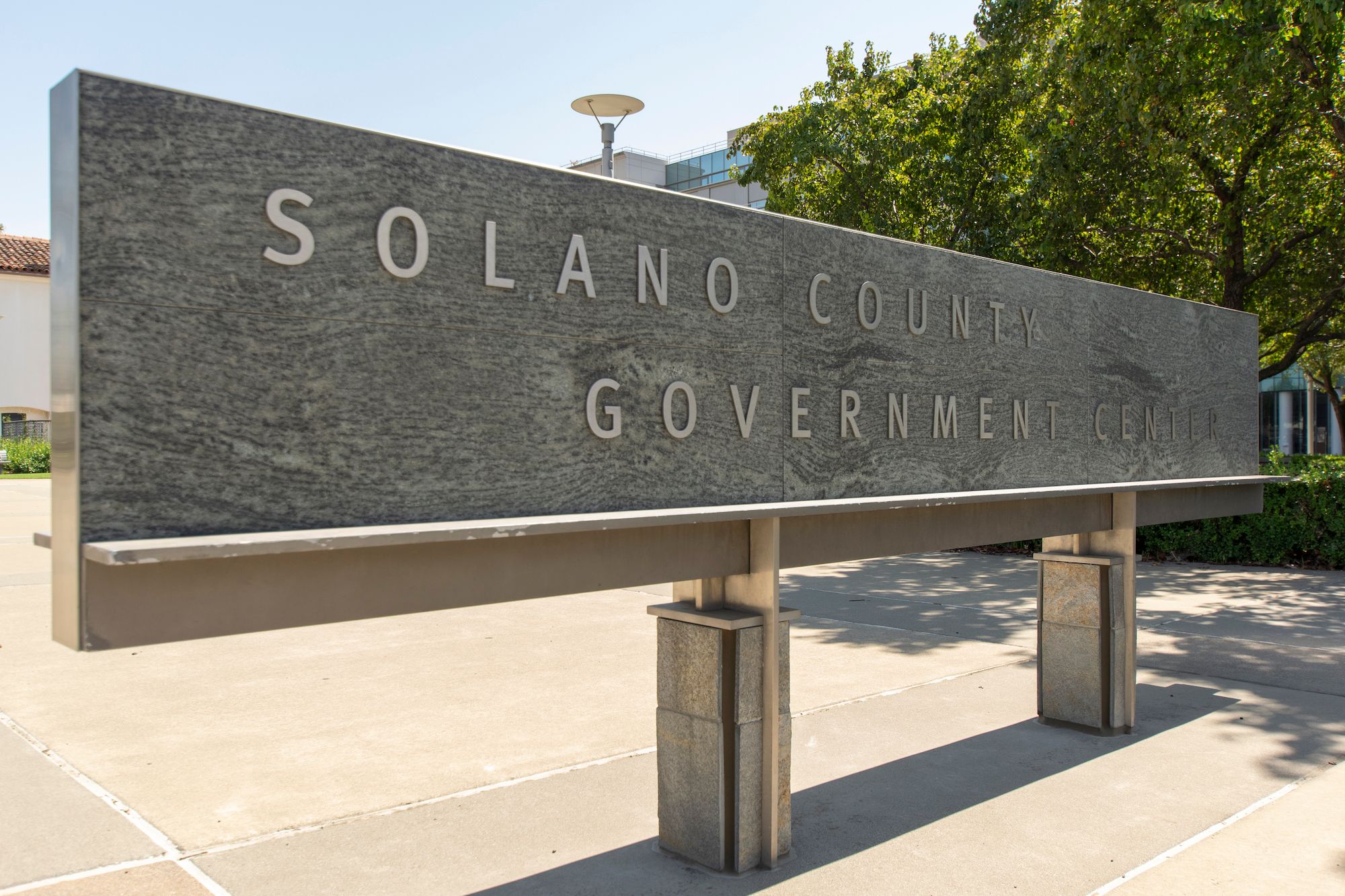 FAIRFIELD – The Solano County Board of Supervisors declined Tuesday to enact an oversight board of the sheriff’s office despite demands from several community groups. Instead, the board elected to ask the sheriff to make recommendations for a community advisory board that would not have investigatory or subpoena powers.

During the meeting, Sheriff Tom Ferrara defended his office regarding several recent scandals that led to calls for oversight. He blamed a “biased media” and said that allegations against his department were based on incomplete facts, but he declined to elaborate further as the incidents were the subject of litigation.

Despite that, Ferrara said, “If you engage in sexual harassment and anything like that, I'm going to escort you out of the organization.”

Ferrara also disputed the account of Nakia Porter, a Black woman who said she was beaten unconscious when she was approached by sheriff’s deputies near Dixon last year. The sheriff’s office has said that Porter struck a deputy in the face, but no video of the incident released to date has shown that. The sheriff said he could not elaborate on the incident during the meeting because Porter has filed a lawsuit against the deputy and the sheriff’s office.

Ferrara addressed that deputies have displayed support for the Three Percenter anti-government militia group, saying that he didn’t know what a Three Percenter was before the Jan. 6 attack on the Capitol. That’s despite Three Percenters being implicated in terrorist plots for years prior and that a federal investigation involving a Vallejo man tied to the Three Percenters who was allegedly plotting to blow up the Democrats Sacramento headquarters was underway prior to Jan. 6.

“If there was any of those symbols after Jan. 6, after we learned what those are, I would discipline them and remove them from employment,” Ferrara said.

However, each deputy in question still had Three Percenter symbols on their social media pages after Jan. 6 and one, Deputy Dale Matsuoka, left them up after an investigative report revealed the practice.

Ferrara forcefully opposed an oversight board, saying that his department was “extremely well run.”

"We have good community engagement,” Ferrara said, citing appearances at fairs and other community events. “If someone wants to ask me a question, believe me they’re going to ask a question.”

Ferrara did not respond to emailed questions from the Vallejo Sun.

The meeting was called to consider adding an oversight board under AB 1185, a new state law that allows county supervisors to create such a board with subpoena powers to investigate the sheriff’s office and compel it to release relevant records. Following the revelations of Three Percenter support, Benicia Black Lives Matter pushed for the supervisors to create the oversight board.

Despite the series of recent scandals, activists had difficulty in getting the supervisors to even consider enacting an oversight board.

When Supervisor Monica Brown made a motion to have a discussion about oversight earlier this year, no one would second it.

It was only after Porter sued the county in August and her attorneys released body camera video of her encounter with deputies that Supervisor Erin Hannigan agreed to second the motion and allow the meeting to proceed.

During a lengthy public comment period, most speakers supported oversight. At one point, Supervisor John Vasquez admonished Johnicon George, president of the Tri-City NAACP, for naming Sgt. Roy Stockton, who is also a Vacaville city councilmember, and said that individual employees were “not on trial.”

“When the deputies brutally beat Nakia Porter,” George said, “Roy Stockton, their supervisor, came on the scene, and the male deputy repeatedly lied about what took place on his body camera.”

Ferrara later answered questions from supervisors. During questions from Hannigan, Ferrara responded defensively, leading Hannigan to say that she was “taken aback” by Ferrara’s tone.

“If I were trying to create an oversight committee for your elected position it would be upsetting for you too,” Ferrara said.

Asked by Hannigan about what oversight was already in place, Ferrara said that complaints are handled by internal affairs and that his office receives only about 30 complaints each year. He said that he has an advisory committee that includes one civilian member who reviews policies and procedures. The committee can order audits, but much of that information is not released to the public.

The three men on the county board have already endorsed Ferrara’s reelection next year. Each said during the meeting that they opposed enacting any more oversight.

Mitch Mashburn, a former sheriff’s lieutenant who endorsed Stockton to take his seat on the Vacaville City Council when he ran for supervisor, said that there were already mechanisms for complaints, including the ability to sue the sheriff’s office or to speak to the Board of Supervisors.

“There are other mechanisms for oversight of the sheriff,” Mashburn said. “I believe there are enough in place now that we do not need to create another bureaucracy in the county that would not necessarily provide oversight.”

Supervisor Jim Spering also said he wouldn’t support oversight, saying that any time he’s had a concern, the sheriff has responded and was “very responsible, very respectful.”

“I have utmost confidence in the sheriff and his staff and the sheriff's department and we have to be very careful that we don't demoralize,” Spering said. “But we have to hold them accountable, I agree with that.”

Spering suggested that the sheriff hold a public forum each year to answer questions from the community. Ferrara said that he would be open to that, but asked the supervisors to be present as well.

While Brown and Hannigan supported moving forward with oversight, it was clear that the motion would eventually fail. Hannigan then included a request that the sheriff come up with a proposal for a citizen’s advisory board for his office, but such a board would not have investigatory or subpoena powers to compel records from the sheriff’s office.

AB 1185 gives the board the power to create a board with authority over the sheriff, but the supervisors’ action on Tuesday was only a request. The sheriff is free to refuse or ignore it without consequence. It passed 4-1, with Brown voting no.

In an interview, Brandon Greene, co-founder of Benicia Black Lives Matter, praised Brown’s “principled stand” in voting against the supervisors’ “watered-down proposal.” He also said that he appreciated Hannigan’s questioning of the sheriff, though he was disappointed in her vote.

“The work will have to continue, because at the end of the day, there is no accountability mechanism in what they did today,” Greene said. “They can vote on it, and the sheriff doesn't have to do anything.”

As for the rest of the board, Greene said he would work to remove them from their seats.

“The dismissive and disrespectful tone just shows that they can't remain in power,” he said. “Neither their lived experience nor professional experience has prepared them to be elected officials in this social and political moment.”