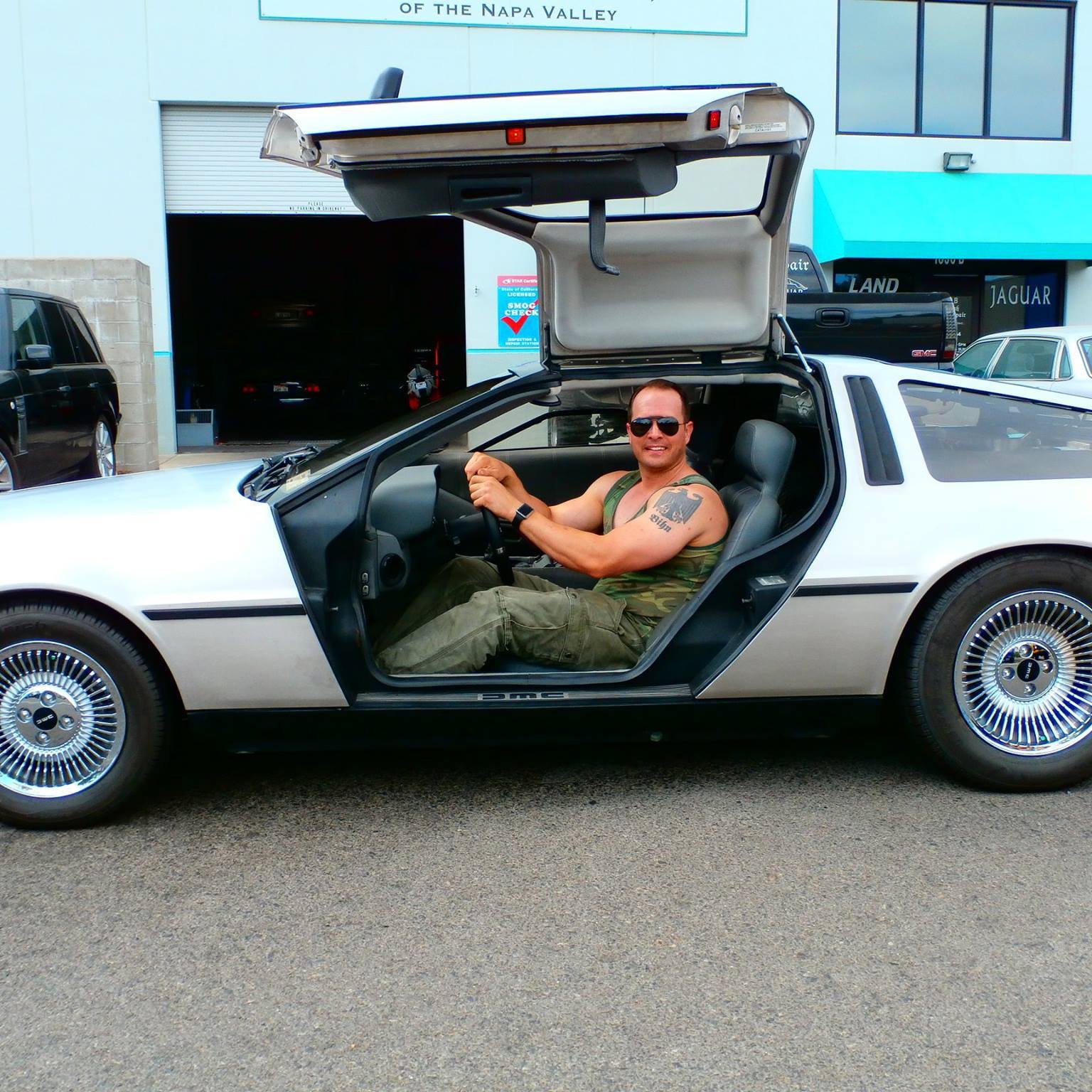 Ian Rogers of Napa outside of his business, British Auto Repair of the Napa Valley, in a 2018 photo posted to Facebook.

VALLEJO – A Vallejo man accused of being a co-conspirator in an alleged plot to blow up the Democrats’ headquarters in Sacramento was arrested this week and charged in federal court with conspiracy and destruction of evidence, federal prosecutors said.

Jarrod Copeland, 37, was arrested in Sacramento on Wednesday, according to an announcement by the U.S. Attorney’s Office. He formerly worked as an auto technician in a Napa shop owned by Ian Rogers, 45, who was arrested and charged in January with possession of explosives. Rogers was also charged in state court in Napa County with numerous counts relating to possession of illegal firearms and explosives, which are still pending. A new indictment unsealed Thursday also charges Rogers with possession of illegal firearms, including an MG-42 belt fed machine gun.

Court records say that Copeland argued that his Three Percenter group was just “preppers,” but prosecutors wrote that “the ethos of groups like the so-called ‘3%-ers’ is armed rebellion against the federal government, which they liken to a tyrannical occupying power.”

Rogers, previously an American Canyon resident, owned British Auto Repair of the Napa Valley since 2013. According to Copeland’s Facebook profile, he attended high school in Kentucky but prosecutors said he has lived in California since 2007. Copeland’s LinkedIn profile lists that he was a mechanic in Rogers’ shop from 2011-2014. After that, he joined the U.S. Army and was arrested for desertion in 2014 and 2016, when he was discharged, according to court records. After his discharge he joined the Three Percenters. Most recently, his LinkedIn profile says Copeland worked in sales for Snap-On Incorporated, which sells high-end tools and equipment.

While the two have been affiliated with Three Percenters for years, the indictment alleges that they planned violence in direct response to the 2020 election. Using encrypted communications, they started planning attacks late in 2020, when Rogers texted Copeland, “Ok bro we need to hit the enemy in the mouth,” and Copeland responded “Yeah so we punch soros,” apparently referring to billionaire George Soros, who frequently funds progressive political campaigns. Rogers said, “I think right now we attack democrats.”

Rogers then suggested they attack the California Governor’s Mansion, and Copeland responded, “That’s the best target I think too.” They discussed either firebombing it or shooting it with automatic weapons. A few days later, they discussed attacking the Democratic Headquarters building in Sacramento and according to court records they continued plotting to attack that building for the next 6-8 weeks.

“I’ll leave a envelope with our demands and intentions,” Rogers wrote on Nov. 27. “Basically saying we declare war on the Democratic Party and all traitors to the republic.”

Copeland told investigators that he didn’t think they were serious and he was just listening to Rogers “blow off steam,” but court records say he encouraged Rogers, telling him that if President Donald Trump didn’t prevail when the electoral votes were counted on Jan. 6, “we strike,” and, “If they don’t listen to trump they will hear us.”

Copeland tried to recruit help from other Three Percenters and the Proud Boys, another far-right group, according to court records. Investigators found evidence he had submitted a form on the Proud Boys’ website in late 2020.

On Jan. 6, when a mob of rioters stormed the U.S. Capitol in Washington, D.C., and tried to stop the vote count, Copeland sent Rogers text messages that said, “REVOLUTION” “REVOLUTION” and “I’m fucking juiced!!!!!” and “I’m bout to throw my gear on and drive around and punish sombitces.”

After the attack in Washington, they further discussed the plan and discussed also attacking the Twitter headquarters in San Francisco and Facebook headquarters in Menlo Park, referring to them as “bird” and “face,” respectively. Copeland responded, “I agree” and “plan attack.” They planned to commit the attacks after the Jan. 20 inauguration, according to court records.

The Napa County Sheriff’s Office and the FBI started monitoring Rogers and Copeland after receiving a tip that they planned to commit violence. Napa sheriff’s deputies arrested Rogers on Jan. 15 and searched his home and business. Investigators seized between 45 and 50 guns, including assault rifles and three machine guns, five pipe bombs and 15,000 rounds of ammunition.

After he found out about Rogers’ arrest, Copeland notified a leader of their militia group, who prosecutors said advised Copeland to switch communications platforms and “delete all.”

Copeland deleted all his text messages with Rogers before investigators searched his residence the next day. Investigators seized three pistols, an assault rifle and a hunting rifle, and “go bags” which contained clothing, identification, food, tactical gear, gun magazines and zip-tie handcuffs. Investigators also seized steroids and alleged that both Rogers and Copeland abused steroids. According to jail records, Copeland was booked into jail that day on suspicion of conspiracy but was not charged and was released three days later.

Rogers remained in custody and was charged with numerous gun crimes in state court on Jan. 20 and for possession of explosives in federal court on Jan. 26.

Despite that Copeland was arrested and released in January, in a motion to detain filed by the U.S. Attorney’s Office for the Northern District of California on Thursday, prosecutors argued that he was a threat and could not be allowed to go free. “All of the political and social conditions that motivated them to plan what they themselves described as a terrorist attack remain,” prosecutors wrote. “The only way to protect the public is to ensure that Copeland remains in custody.”

If convicted, both could face a maximum sentence of 20 years in prison.