College President Celia Esposito-Noy raised the concerns following an investigative report in February that revealed that two sergeants and a deputy had openly displayed support for the Three Percenter movement on social media.
Share this news on: 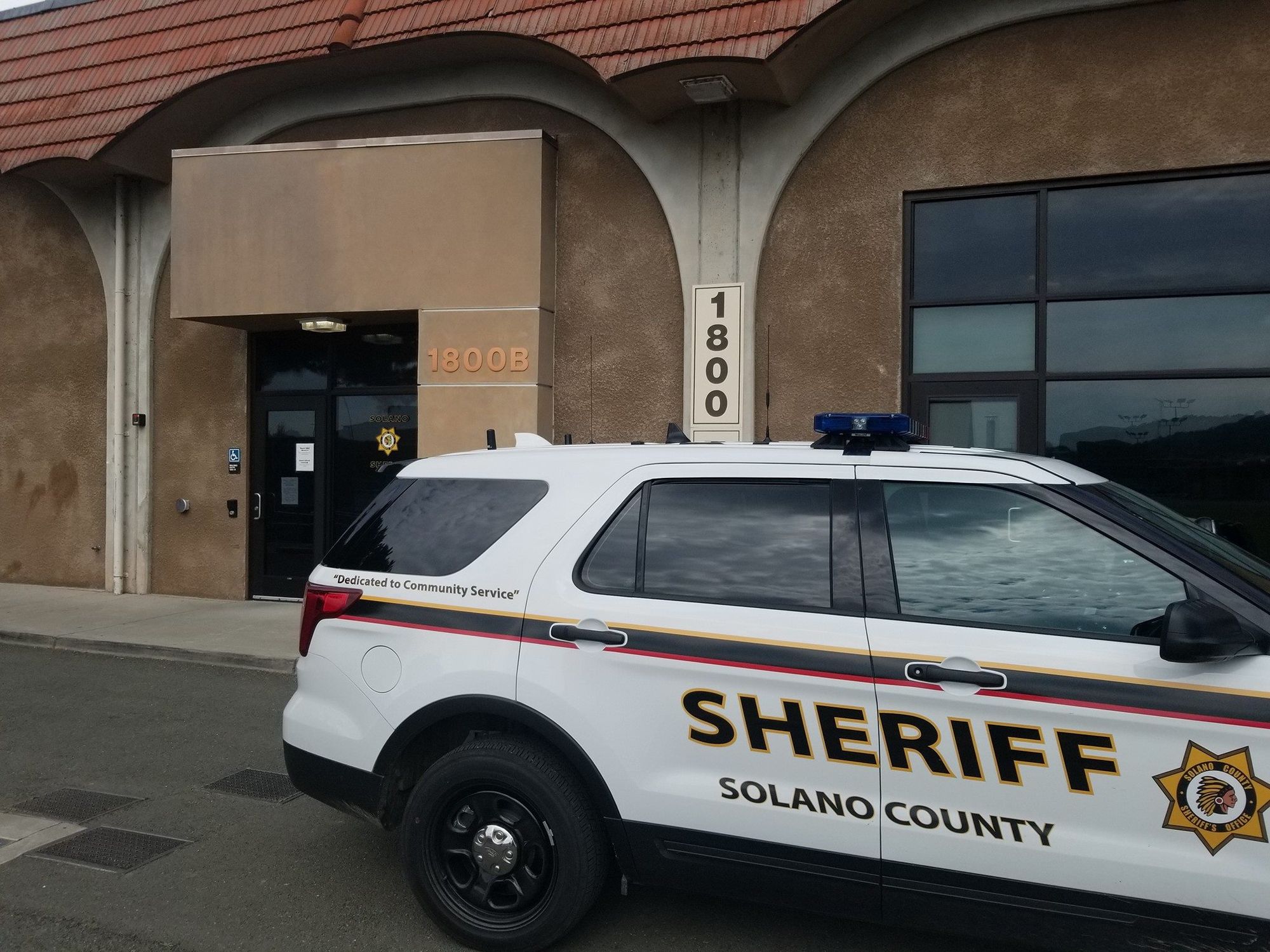 FAIRFIELD – Solano County Sheriff Tom Ferrara withdrew from a security contract with the Solano Community College District after the college president raised concerns about some of his deputies apparently showing support for the Three Percenter anti-government militia group, according to email records obtained through a public records request.

College President Celia Esposito-Noy raised the concerns following an investigative report in February that revealed that two sergeants and a deputy had openly displayed support for the Three Percenter movement on social media. Ferrara has declined to investigate those deputies, saying they told him they only intended to show support for the Second Amendment.

The college is currently working on developing its own campus security. Withdrawing will cost the sheriff’s office budget nearly $1 million per year when the contract expires at the end of 2021. Ferrara and Esposito-Noy did not respond to interview requests.

Ferrara himself brokered the contract with the community college seven years ago, replacing the campus police force at the time. The college’s governing board approved a contract with the sheriff’s office for $980,000 per year in 2014 and was renewed for $928,948 in 2017.

But the revelations of apparent Three Percenter support in the sheriff’s office drew an immediate reaction from the college. Days after it was published, on Feb. 10, Esposito-Noy sent an email with a summary of the report to all campus deans with the subject, “will update at today’s management meeting.” She forwarded the same article to Academic Senate President LaNae Jaimez.

The campus Governance Council – a board with representatives from the school’s faculty, unions and administration – also discussed the issue at its meeting that day, according to minutes of the meeting. Vice-president of student services Shannon Cooper told the council that Esposito-Noy would “be sharing the district’s concerns about these allegations and will inquire about any investigation.”

The next day, Ferrara sent Esposito-Noy a letter with a statement defending the deputies. “I take these accusations seriously, and I will not tolerate any racist, radical or anti-government conduct within my organization,” Ferrara wrote. “Rest assured, the sheriff’s office will continue to provide exemplary law enforcement service.”

Ferrara’s statement went on to say that he had “personal conversations” with each of the deputies who had displayed support for the Three Percenter movement, who told him that “their intention was to support the 2nd amendment to the U.S. Constitution.”

The FBI, however, considers the Three Percenter movement to entail much more than Second Amendment support. The movement originated in 2009 in reaction to the election of President Barack Obama and anticipates a second civil war.

Its members were involved in a standoff with federal authorities in Oregon in 2016; a former sheriff’s deputy who led an Illinois Three Percenter group was convicted of bombing a mosque in Minnesota last year; and one of the men accused of plotting to kidnap the governor of Michigan was the leader of a Three Percenter group.  Several Three Percenter members have been charged in the Jan. 6 attack on the U.S. Capitol. Recently, two members of a local faction of the Three Percenters were charged with plotting to blow up the Democrats’ Sacramento headquarters.

Esposito-Noy emailed Ferrara’s letter to the entire campus on Feb. 16. She wrote that she had met with members of the sheriff’s office to share her concerns and “to reiterate our commitment to anti-racist efforts and that we must see a denouncing of any extremist activities on the part of the sheriff’s office.”

The next day, Esposito-Noy said during a meeting of the college district’s elected governing board that she was putting together a group “to make sure the campus is a safe place for everyone and other options that may be available.”

Despite calls for an investigation, Ferrara resisted any further action.

On March 14, Pam Keith, a former board member, wrote an email to Esposito-Noy saying the college should demand a thorough investigation into any extremist support in the sheriff’s office.

“As a former board member who voted on that contract, it sickens me to think I may have unknowingly made it possible for white supremacists to prey on our students,” Keith wrote.

About a week later, Ferrara sent a letter saying he was terminating the contract with the college. “In our recent conversations regarding our law enforcement and security services [contract], we understand that the college has had a change in their policing philosophy and is exploring alternative policing enforcement solutions,” Ferrara wrote.

The contract was scheduled to end at the end of June, but the college and sheriff’s office negotiated a month-to-month contract to run until the end of the year.

Since then, the college has moved forward with coming up with an alternative arrangement for campus security. A poll of the faculty released in June found that 28% of respondents wanted to continue the sheriff’s contract and 51% wanted to create a hybrid security program with half sworn law enforcement officers and half unarmed security guards. Some respondents specifically cited the apparent support for extremism in the sheriff’s office.

“The story about some of the deputies supporting the Three Percenters has tarnished the Sheriff Department’s reputation and the college shouldn’t contract with them until there is a complete investigation to determine if any of those in question belong to that group,” one respondent wrote. “They haven’t been totally transparent with that issue.”

Since then, new allegations of a lack of discipline in the sheriff’s office have emerged. A woman who was beaten by sheriff’s deputies sued the department in August. Her lawsuit alleges that deputies lied in their reports, which were approved by Sgt. Roy Stockton, one of the sheriff’s employees who displayed support for the Three Percenter movement who is also a Vacaville city councilmember.

After that, the Solano County Board of Supervisors agreed to have a meeting about possibly creating a new oversight board for the sheriff’s office. That meeting could take place in early October.