It will take 12-14 months to build the center after the funding is secured.
Share this news on: 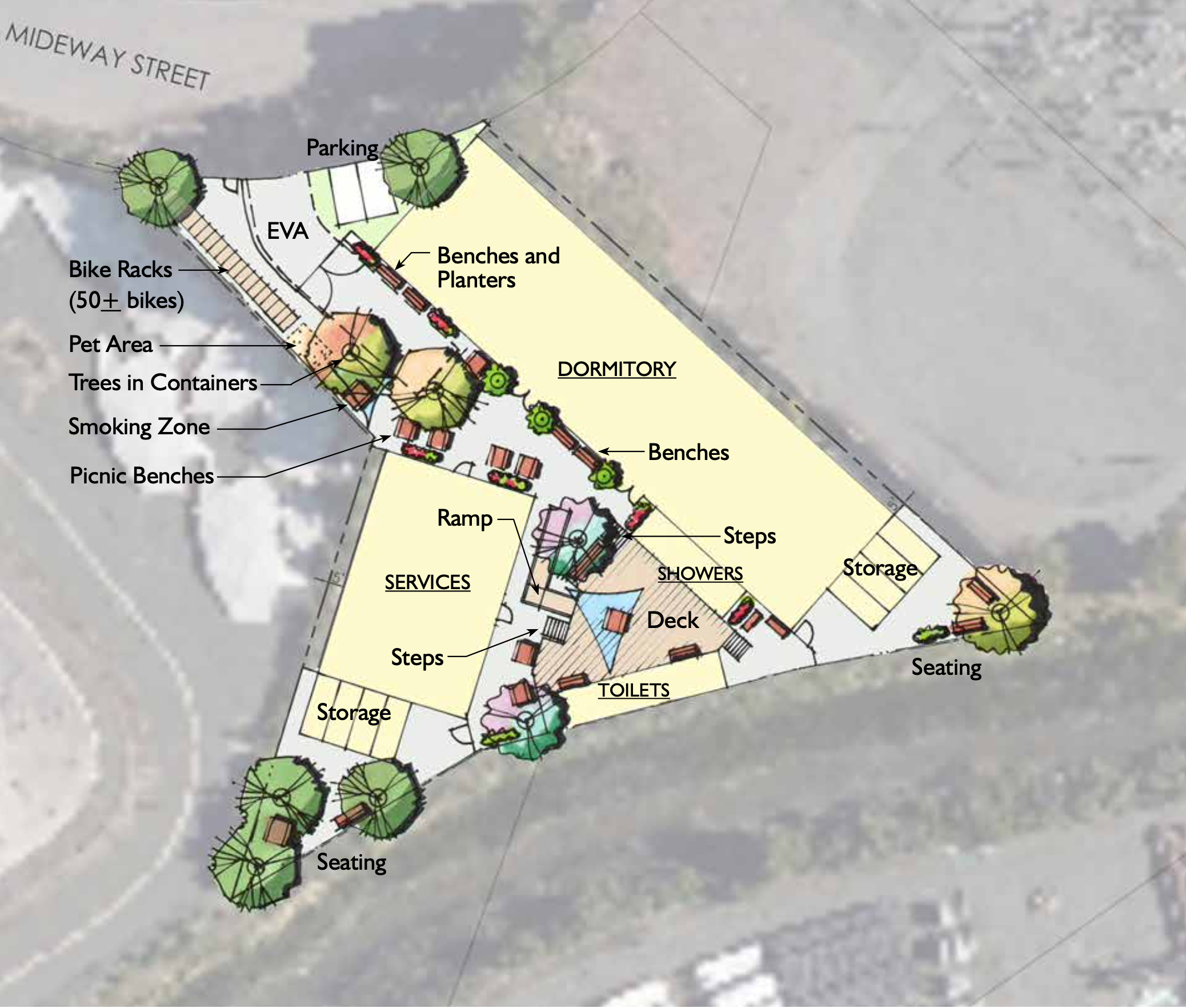 A plan for the proposed homeless navigation center from 2019. Source: city of Vallejo.

VALLEJO - Vallejo officials revealed Thursday night that the city doesn’t have a firm schedule on when a proposed 125-bed navigation center will open to serve the city’s unsheltered residents.

Both stressed that there continues to be a $2.3 million funding gap which needs to be filled prior to construction. It will take 12-14 months to build the center after the funding is secured.

“The whole issue is, we can talk about construction timing, we can talk about best case scenario, but if you don't have the money, that's all what ifs,” Hayes told the commission. “So we got back to the basics, find the grant money, find the funding, make sure that we can meet our budget.”

The proposed navigation center, set to be built in South Vallejo, has been besieged with delays and funding issues for years. Former Housing & Community Development Program Manager Judy Shepard-hall was the recipient of the Vallejo City Council’s ire in late May after she revealed that the project’s budget had more than doubled from $4 million to $8 million.

Former City Manager Greg Nyhoff said during the same May meeting that the center wouldn’t open until late spring or early summer 2022 at the earliest. But now that doesn’t appear to be the case.

Days following the May 25 meeting, Shepard-Hall was placed on administrative leave. An official reason wasn’t publicly given but Shepard-Hall’s name was recently taken down from the city’s website. Vallejo Spokesperson Christina Lee said Shepard-Hall was still employed with the city as of Oct. 25. Hayes has officially become the interim housing and community development program manager in the meantime.

Ricca said the project budget, which began in 2018, has increased for numerous reasons, including underestimated site improvement costs.

“We have found, as we have developed the project, that it is going to be a significant cost,” Ricca said about the site improvements.

Ricca said the city is hoping to apply for $5 million in ARPA funds from Solano County, saying that the navigation center “is a benefit for Vallejo but it is also a benefit for the region.”

Ricca and Hayes said the $5 million would fill the construction gap with the remaining helping with the operational budget. Hayes further added that she would like to see the navigation center have an operational fund cushion of 4 to 5 years.

The city estimates that it will cost $2.2 to $2.8 million annually to operate the center.

Sutter Health, NorthBay Healthcare, and Kaiser Permanente have pledged to provide a combined $6.2 million for the operation of the center, which will connect unsheltered persons to medical care services and job training.

In a report to the commission, city staff wrote that the medical partners “continue to want their financial contributions to support operations” and not be allocated to fill the construction gap.

Despite the funding gap, the city has already purchased structures for the center. One will be used as a dormitory and for meal distribution, a second will provide medical services, and a third will be for restroom and shower facilities.

Hayes said the structures are in a warehouse waiting to be installed once the city finds funds.

Ricca said the commission will hold a public hearing on project funding next month as the city moves about $700,000 in grant funds back to the navigation center project.

The city will also release another request for proposals regarding finding an operator for the center, Hayes said.