Capt. Jason Potts will lead the Las Vegas department that oversees the city’s jail, animal control and marshals who patrol city parks.
Share this news on: 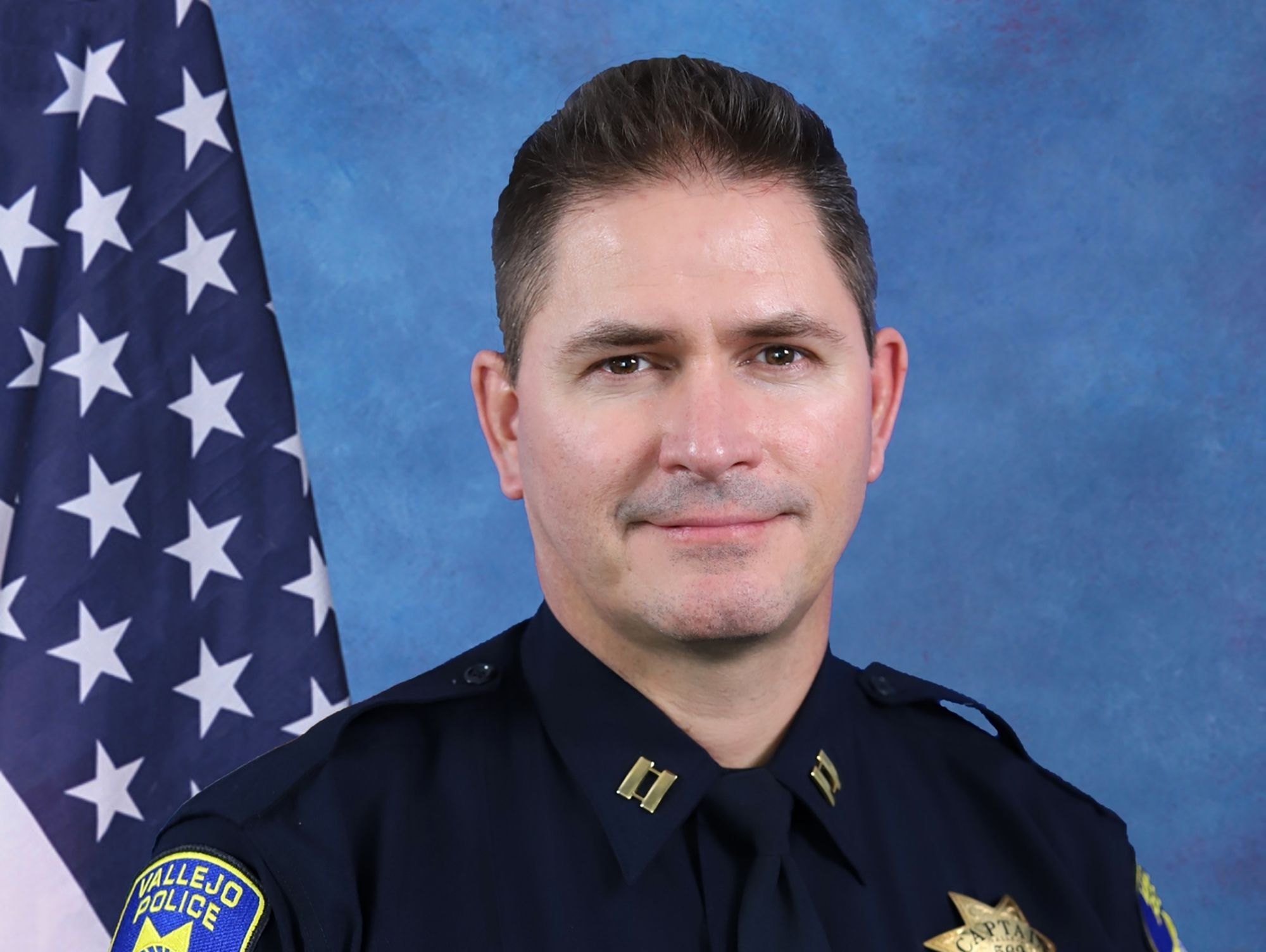 VALLEJO – Police Chief Shawny Williams is losing another member of his command staff as Capt. Jason Potts has accepted a position with the Department of Public Safety for the City of Las Vegas, Potts confirmed to the Vallejo Sun on Tuesday.

In Las Vegas, Potts will lead the department that oversees the city’s jail, animal control and  marshals who patrol city parks and the Fremont Street Experience, a multi-block covered pedestrian mall. The jail  has an inmate capacity of about 700 to 1,000. The Department of Public Safety has 400 employees and an annual budget of $83 million.

In an interview, Potts called the move an “awesome opportunity” for himself and his family but also called his decision to leave “bittersweet.”

“My family and I love the (Vallejo) area so it was also a difficult decision,” said Potts, a Vallejo native who began his career with the Vallejo Police Department in 2000. “But it was a good time to look for a new opportunity.”

Potts, who also thanked Williams for the "opportunities he has provided for me,” said he was "looking forward to leading the hard working men and women of the Department of Public Safety."

Potts has served as the department’s expert on several important issues recently before the Vallejo City Council, including getting ghost guns banned, and prohibiting residents from owning catalytic converters in an effort to curb thefts.

Potts' departure comes as Williams’ command staff has been weakened with multiple departures over the past two years, including retirements and firings.

Last November, longtime police Capt. Lee Horton retired from the department days before independent investigators with the OIR Group concluded that Horton and several other officers violated department policy during the fatal shooting of Sean Monterrosa outside a Walgreens on June 2, 2020.

In March, former-Lt. Kent Tribble testified in Solano County Superior Court that as a Concord police officer he came up with the idea for officers to bend their badges following a shooting in 2000. He brought the practice to Vallejo police in 2003. Tribble said he personally bent the badges of at least six Vallejo police officers after they were involved in shootings.

Tribble retired in early 2021, while his brother Capt. Todd Tribble is currently away from the department, according to multiple sources. Another officer testified that Todd Tribble also was involved in badge bending. The city has declined to provide information on Todd Tribble’s employment status.

The city council froze a third police captain position in February, redirecting the salary to fund several non-sworn positions. Meanwhile, Williams continues to have a vacancy with one of his two deputy police chief positions. Last October, multiple sources confirmed to the Vallejo Sun that Williams fired deputy Police Chief Michael Kihmm, who was handpicked by the chief to serve as the department’s number two.

The same week Williams fired Kihmm , the chief hired Jason Ta to serve as deputy police chief. All three served together in the San Jose Police Department before coming to Vallejo.

The two deputy police chief positions were created in October 2020 under the auspices of an emergency declared by the city at the time. City officials pointed to increased crime, the prospect of defending itself in at least two-dozen federal civil lawsuits involving the police department, and the community’s lack of trust in the department and its officers as reasons for declaring an emergency proclamation, which has since been rescinded.

However, the city kept the positions after the proclamation was lifted, leaving a layer of staff between Williams and the police captains, who are represented by the Vallejo Police Officers’ Association (VPOA). The union represents all sworn employees from captain to officer. Williams and Ta are unrepresented.

Williams was also dealt a blow in April when an arbitrator overturned his decision last year to fire Lt. Herman Robinson. The arbitrator ordered Robinson reinstated with back pay and 10% interest. According to a claim against the city last year, Robinson alleged that Williams terminated him for sending out confidential information from the department, something Robinson has denied.

Neither Williams, nor Vallejo police spokesperson Brittany K. Jackson immediately responded to questions about if an acting captain will be named when Potts leaves Vallejo. His last day with Vallejo is June 16.