The city will also hire youth and homeless coordinators and several non-sworn police positions.
Share this news on: 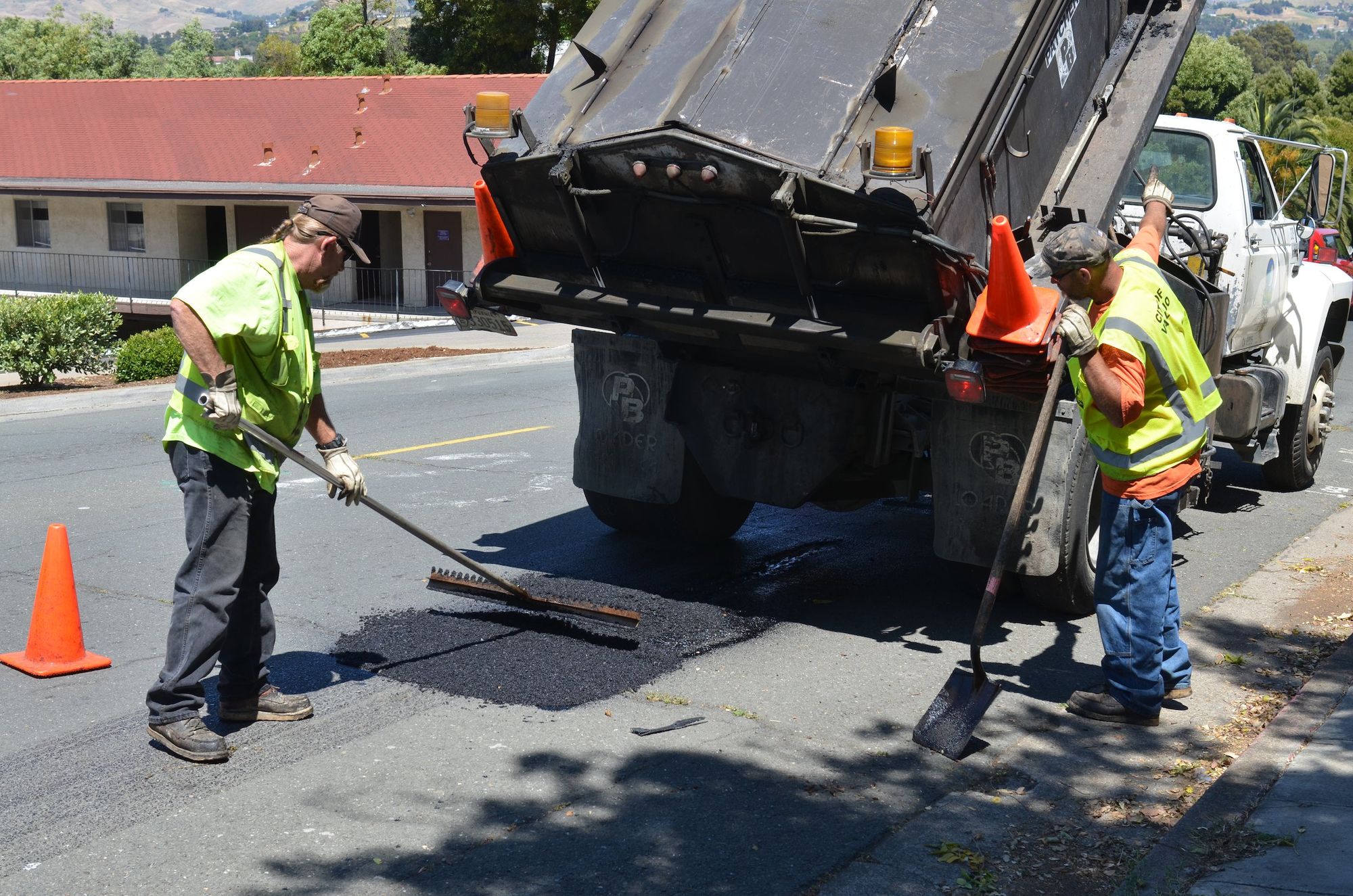 VALLEJO – The Vallejo City Council approved mid-year adjustments to the city’s budget on Tuesday by adding a youth coordinator position and allocating $500,000 toward street repair as the city attempts to address growing pothole issues throughout Vallejo.

The council’s unanimous vote was the second and final vote required to amend the city’s budget.

Following comments from council during the Jan. 25 meeting, staff returned with a handful of adjustments including adding $400,000 to street repairs to the originally recommended $100,000.

Other adjustments included spending $50,000 on software for employee evaluations and spending $66,000 to fund a full-time youth coordinator position for the balance of the current fiscal year. Vallejo’s fiscal year runs from July 1 to June 30.

Interim Assistant City Manager Terrence Davis said street repair is difficult to address since public works staff splits its time from illegal dumping and working on facilities and maintenance issues. Davis said the plan is to “add some horsepower in that particular area,” by bringing in outside help.

“Staff’s plan for that is that public works will quickly release a contract to get some additional support to deal with some of the backlog that we have in terms of potholes,” Davis told the council, adding he hopes to find the help from a source within Solano County.

For the past few months, city hall has been at odds with a group of residents, calling themselves the “Vallejo potholegate vigilantes,” who have been filling potholes throughout the city. Officials have sent the vigilantes cease and desist orders, claiming that the work is putting the city at risk for litigation.

Several councilmembers pushed for the youth coordinator position, which Interim City Manager Mike Malone said would have “many tentacles in the community” by working with nonprofits, and other organizations to bring youth-related programs and funding to the city. Malone said the position would also be key in building a better relationship between the city and Vallejo school district.

Vice Mayor Rozzana Verder-Aliga said she hoped to see the city’s youth commission be reinstated with the new youth coordinator being assigned to the commission.

“Since I started on the city council, the youth commission is something that many of us in this council have asked to be reinstated, but due to staffing issues, we have not been able to do that,” Verder-Aliga said.

Besides adding a youth coordinator, interim City Manager Mike Malone confirmed that one of the empty assistant to the city manager positions would be converted to a homelessness coordinator position.

“This organizational change will allow the police department to collect, process, and investigate crimes effectively, ensuring the integrity of crime scene investigations while providing better customer service to our community,” staff wrote in a report to the council.

Vallejo police lost a police captain when longtime employee Lee Horton retired over the 2021 Thanksgiving break. Horton retired shortly before the city released a report from the Southern California-based firm the OIR Group that found Horton and three Vallejo police detectives violated department policies leading up to the fatal shooting of Sean Moneterrosa during the early morning hours of June 2, 2020 outside a Vallejo Walgreens.

Monterrosa was shot once by Det. Jarrett Tonn, who was seated in the backseat of an unmarked police truck. Tonn fired five shots through the windshield.

The department still has two captains.

The department also saw Vallejo police Lt. Fabio Rodriguez leave the city earlier this year to become a police captain with the Napa Police Department. Rodriguez was placed on leave following the Monterrosa shooting after he allowed the police vehicle windshield Tonn shot through to be replaced.

Staffing changes also include the addition of a second assistant city manager, an assistant city attorney to help with public record requests, the elimination of one of the two deputy fire chief positions, and adding of a deputy finance director.

The city council received good news from staff who said Vallejo has a “healthy” unassigned fund balance of $22.10 million. That good news also extended to general fund revenues that are projected to increase by $5.2 million compared to when the council approved the current fiscal year budget last year.

Much of that increase — $4.9 million — comes from sales tax revenue due to gains in the auto, restaurant, hotels, and fuel industries, including an increase in online shopping, city staff wrote in a report to the council.

Additional increases also include $289,000 from property taxes and $441,000 from the city’s business license tax.

Staff further noted that Measure C revenue derived from a tax on cannabis products sold in town has decreased by $275,000 due to neighboring cities allowing cannabis storefronts to open in those jurisdictions.

On the other side of the ledger, the city will add $4.6 million in expenditures during the mid-year adjustment.

This includes an additional $200,000 being allocated to Vallejo police for materials and equipment required for training and operations, along with one-time cost for police uniforms and equipment, and one police vehicle for nine new non-sworn police officers which is proposed to cost $90,000. The department will also receive an additional $90,000 to process homicide cases and associated external forensic lab fees, staff wrote.

Entering fiscal year 2021-22, the police department was expected to account for 45% of the city’s general fund expenditures, the largest allocation to any city department. The next highest was the city’s fire department with 26%.

The Vallejo Fire Department was awarded a grant for the funding of nine new employees, which requires the city to conduct a new academy that will run for 16 weeks.

Additional city expenditures include $540,000 for the total payout to former Vallejo City Manager Greg Nyhoff, an increase of $500,000 to the city attorney’s office for legal fees to address increased personnel investigative costs, and an increase of $136,000 to support a Housing and Urban Development audit of the city’s housing division, and provide annual payment to CAP Solano to address homelessness, and seek additional grants, staff wrote.

Nyhoff disappeared suddenly from city hall over the 2021 Memorial Day weekend, citing an undisclosed medical issue. He never returned and the city council eventually approved a resignation and separation agreement of more than $500,000 with Nyhoff in early July 2021.