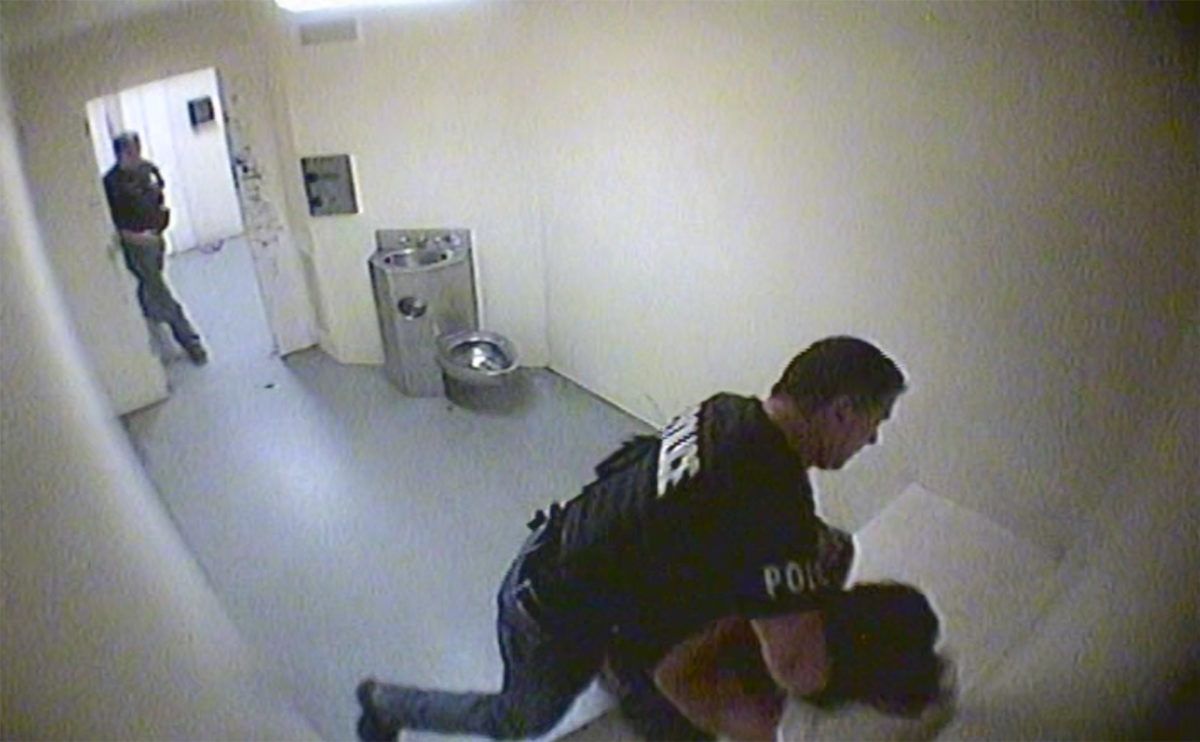 VALLEJO – A Vallejo police lieutenant with a long history of excessive force allegations, including allegedly pointing his gun at a man’s head outside an Oregon bar while off-duty, is no longer with the Vallejo Police Department.

Lt. Michael ‘Kent’ Tribble officially separated from the police department on Feb. 26, 2021, according to records obtained through a public records request.

Tribble’s departure came a little more than a month after The Appeal published a scathing article highlighting Tribble’s alleged abuse over his 18 years with Vallejo police.

A source told this news website that Tribble retired, however, Vallejo Police Department spokeswoman Brittany Jackson declined to provide the cause for Tribble’s separation from VPD.

“State law prevents the Department from releasing personnel information regarding any current or past peace officer,” Jackson wrote in an email Friday.

In its article, published on Jan. 21, The Appeal provided jail cell video from May 2012, which shows Tribble, who was a detective at the time, attack a man inside the cell.

While Enrique Cruz is seated on a bench inside the cell, Tribble suddenly leaps onto the man, slamming Cruz against the concrete wall of the cell. The detective also punches Cruz in the head before another officer enters in the jail cell and the two wrestle Cruz to the ground.

Tribble continues to punch Cruz as additional officers enter the cell and jump on the man to subdue him. Seven minutes after Tribble first entered the cell, Cruz can be seen handcuffed and in leg chains, bleeding, and barely moving on the concrete floor as the cell door is closed.

During his time with VPD, Tribble was involved in several high-profile incidents, earning him the nickname “Captain Taser” among prosecutors for his use of the device.

Five months after joining Vallejo police, Tribble was involved in a fatal shooting of Kevin Laron Smith, 27, in August 2003.

Tribble along with several other police officers were cleared in the shooting.

Seven years later, Tribble shot and killed 34-year-old Guy Jarreau Jr., while he was filming an anti-violence video, according to Jarreau’s family. Then-Solano County District Attorney Donald du Bain cleared Tribble of any wrongdoing in the December 2010 shooting, stating that the officer had no choice to shoot the New Orleans native after he fled a crime scene with a gun and drew it when Tribble cornered him in an alley.

Jarreau’s family filed a wrongful death lawsuit against the city. The case was eventually settled for $49,000 in 2017.

In September 2014, Tribble along with retired Vallejo police officers Kevin McCarthy and Kevin Coelho got into a fight outside a bar in Bend, Oregon. Dustin Pomeroy and Stuart Epps were celebrating when the officer’s began staring at the fiancé of Pomeroy’s friend.

When the friend said something, “Tribble allegedly gripped his face in the palm of his hand and shoved him into a group of people. Security broke up the fight,” The Appeal reported.

Later in the night, Epps ran into the officers and that’s when he was attacked, Epps testified during a separate case involving Tribble.

“I was pretty much pummeled to the ground,” Epps later testified, claiming that Coelho put him in a chokehold, The Appeal reported. “And as things fade to black, officer Tribble had his pistol at the end of my nose.”

Tribble, who didn’t face any charges by local police, was promoted to lieutenant in January 2017. His brother, Todd, was recently promoted to captain within the department.

Tribble’s departure comes as several other command-level lieutenants have left the department, including the firings of lieutenants Michael Nichelini and Herman Robinson.

Nichelini, who also serves as president of the Vallejo Police Officers’ Association (VPOA), was fired on March 31. Weeks before his termination, Nichelini filed a civil rights lawsuit in federal court allegedly he was subjected to harassment, retaliation and intimidation by top-ranking Vallejo city staff, including the city’s police chief.

Nichelini’s attorneys wrote in the amended complaint that Nichelini’s termination was in response to his initial lawsuit. A year prior to his termination, Nichelini was investigated for multiple reasons, including attempting to intimidate a well-known civil rights attorney by filming her during a September 2019 Vallejo City Council meeting, sending a threatening email to a journalist, who had investigated the police department, emailing a picture of an early 20th century Vallejo police badge which has an engraving of a backwards swastika, and for allegedly destroying evidence in the fatal police shooting of Sean Monterrosa on June 2.

“Defendants’, and each of them, March 31, 2021 Notice of dismissal/termination
outrageously and unacceptably attempts to paint President Nichelini as a ‘racist cop,’ an entirely unfounded and spurious allegation that effectively forever destroys Mr. Nichelini’s career, professional reputation, and personal life, all in an effort by Defendants, and each of them, to avoid the political ramifications of their own mismanagement of VPD public relations and citizen dissatisfaction with the VPD and the City’s job performance,” the lawsuit states.

A day later after Nichelini was terminated, Lt. Herman Robinson, who served with the department for 47 years, was fired for forwarding emails to former Vallejo police Capt. John Whitney.

Whitney, who was fired by the department in August 2019, has gone on to file a whistleblower lawsuit against the city, claiming he was retaliated against for raising concerns about officers bending the tips of their badges after killing someone.

“I was doing everything I could to make the Vallejo Police Department a better place,” Whitney told ABC 7 news last December.

Another high-profile departure was that of Vallejo police Lt. Kenny Park, who officially separated from the department on Dec. 30, 2020. Park gained international attention when he publicly declared during a March 2015 press conference that the abduction of Denise Huskins from her then-boyfriend Aaron Quinn’s Mare Island home was not a kidnapping.

Huskins, in fact, had been kidnapped and raped, before being released by her captor.

Matthew Muller, a disbarred Harvard University-trained attorney, was eventually arrested and charged with crimes. He was was sentenced to 40 years in federal prison for abducting Huskins.

VPD spokeswoman Brittany Jackson declined at the time to provide information on how Park separated from the department. Sources told JohnGlidden.com that Park had retired.

Todd Tribble’s promotion to captain comes as two of the three permanent captains, Lee Horton and Joe Iacono have been on extended leave.

Six months ago, the police department asked and received approval from the Vallejo City Council to add two deputy chief positions as an emergency order. A month prior, the council declared a public safety emergency by approving a Proclamation of Public Safety Emergency; that order has since lapsed.

The two deputy positions are just under Police Chief Shawny Williams, and are above the captain rank.

When asked to comment about the shifting command staff and depature of numerous lieutenants, Jackson said such changes “are a routine function of any public agency. ”

“As is the case with all police departments, Chief Williams along with the Deputy Chief’s and other command staff routinely review assignments and make decisions based upon departmental and community needs and available staff,” she added in her same email. “The Vallejo Police Department is committed to creating a culture of transparency and accountability with public safety and our community in mind. We will continue to build upon our ongoing collaborative reform efforts via Operation PEACE, our VPD Implementation plan and other initiatives centered on crime reduction, prevention, intervention and community engagement.”