Sgt. Lisa McDowell is named along with Deputy Dalton McCampbell in a high-profile lawsuit filed last year by Nakia Porter, and her father.
Share this news on: 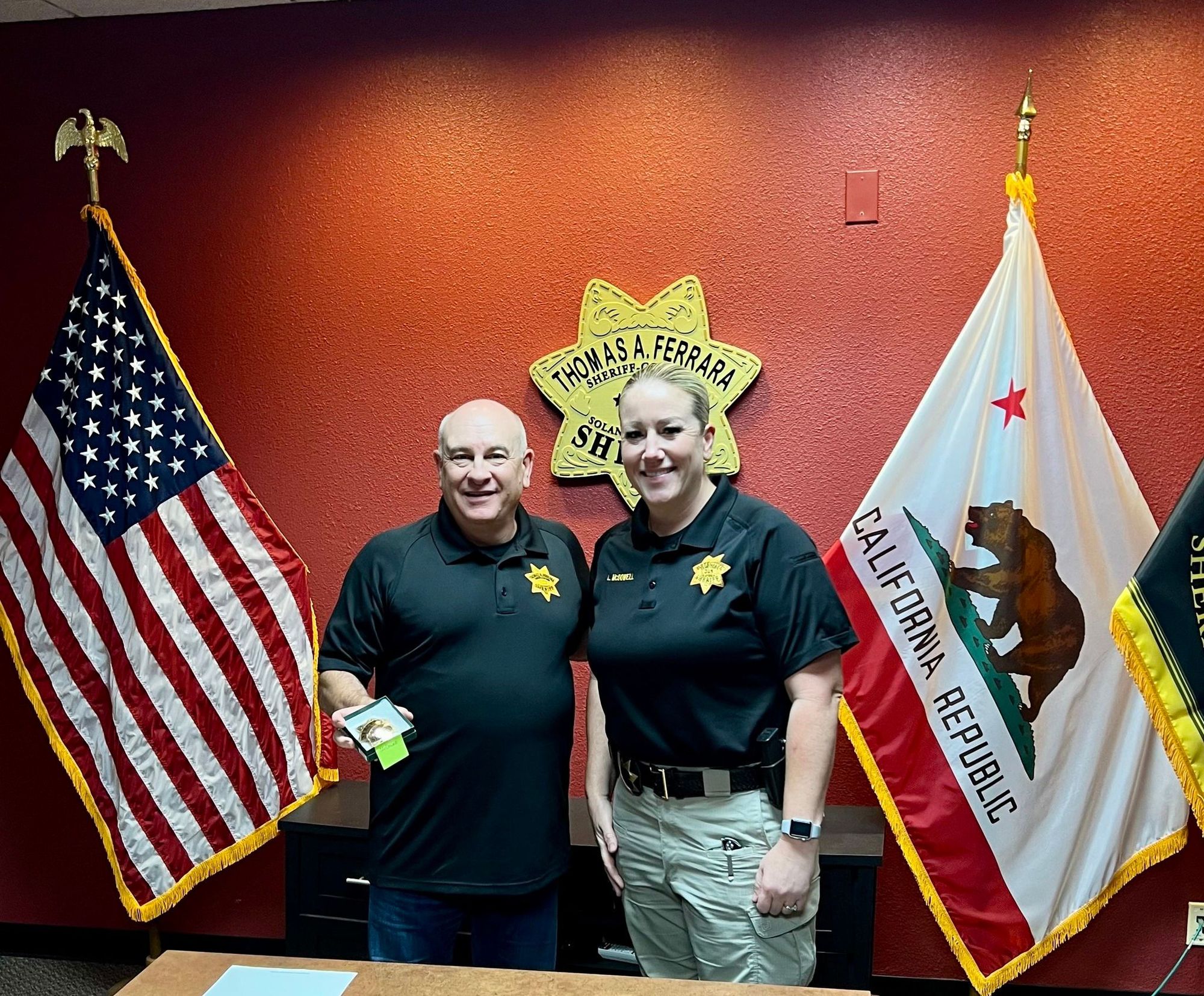 FAIRFIELD – One of two deputies involved in the beating of a Black woman following a traffic stop near rural Dixon in 2020 was promoted to sergeant on Thursday, according to a Facebook post by the Solano County Sheriff’s Office.

McDowell is named along with Deputy Dalton McCampbell in a high-profile lawsuit filed last year by the woman, Nakia Porter, and her father, J.B. Powell. The lawsuit alleges that the deputies dragged Porter away from her car and beat her unconscious without cause during a traffic stop in Dixon last year.

Porter said she had been driving home from Oakland to Orangevale in Sacramento County at about 9 p.m. on Aug. 6, 2020, but pulled over near Dixon on a dark dead-end street to switch seats with her father after she’d grown fatigued.

When Porter got to the back of the car, she noticed a sheriff’s patrol car was behind them.

McCampbell and McDowell approached Porter when she was outside of the car because her front license plate did not match the rear one. Porter later clarified that she had forgotten to switch her front plate after recently moving from Maryland.

But when the deputies approached, McCampbell’s body camera video shows the deputies ordered her back into her car. When Porter attempted to explain that she was switching seats with her father, McCampbell ordered her detained, handcuffed her and dragged her toward their patrol car, where they hit her until she was unconscious.

The lawsuit alleges that the deputies lied when they said Porter resisted arrest and lied about how long she had been unconscious. It alleges that their supervisor, Sgt. Roy Stockton, also a Vacaville city councilmember, helped cover up their conduct and notes his apparent affiliation with the Three Percenter anti-government militia group, which the sheriff’s office has declined to investigate.

The sheriff’s office jailed Porter for six hours and recommended she be charged with preventing an executive officer from performing a duty by means of threat or violence. The district attorney’s office declined to prosecute.

After the lawsuit was filed, Ferrara defended the deputies, arguing that Porter, who weighs 125 pounds, had slipped her hand out of her handcuffs and struck a deputy in the face. None of the video released by the sheriff’s office shows Porter strike a deputy.

Porter’s lawsuit was filed in August 2021. A month later, she spoke at a rally in Sacramento, where she held up dreadlocks she said were ripped from her head during the incident. Her attorney Yasin Almadani called for the deputies to be criminally investigated and for Ferrara to step down as sheriff.

The Porter incident also prompted the Solano County Board of Supervisors to consider enacting a new oversight board of the sheriff’s office, but the board eventually declined to do so. During the meeting Ferrara said that he could not discuss the Porter incident because of pending litigation.

McCampbell is a U.S. Army veteran who was hired by the sheriff’s office in 2016. He was previously involved in another incident when a man alleged that McCampbell chased and violently took him to the ground while he was surrendering in Benicia in 2017. The lawsuit was later settled for $14,700.