Dalton McCampbell was one of two deputies who arrested Nakia Porter near Dixon when Porter pulled over to switch drivers while driving from Oakland to Sacramento County.
Share this news on: 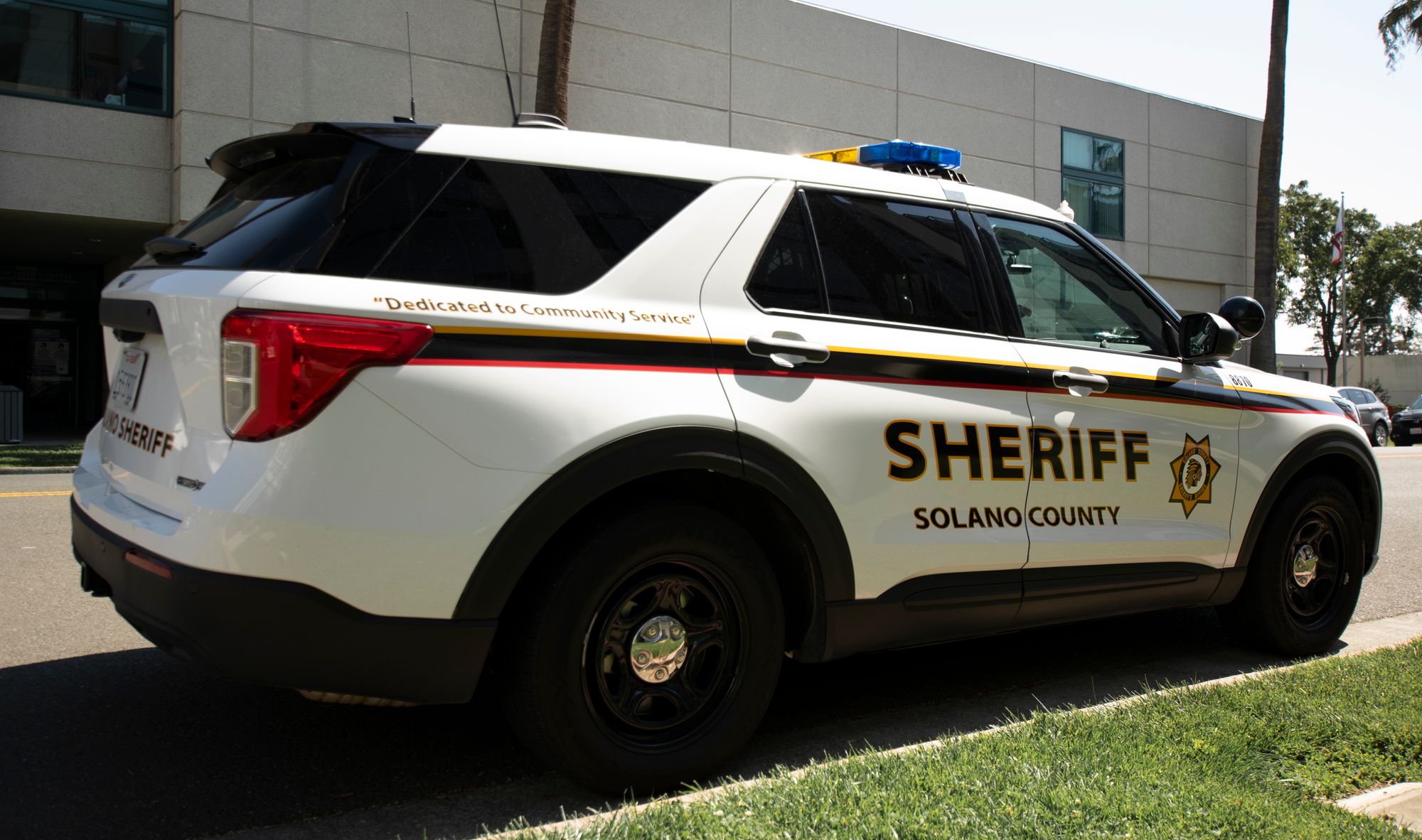 BENICIA – A Solano County Sheriff’s deputy who was sued in August for allegedly beating a Black woman unconscious without reason and lying about it in reports was sued for a similar incident in Benicia in 2017, where a man alleged that the deputy chased him down and violently took him to the ground as he was surrendering.

The lawsuit brought by Stephen Talamantes also alleged that Deputy Dalton McCampbell lied about the incident in his report, where McCampbell wrote that he saw Talamantes “enter a fighting stance and ball up his fists.” The county settled Talamantes’ lawsuit for $14,700 in 2019.

Last year, McCampbell was one of two deputies who arrested Nakia Porter near Dixon when Porter pulled over to switch drivers while driving from Oakland to Sacramento County. The deputies had stopped Porter for mismatched license plates, but handcuffed her, pulled her away from her car, and hit her until she was unconscious. Porter sued Solano County in August. The sheriff’s office has said that Porter struck McCampbell in the face, but has released no video showing her doing that.

The sheriff’s office did not respond to questions about Talamantes’ arrest nor whether McCampbell was investigated for the incident.

McCampbell, a U.S. Army veteran, was hired by the sheriff’s office in November 2016. Talamantes was arrested in Benicia about a year later, on Nov. 23, 2017. According to an incident report submitted by McCampbell and obtained by the Vallejo Sun, deputies had responded to First and West H streets in downtown Benicia shortly after 1 a.m. to assist Benicia police with a large crowd in the area.

McCampbell’s report alleges that Talamantes ignored their commands to stop and then started running. He wrote that Talamantes then stopped and turned around in a fighting stance with his fists balled up. McCampbell wrote that he “performed a front take down on Talamantes and brought him to the ground.”

McCampbell alleges in the report that Talamantes “tucked his right hand underneath his body” and he “thought Talamantes may have been trying to arm himself” so he punched him twice. Another deputy arrived and Talamantes was handcuffed. According to McCampbell, Talamantes had  a cut above his right eyebrow with swelling and cuts and scrapes on his elbows, hands and face. An ambulance was called but Talamantes was not taken to a hospital and was booked into jail.

But Talamantes’ lawsuit, filed about a year later, alleges that McCampbell made false statements in his report.  The lawsuit states that Talamantes was on his way home when he noticed two people were following him, but did not realize they were deputies. He was afraid of who might be following him and so he started running, but once he realized they were deputies he stopped and waited for them.

The lawsuit alleges that when McCampbell reached him, he immediately took Talamantes to the ground, hitting Talamantes’ head so he started profusely bleeding from his left eyebrow. McCampbell then punched Talamantes multiple times.

According to the lawsuit, Talamantes was charged only with resisting arrest. According to court records, the charge was dismissed about four months later.

The incident is one of several recent allegations of excessive force by sheriff’s deputies who have sought charges of resisting or obstructing officers that are either never prosecuted or later dismissed.

McCampbell himself was identified as the deputy who decided to detain Porter last year as she and her father were switching who was in the driver’s seat while her two young children and niece were in the back seat. McCampbell pulled Porter from her car as she was getting back into the driver’s seat, handcuffed her and then allegedly hit her until she was unconscious. Porter said that deputies pulled her braids from her head and that it took months to recover from the force McCampbell inflicted. Deputies took Porter to jail on suspicion of  resisting arrest, but the district attorney’s office declined to prosecute.

In 2019, sheriff’s Deputy Alvaro Pena punched a man in the face multiple times and slammed his head into a wall while arresting him inside a Fairfield courthouse. Pena had asked the man to leave the courtroom for talking loudly, and testified in court that the man had entered a fighting stance, but body camera video showed his back was turned when Pena grabbed him. The district attorney’s office charged the man with felony obstructing a law enforcement officer, but Judge Daniel Healy rejected that charge at a hearing earlier this month, questioning the deputy’s use of force.

The Porter incident in particular has drawn increased scrutiny on the sheriff’s office, including by the county’s Board of Supervisors, who are expected to discuss a possible oversight board for the sheriff’s office at an upcoming meeting later this month.