Attorney Yasin Almadani said that Ferrara should “do the right thing and step down” and called for an investigation by both the state and federal Department of Justice.
Share this news on: 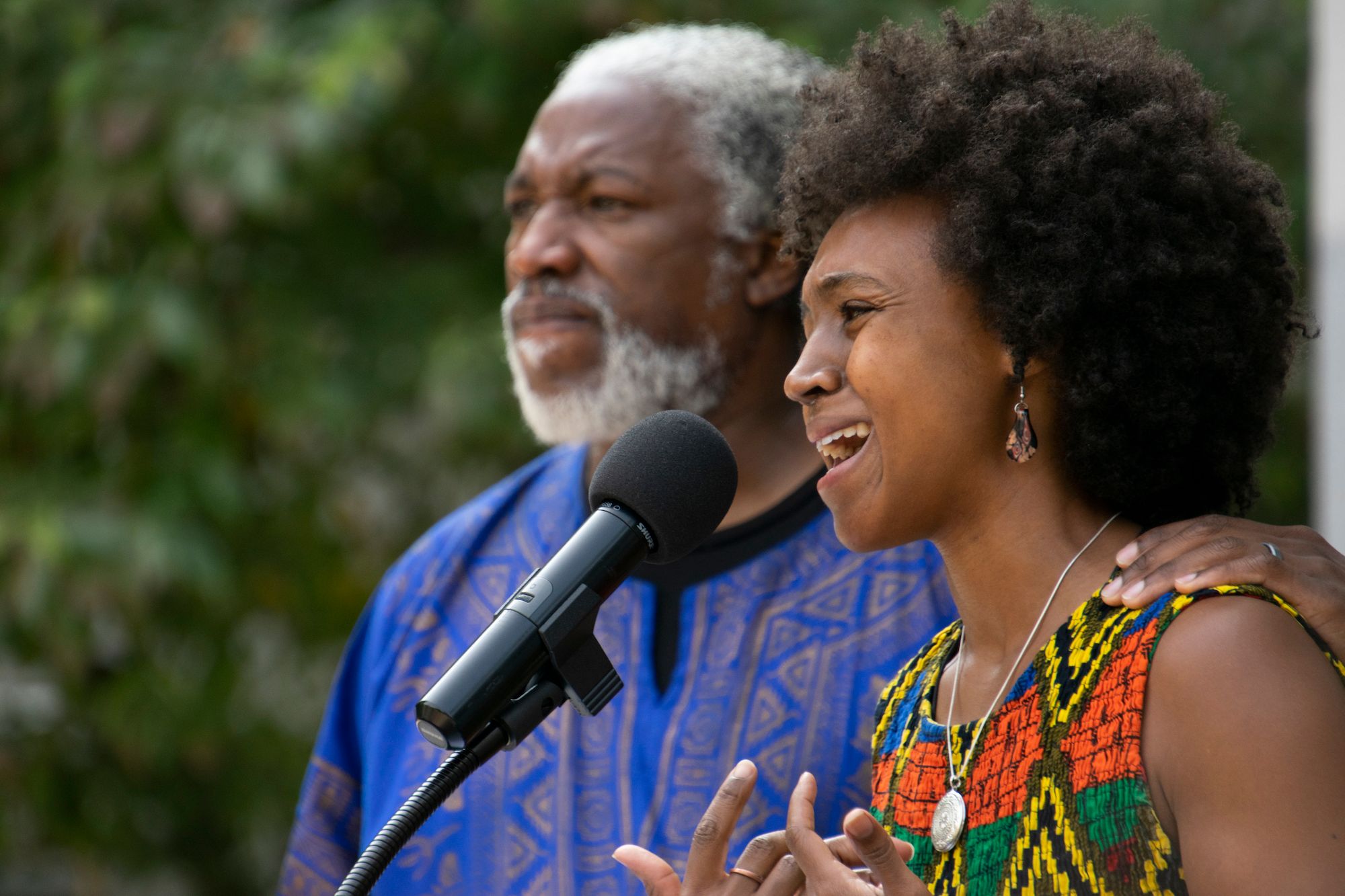 Nakia Porter speaks next to her father, J.B. Powell, during a rally in Sacramento on Wednesday that called for Sheriff Tom Ferrara to resign. Photo: Scott Morris

SACRAMENTO – Civil rights advocates called for Solano County Sheriff Tom Ferrara to resign or be removed from office at a rally in Sacramento on Wednesday for a Black woman who said she was beaten by sheriff’s deputies and arrested for no reason last year.

The woman, 33-year-old Nakia Porter, had pulled over in rural Dixon while driving from Oakland to her home in Orangevale in Sacramento County to switch seats with her father when she was stopped by Deputies Dalton McCampbell and Lisa McDowell last year. Video shows them handcuff her and pull her back to the patrol car, where she was beaten unconscious. Porter sued the sheriff’s office last month.

Ferrara’s office has defended the deputies and said that Porter punched McCampbell, but the video does not corroborate that. The sheriff’s office declined to answer any further questions about the incident.

Porter, whose two young children and niece were in the back seat of her car during the incident, said she had difficulty discussing it for a year after it happened. “I need to share my story,” she said at Wednesday’s rally outside the state Capitol. “I'm going to speak up so I can empower others to share their story. Because when we share our stories, the ones committing the crimes can't continue to do them.”

As an example of what she’d gone through, Porter held up several dreadlocks that she said had been ripped from her head as the deputies beat her.

“For those that know me, I used to have very long locks,” she said. “I cut my locks. Because my locks were ripped from the back of my head.”

Porter’s attorney Yasin Almadani said that Ferrara should “do the right thing and step down” and called for an investigation by both the state and federal Department of Justice.

“We hoped that when Sheriff Ferrara saw the lawlessness of his deputies, even he would not be able to deny that they should be criminally investigated,” Almadani said at Wednesday’s rally. “But when the sheriff saw that video, what did he do? He turned a blind eye and supported his deputies’ criminal acts.”

Other speakers, including NAACP Sacramento President Betty Williams, likened the incident to the segregated south.

“We are calling this the new Mississippi,” Williams said. “If you're going through Solano County, Black people be aware, because if you have to stop for anything late at night, early in the morning or during the day, and you are approached by Solano sheriff, you need to be aware, you need to have your cameras on and be ready.”

She pointed to the apparent support of the Three Percenter movement by sheriff’s deputies, a far-right movement that believes a second civil war is approaching. Ferrara has declined to investigate the deputies involved, saying they merely intended to show support for the Second Amendment.

“For those of you who don't know what that is, it's a group like the KKK that's rising up, and it's all in the Solano County area,” Williams said. “And we feel that it's built within the sheriff's department.”

“The sheriff's office in a public state pretended to be transparent,” Almadani said. “The sheriff says they don't have these videos. That belies other video evidence that we have. Do these videos exist? Why were they not provided? Were they deleted? We sent preservation requests and we'll get to the bottom of that.”

The rally also called for the county Board of Supervisors to create a new oversight board of the sheriff’s office. The supervisors have that power under a new state law enacted last year, but declined to even discuss the issue until after Porter’s lawsuit was filed, when Supervisor Erin Hannigan agreed to have a meeting about it. The meeting is expected to happen in late September or early October.