Then-Sgt. Sanjay Ramrakha found that Officers Christopher Hendrix and Rashad Hollis did not effectively communicate with each other or discuss other options.
Share this news on: 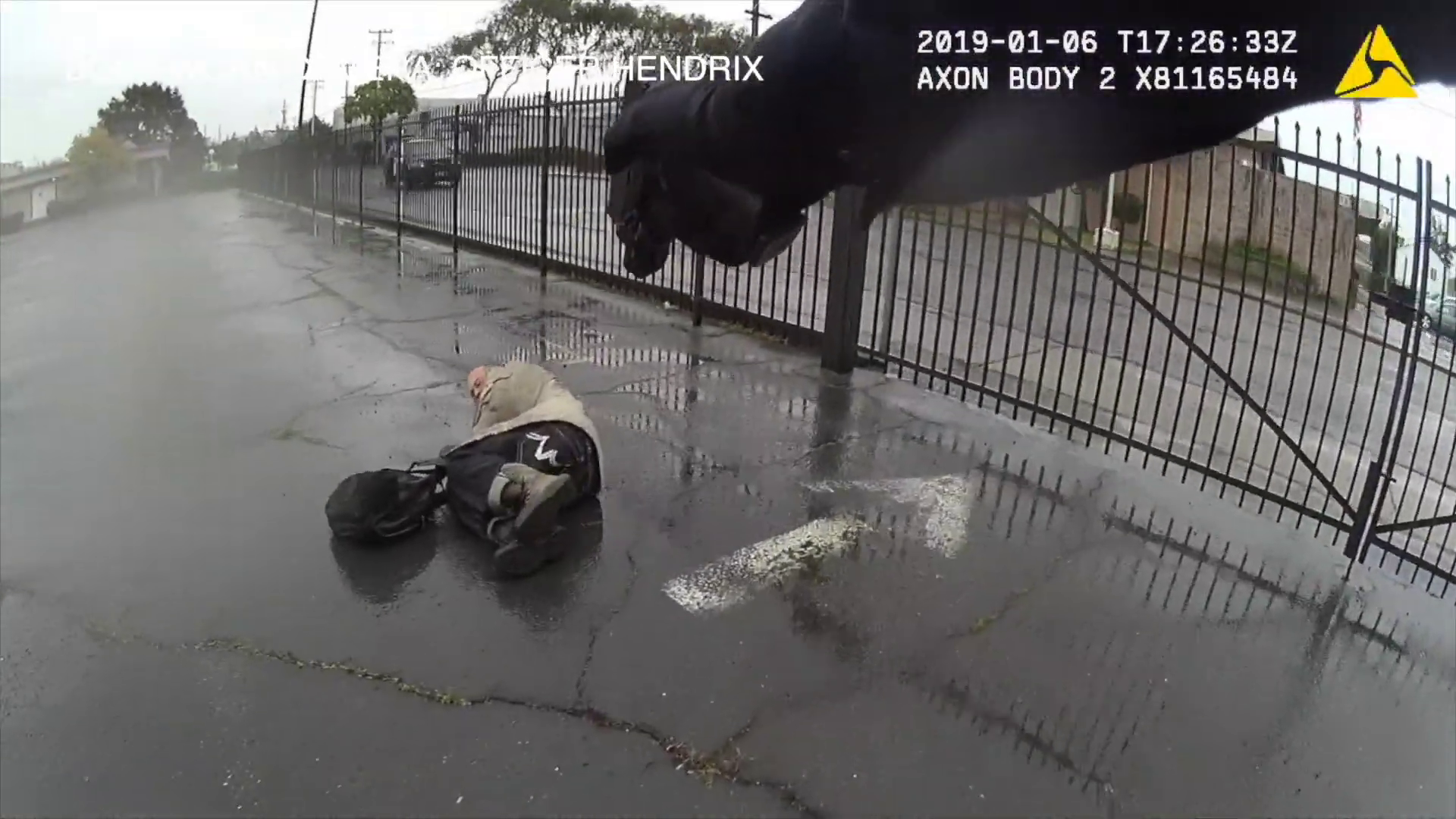 VALLEJO – A Vallejo police officer acted within policy when he shot and wounded a man with a knife who was suffering a mental health crisis in 2019, despite a litany of tactical failures in the pursuit and other issues identified by the internal investigation, newly released records show.

The records relating to the Jan. 6, 2019, shooting of Edward Gonzalez were finally made public  Friday as part of the Vallejo Police Department’s ongoing public release of records under the police transparency law SB1421, which took effect days before the shooting.

The records show that the department’s administrative review was completed in December 2020. In it, then-Sgt. Sanjay Ramrakha found that Officers Christopher Hendrix and Rashad Hollis did not effectively communicate with each other or discuss other options, did not adequately communicate the incident to police dispatchers as it was happening, and did not attempt to de-escalate the situation.

Ramrakha’s report also addressed that Hendrix shot Gonzalez four times, including twice in the back, which he justified by saying that Gonzalez had reflexively turned away and was “still on his feet, attempting to walk away, and a threat to Officer Hendrix.”

Other records recently released by Vallejo police show that Ramrakha found that an officer stepping on a restrained man’s head was “discourteous” but not a use of force. Ramrakha’s findings were later overruled by then Deputy Chief Michael Kihmm, who found that the officer should be disciplined for a use of force policy violation. Kihmm was himself later fired.

Ramrakha has since been promoted to lieutenant and is the department’s subject matter expert on force options and de-escalation and is leading the efforts to reform the department’s use of force policy. Former Vallejo police Lt. Kent Tribble recently testified that he bent Ramrakha’s badge in the early 2000s to mark a critical incident he had been involved in.

The Critical Incident Review Board convened to review Ramrakha’s report in the 2019 shooting of Gonzalez included Tribble and his brother Todd Tribble, who has also been named as someone who bent officers’ badges following on-duty shootings, as well as Capt. Lee Horton, who Kent Tribble testified confronted him about badge bending as early as 2016. Horton retired last year after he was found to have violated policies during the events that led up to the police killing of Sean Monterrosa on June 2, 2020.

Hendrix shot Gonzalez after he responded to reports of a trespasser at a closed business at 410 Nebraska St.  at about 8:30 a.m., according to Ramrakha’s report. Hendrix and Hollis responded and found a man, later identified as Gonzalez, walking in the area. Hollis drew his gun as Gonzalez walked away from them. Gonzalez climbed over a fence to a neighboring parking lot and Hendrix followed while Hollis drove to the other side of the building.

Body camera video shows Hendrix follow Gonzalez through the parking lot to the front gate, where Gonzalez tried to open it but couldn't. Gonzalez then turned and faced Hendrix and walked toward him. Hendrix shot him four times, including twice in the back.

Other officers arrived but were unable to immediately reach Hendrix or Gonzalez until they ran around and climbed a fence through a neighboring parking lot. Gonzalez remained alert and threw the knife away, but Hendrix did not provide him with medical attention until after the other officers arrived.

Ramrakha’s report found numerous issues with Hendrix and Hollis’ tactics and decision making. It questioned why Hendrix decided to pursue Gonzalez beyond the fence, isolating himself with Gonzalez, and criticized him for exacerbating the situation as he chased Gonzalez without using the vast space available in the parking lot.  “Officer Hendrix continually placed himself in a close contact position as the subject fled, ignoring any attempts to communicate or consent to his authority,” Ramrakha wrote.

Hendrix failed to alert Hollis about the knife, and if he had, the officers may not have split up. Either both officers should have followed or neither of them, Ramrakha wrote. They also failed to communicate any information over the radio, such as a description of Gonzalez, where he was running, the fact that he had a knife, where to establish a perimeter, or asking for backup at all.

And while Ramrakha recommended the department evaluate its policies and training with regard to foot pursuits, communications and de-escalation, he found that the officers acted within policy.

Gonzalez was charged with assault with a deadly weapon, resisting arrest, trespassing and brandishing a weapon. After his mental competency was evaluated, he was placed under a conservatorship and the case was dismissed.

In the records released on Friday, the city of Vallejo redacted Hollis’s name under the city’s legal theory that officers who are present during critical incidents are “witnesses” and therefore entitled to witness privacy protections under police transparency laws. A judge in San Francisco ruled last year that such protections do not apply to officers. Despite that ruling, Vallejo has continued to redact officer names in similar disclosures.

The city had already made Hollis’s name public in a critical incident video released in August 2019.