Assistant City Attorney Katelyn Knight also confirmed, for the first time, the names of the other officers present when Vallejo police shot and killed Sean Monterrosa on June 2, 2020.
Share this news on: 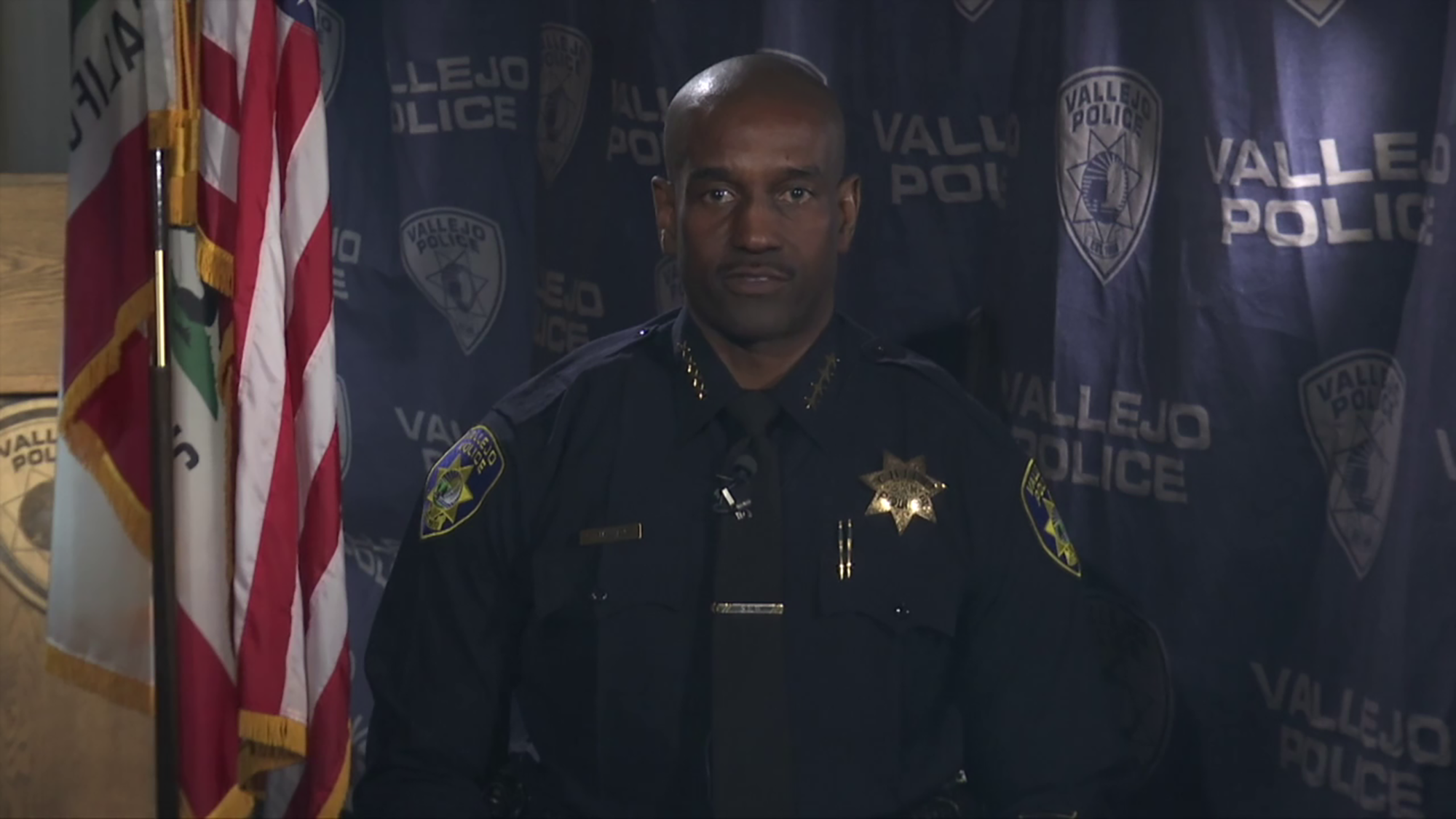 Vallejo police Chief Shawny Williams in a video about the police shooting of Sean Monterrosa made in consultation with PR firm Cole Pro Media.

VALLEJO – The Vallejo City Attorney's Office is looking to quash three subpoenas filed on behalf of the family of Sean Monterrosa as part of their federal wrongful death lawsuit against the city.

In the city’s motion, Assistant City Attorney Katelyn Knight also confirmed, for the first time, the names of the other officers present when Vallejo police shot and killed Monterrosa outside a Vallejo Walgreens on June 2, 2020.

They include, Det. Bretton Wagoner, who was driving the unmarked Vallejo police truck, and Det. Wesley Pittman, who was riding in the front seat. The city acknowledged that Capt. Lee Horton was on scene prior to the shooting. The city still hasn’t officially confirmed that Det. Jarrett Tonn shot and killed Monterrosa, 22, of San Francisco, due to a restraining order filed by the Vallejo Police Officers’ Association.

Despite that, Knight continued to argue on Thursday that the city was compelled to redact the officer names in public records disclosures, even if not in court filings.

“The fact that information may be available in other contexts (for example, because a case is part of active litigation or because a witness has made public statements) does not impact the City’s obligation to comply,” Knight said in an email to the Vallejo Sun.

Tonn was seated in the backseat of the truck as all three drove into the Walgreens parking lot while responding to a break-in at the store amid widespread looting in the city in response to the police murder of George Floyd in Minneapolis a week earlier.

Tonn, who is only mentioned as the “shooting officer” in the court documents, fired five times from the moving vehicle, hitting Monterrosa once in the back of the head. Monterrosa was killed instantly.

The OIR Group conducted a third-party administrative review of the shooting and the city released the report last December. The OIR Group found that Wagoner, Pittman and Horton all violated department policies, including failing to de-escalate the situation and unsatisfactory work product. After the shooting, Wagoner left the department to become a Napa County Sheriff’s deputy. Horton retired days before the announcement and Pittman was given a letter of reprimand.

Tonn was served with a letter of termination last December but it appears that he may be back to work after Skelly officer Marc Fox recommended that the termination be overturned. A Skelly hearing is a mandatory review hearing for law enforcement officers facing discipline.

The city and John Coyle, one of the attorneys representing the Monterrosa family, filed a joint statement last Friday. The city is objecting to subpoenas sent to Robert Giordano, Cole Pro Media, and to Critical Incident Videos.

Giordano was hired by the Vallejo Police Department following news that some members of the Vallejo Police Department bent the tips of their star-shaped badges after shooting someone. Giordano completed the report last September, but the city attorney’s office has rejected calls from the community and some members of the Vallejo City Council to release the report, claiming it is a personnel matter. That decision previously caused a public spat between the attorney’s office and police department as police officials said they were waiting on City Attorney Veronica Nebb to release the report.

“As an initial matter, Plaintiffs should not be permitted to make an end-run around the City of Vallejo by issuing a subpoena for City records to its independent investigator, '' Knight wrote in the joint statement to the court. “Further, the badge bending investigation is not relevant to any claim or defense made by Plaintiffs in this case.”

Former Lt. Michael Kent Tribble testified during a criminal case in Solano County Superior Court last March that he and another officer in Concord came up with the idea to bend badges in 2000. Tribble brought the practice to Vallejo in 2003.

Knight further argued that the family’s position that the city engaged in a Monell violation — a claim that the city’s alleged unconstitutional policies or practices led to Monterrosa’s death — should be rejected because a Monell claim does give permission to “conduct overbroad discovery — there must be some balancing and consideration given to privacy, relevancy, and proportionality.”

Coyle disagreed stating that the badge bending report had already been found as discoverable  and not protected in the wrongful death lawsuit filed on behalf of the Willie McCoy family. Six Vallejo police officers fired 55 times at  McCoy, 20, killing him outside a Taco Bell in Vallejo in February 2019.

“Similar to Plaintiffs’ theory of liability in this matter, the McCoy plaintiffs alleged that there was a custom of using and even celebrating the use of excessive force within the Vallejo police department and that the City failed to maintain any meaningful investigatory or disciplinary processes,” Coyle argued. “The plaintiffs further alleged that the badge bending custom was known to and tolerated by Vallejo policymakers.

Vallejo is seeking to block subpoenas to Cole Pro Media and Critical Incident Videos for various communications and between the city and two companies run by former journalist Laura Cole.

A senior police official informed Cole that badge bending had taken place within the department just days after news broke about the practice in the summer of 2020.

Joe Allio, then-interim assistant police chief, sent an email to Cole asking her advice about what to do next.

“On Wednesday this week I was able to confirm with a senior lieutenant that badge bending was a part of VPD history,” Allio wrote in a July 31, 2020, email to Cole.

Knight argued the documents sought are protected through attorney-client privilege.

“Counsel for the City regularly worked and communicated with consultants from Cole Pro Media and Critical Incident Videos regarding liability exposure of releasing information or the content of proposed public statements, and also provided legal advice on day-to-day matters arising in the course of their public relations work such as treatment of the City’s social media platforms as a public forum and right of publicity waiver requirements,” Knight wrote.

Coyle disagreed, stating that the burden on the city to show the existence of an attorney-client relationship.

“Here, it can hardly be said that discussion with a video editor and a public relations specialist were made for the purpose of securing legal advice,” Coyle wrote. “The City employed these individuals and directed them to produce a video and spin press releases in a manner that protected the City’s interests. The City did not interact with these individuals for their counsel regarding complicated legal matters.”

A hearing on the motion was originally set for Friday but was rescheduled by the court for June 17.