Waggoner was named in a federal lawsuit alleging he, along with several other officers, used excessive force to detain Carl Edwards outside his Vallejo building in July 2017.
Share this news on: 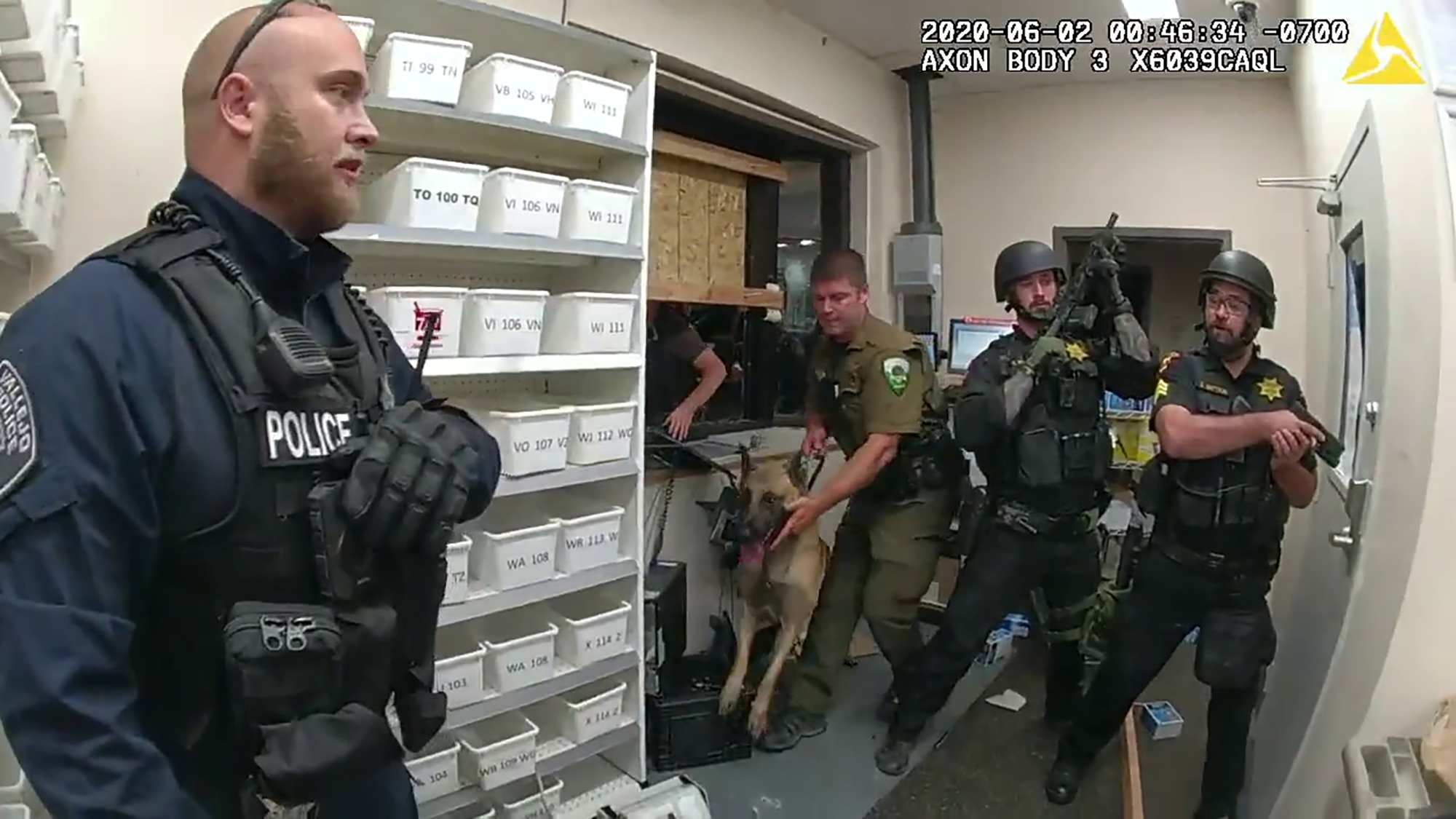 VALLEJO - The Vallejo police officer who was driving an unmarked police vehicle the morning when Sean Monterrosa was shot and killed outside a Vallejo Walgreens in June 2020 is leaving the city to join a nearby law enforcement agency.

On Thursday, the Vallejo Police Officers Association announced that Bretton Wagoner will leave Vallejo this month after eight years with the department. Wagoner’s time with Vallejo included working patrol and being assigned to the Crime Reduction and SWAT teams. “He takes his years of training and experience to the Napa Sheriff’s Office where he will, no doubt, be an asset to their organization,” the announcement on social media states.

Wagoner’s departure comes more than 15 months after Monterrosa was fatally shot by Vallejo police Det. Jarrett Tonn during a night of turbulence. The city of Vallejo has yet to officially name the three police officers involved in the shooting.

But body camera footage of the incident, the Vallejo Sun has confirmed that Wagoner and Wesley Pittman were the two officers seated in the front seat of an unmarked police truck that was responding to reports of looting at the store during the early morning hours of June 2, 2020.

Sources also confirmed the officer’s names to this news outlet.

This isn’t Wagoner’s first involvement in a high-profile incident with the public. He was named in a federal lawsuit alleging he, along with several other officers, used excessive force to detain Carl Edwards outside his Vallejo building in July 2017.

The lawsuit, filed in September 2018, alleges Edwards suffered a black eye, a broken nose, cuts to his arms, back, hands, face, head, and required stitches over his right elbow when officers tackled him outside his workshop at 433 Tennessee St. on July 30, 2017.

According to Edwards’ lawsuit, police were searching for a person who allegedly used a slingshot to shoot items at kids in the neighborhood.

Video of the incident shows Officer Spencer Muniz-Bottomley approach Edwards and grab him. Wagoner and Officer Mark Thompson, who were standing nearby, rush over. The officers struggle with him as blood pours from his face.

Following Monterrosa’s shooting, multiple news outlets named Tonn as the shooter. Tonn was seated in the backseat of the police vehicle when he pointed this rifle between Wagoner and Pittman and fired five shots through the windshield. Monterrosa was struck once and died a short time later.

The Solano County coroner’s report says Monterrosa was struck once in the back of the head.

Two weeks after the shooting, the VPOA filed a temporary restraining order blocking the city from publicly naming the officers. That legal action is ongoing.

Both the union and city claim that Tonn and his family received death threats following the shooting.

Nyhoff never mentioned Tonn's name, only that the shooter’s name was leaked. His response was in regards to an email forwarded to him from a member of the community that called into question the events of the shooting. The community member mentions Tonn’s name. No other names are written in the exchange.

Wagoner was driving the pickup, while Pittman was in the front passenger seat, which was corroborated by video from Pittman's body camera that shows the driver of the unmarked police vehicle — wearing badge number 650 — place a motionless Monterrosa in handcuffs.

Badge 650 is assigned to Wagoner, according to official records from Vallejo police.

Meanwhile, footage from Wagoner’s body camera shows the officer from the passenger seat wearing badge number 700, which is assigned to Pittman, those same records show.

Pittman’s badge number can be seen as he helps Wagoner place handcuffs on Monterrosa as Tonn’s face is blurred in the body camera videos from Wagoner and Pittman.

The incident began as all three were responding to reports of several individuals looting the pharmacy at a Walgreens at Redwood Street and Broadway.

The individuals began to flee in multiple vehicles as officers arrived. One of the vehicles struck a car being driven by Vallejo police Capt. Lee Horton. Moments before the shooting, Horton, who was not wearing a body camera, can be heard over the police radio saying that “it looks like they’re armed, possibly armed.”

Monterrosa had a 15-inch roofing hammer in the front pocket of his hoodie.

Following the shooting, then-Lt. Michael Nichelini, president of the city’s police union, and Lt. Fabio Rodriguez, were placed on paid administrative leave after it was discovered that the windshield Tonn fired through had been removed and ultimately destroyed.

Rodriguez eventually returned to work, while Nichelini was fired for sending a threatening email using his VPOA email account to a local journalist. Shortly before being fired, Nichelini filed a lawsuit against numerous city officials and the Vallejo City Council allegeding he was the subject of retaliation regarding his union-protected activity.

Nichelini has since amended that lawsuit, seeking his old job back and $10 million.