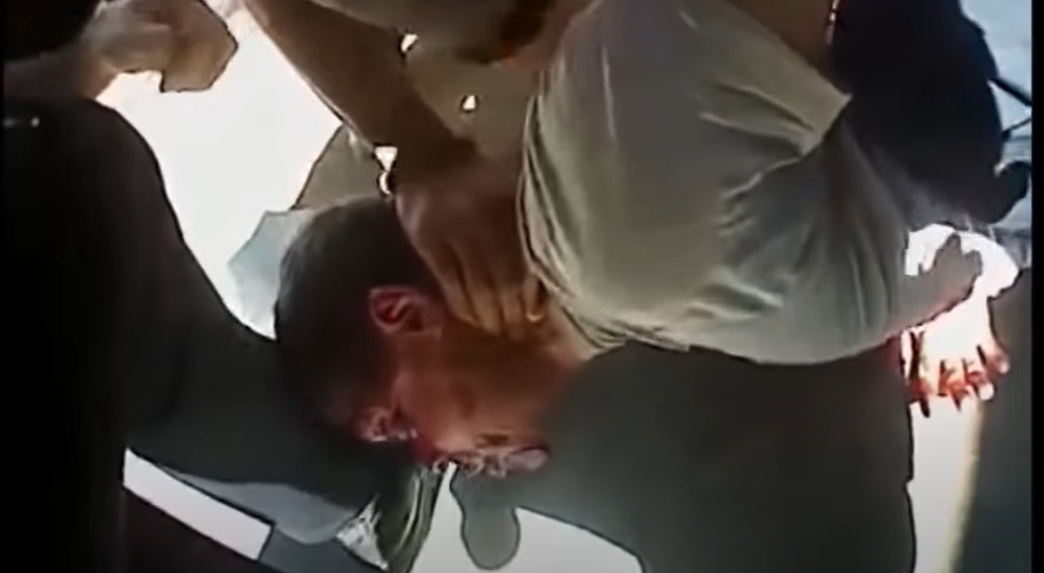 VALLEJO – A tentative settlement has been reached in a federal lawsuit against four Vallejo police officers accused of using excessive force against a man as he worked on his fence during a July 2017 incident, court records show.

Details of the agreement have yet to be made public, but they are expected to be released after the Vallejo City Council agrees to the terms.

The lawsuit, filed in September 2018, alleges Carl Edwards suffered a black eye, a broken nose, cuts to his arms, back, hands, face, head, and required stitches over his right elbow when officers tackled him outside his workshop at 433 Tennessee St. on July 30, 2017.

According to Edwards’ lawsuit, police were searching for a person who allegedly used a slingshot to shoot items at kids in the neighborhood.

Muniz-Bottomley’s body camera video from the incident was uploaded to YouTube. The video begins with the officer in his car, heading westbound on Tennessee Street before making a U-turn.

Muniz-Bottomley parks then gets out of his vehicle near the shop at 433 Tennessee St. He begins to gesture for Edwards to come away from the fence he is working on.

For the first 30 seconds of the footage, there is no sound, but then Muniz-Bottomley is heard talking to Edwards.

“Put your hands on your head, bro,” he says to Edwards. Muniz-Bottomley then states “What the (expletive)…” before grabbing Edwards, who utters his own expletives.

The camera gets covered up in the ensuing struggle as Thompson and Wagoner, who were standing at 414 Tennessee St., rush over. Once the camera clears, the video shows Edwards struggling with the officers.

“Why are you guys doing this?” he asks as his left arm is forcibly bent over his neck by the three officers as Edwards is on his back.

“Give us your hand,” an officers tells Edwards as he is flipped onto his stomach. Blood begins to pour from his Edwards’ face.

The man continues to struggle as the officers try to pull his left arm behind his back, while he is laying on his ride side. An officer is heard saying, “if you have to break, break it” in reference to Edwards’ arm.

“I didn’t do anything to you guys,” Edwards continues to protest, as officers finally get his left arm behind his back.

Once handcuffed, Edwards continues to protest that he hasn’t done anything wrong. A pool of blood is seen on the concrete as Edwards sits on steps in front of the building.

Many of the involved officers named in the Edwards’ lawsuit are no strangers to excessive force complaints.

Spencer Muniz-Bottomley was the subject of a claim filed against the city after he was seen in a now viral cell phone video punching and hitting Dejuan Hall with a flashlight in the middle of Fairgrounds Drive in North Vallejo during a March 2017 incident.

Vallejo eventually paid Hall, of Vacaville, $75,000 to settle the claim before the man could file an excessive force lawsuit against the city. Muniz-Bottomley was responding to a call of a man acting erratically at a gas station on March 10, 2017 when he was recorded chasing Hall through the street.

Hall, who was screaming he was god, sat down on the street median before Muniz-Bottomley tackled him as those watching shout in anger toward the officer.

Muniz-Bottomley was also named in an October 2016 lawsuit by Derrick Lamoris Shields who alleged he was punched, kicked, punched, and struck with a baton by several Vallejo police officers during an April 2016 incident.

In that lawsuit, Shields claimed Muniz-Bottomley struck him with a flashlight.

“As a result of the police beating, plaintiff lost consciousness, experienced bruises all over his body and spine, swollen face, fractured jaw, abrasions, and broken teeth,” the complaint alleged.

Eventually, the lawsuit was dismissed in November 2017 due to the court’s inability to serve documents to Shields as the man failed to provide his change of address to the court.

Similarly, Jimmy Brooks claimed he was beaten by several Vallejo police officers, including Muniz-Bottomley, during an August 2015 incident.

Brooks alleged he suffered a fractured ankle and fibula, and needed several stitches to his legs and upper body during an August 2015 encounter with police.

Muniz-Bottomley was removed as a defendant in the case prior to Vallejo reaching a $50,000 settlement with Brooks to end his lawsuit.

Since leaving the VPD in 2018, Muniz-Bottomley was hired by the Sonoma County Sheriff’s Office.

Besides the Edwards lawsuit, officer Mark Thompson is currently named in two other civil actions, including a wrongful death lawsuit filed by the family of Willie McCoy.

Thompson was one of six officers to fatally shoot and kill McCoy, 20, outside a Vallejo Taco Bell on the night of Feb. 9, 2019.

The six officers fired 55 bullets at McCoy in 3.5 seconds. The Suisun City man was hit 38 times, including in his heart and both lungs, according to his autopsy report.

Both Thompson and officer Bretton Wagoner are named in an excessive force lawsuit alleging officers held down a man while a K-9 officer was allowed to bite the man.

Both cases are ongoing.

The settlement is the second such agreement reached by the city over the last few months. Vallejo agreed to a $5.7 million payout with the family of Ronell Foster to settle a wrongful death lawsuit it brought against the city.

With the Edwards and Foster agreements, the city is still facing 22 federal lawsuits involving the Vallejo Police Department. Earlier this month, the Vallejo City Council declared a local public safety emergency as city officials anticipate it will cost Vallejo $50 million to settle the remaining lawsuits.

After the city’s insurance pays its portion, Vallejo could still be on the hook to pay $15 to $20 million of that total, officials said.