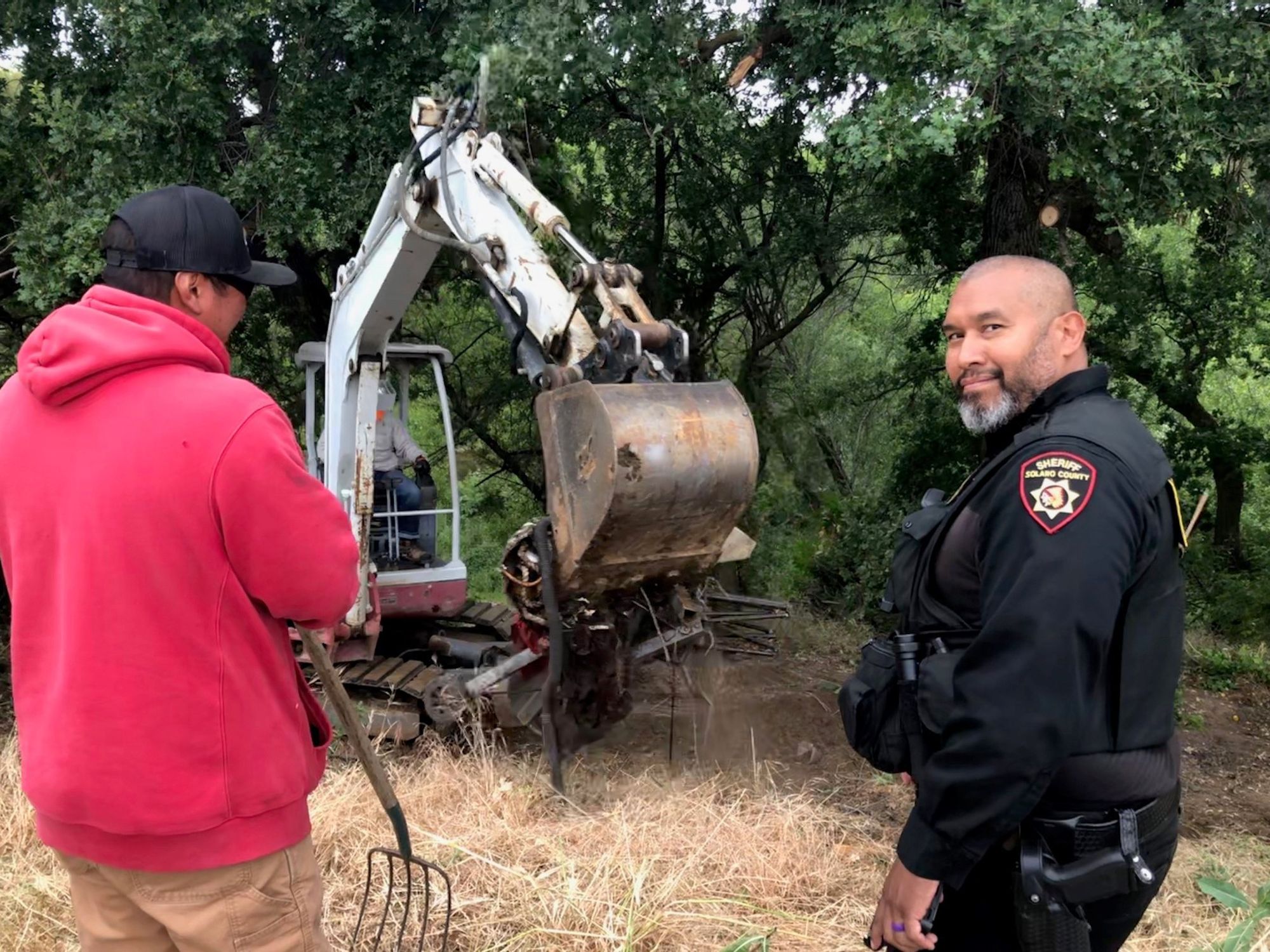 Matsuoka is the homeless outreach coordinator for the sheriff’s office and often communicates with people living in camps in Vallejo ahead of or during encampment evictions.

He was also one of three sheriff’s deputies who openly displayed Three Percenter symbols on public social media pages, as revealed in an investigative report last year.

Matsuoka, who used the online alias “Matt Daley,” left the posts public for weeks after the report was published.

Sheriff Tom Ferrara has declined to investigate the extent of extremist support in his office but said that he had conversations with the deputies and concluded that they sought to show support for the Second Amendment. He said the FBI had cleared his deputies of extremist support, a statement that the FBI later disputed.

Federal prosecutors have said that Three Percenters are known for their extreme anti-government, pro-gun beliefs and have connected them to terrorist plots across the country. A Texas man allegedly affiliated with the Three Percenters was convicted of five criminal counts last week in connection with the Jan. 6 attack on the U.S. Capitol.

The Flood and Wastewater District board is composed of members of the Vallejo City Council and Solano County Supervisor Erin Hannigan, who was absent from last week’s meeting.

The proclamation, which was presented during the board’s meeting Tuesday, states that Matsuoka worked with Solano County Compliance Officer Scott Tippett to “address the housing and health needs of a homeless encampment with over 100 residents,” while removing hundreds of tons of trash and debris near Austin Creek.

It goes on to say that Matsuoka visited sites in the area ahead of Coastal Cleanup Day to “contact unsheltered residents and let them know their belongings would be safe and they were welcome to join the cleanup activities.”

“Deputy Matsuoka is a consummate law enforcement professional, who faithfully fulfills his role and responsibilities and goes above and beyond the call of duty,” the proclamation states.

About two weeks after Coastal Cleanup Day, which was held in Vallejo on Sept. 18 last year, residents of a homeless encampment near Austin Creek received a notice that the city considered their encampment illegal. The residents refused to move, arguing that there were no viable shelter options for them. Five months later, they have not been evicted.

Vallejo Mayor Robert McConnell signed the proclamation and Vice Mayor Rozzana Verder-Aliga read it during Tuesday’s city council meeting. Verder-Aliga said in an email that she was not aware that Matsuoka had displayed Three Percenter symbols when she read the proclamation, which she said was written by Vallejo Flood and Wastewater District manager Melissa Morton. Morton did not respond to a request for comment.

“As president, it was an honor for us to create this proclamation to Recognize & Honor the many contributions of Solano County Sheriff's Deputy Dale P. Matsuoka,” McConnell’s post stated.

“Dale has been a great help with the homeless community; he works unselfishly and tirelessly for our unsheltered friends,” the mayor continued. “The City of Vallejo greatly appreciates and honors his efforts.”

Last year, McConnell said in response to the reports of deputies, including Matsuoka, displaying Three Percenter emblems that from what he knows about Three Percenters he believes it is incompatible with being a law enforcement officer and worried that such groups may have broader support in Solano County law enforcement.

“That is a classic conflict of interest and requires a stand down from the position occupied to which tax payer dollars flow for true professional performance,” McConnell said. “Anything less is not only unacceptable, unprofessional conduct, but lacks honor.”