The school board began the process of filling the vacancy after no one registered to run in November’s election for Trustee Area 1, which represents most of West Vallejo and Mare Island. The area also includes South Vallejo west of Interstate 80.
Share this news on: 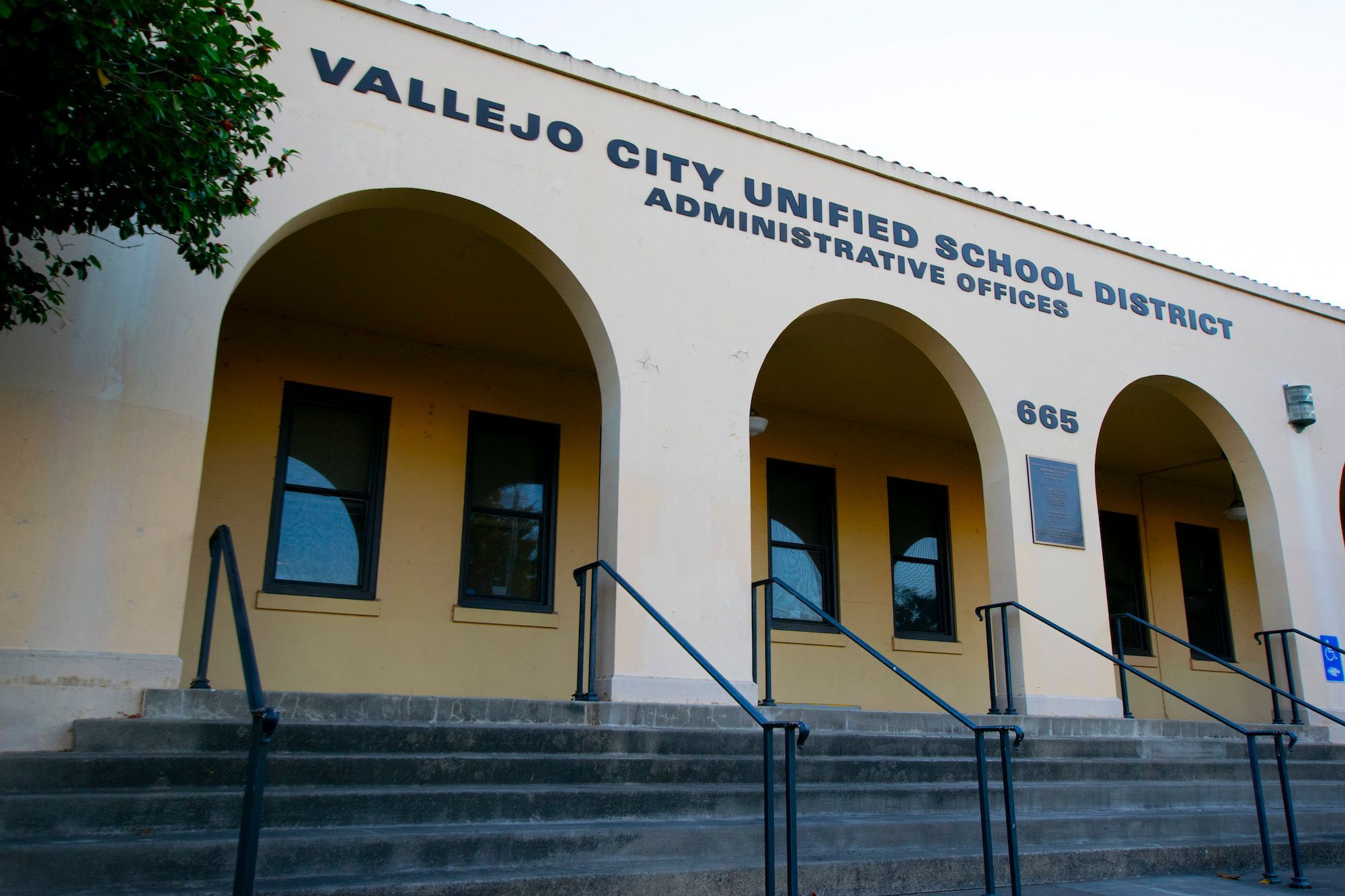 VALLEJO – The Vallejo school board is expected to appoint a new trustee on Wednesday following a second round of interviews with residents seeking to join the five-person board.

The school board began the process of filling the vacancy after no one registered to run in November’s election for Trustee Area 1, which represents most of West Vallejo and Mare Island. The area also includes South Vallejo west of Interstate 80.

Last week, the board interviewed Clarence Martin, Helen-Marie Gordon, Michael-Riley Brann, and Carlos Flores. Dedrick Weathersby and Gilbert Dodson were scheduled to be interviewed last week but did not attend the meeting.

Superintendent William Spalding said last week that 13 residents applied to represent the new trustee area but four have since dropped out and one was told they were ineligible because they live in another trustee area.

The newly appointed trustee will join the board along with district parent Glenn Amboy, who was automatically appointed to the school board when he was the only person to run to represent Trustee Area 3.

Amboy will replace longtime school board Trustee Tony Ubalde, who decided not to seek another term. Trustee Area 3 encompasses most of East Vallejo, including the Hiddenbrooke development.

Meanwhile, in November’s election, three candidates are vying to represent Trustee Area 5, which represents the Southeast part of the city, including two incumbents: John Fox and Tony Gross. Both were elected in 2018 before the district moved to district elections.

The two incumbents are challenged by Ajit S. Bhandal, who is listed on the ballot as a naturopathic practitioner. Bhandal has not responded to multiple requests from the Vallejo Sun to answer questions about his campaign.

The Area 5 winner, along with Amboy and the appointed trustee, will be sworn in during the school board’s Dec. 14 meeting.

November’s election will be the second to feature local area elections for the school board, which requires trustees to live in the area they represent.

The school board is also scheduled to get an update from Brent Zionic, chief accountability officer with the charter network Griffin Technology Academies about the status of its operations.

Zionic’s presentation is part of a September agreement reached by the district and charter network amid allegations that GTA mismanaged its finances, allowed mold to flourish inside schools, and violated the state’s open meeting law. The agreement gives the charter network time to address the issues after the board sought to revoke GTA’s charter.

As part of the agreement, GTA is required to provide a quarterly update on the status of the charter’s operations and compliance with 19 different conditions which address governance, facility, fiscal and instructional issues.

The school board voted on April 28 to send a notice of violations to each of the four charter schools as a first step in stripping the network of its charter status.

In its response dated June 6, GTA said it had addressed several concerns the school district raised, while also working to resolve other concerns. GTA proposed the “last chance agreement” as a way to show the network’s commitment to fixing those issues.

GTA operates two middle and two high schools. It was previously known as Mare Island Technology Academy, which was first authorized to operate as a charter school in 1999. The network currently has about 1,300 students enrolled.

The special meeting of the Vallejo City Unified School District Board of Education will start at 5 p.m. inside the Governing Board Room at 665 Walnut Ave. on Mare Island.