In a 179-page response the charter network released on Monday, GTA said it was in the process of remedying or had already fixed many of the allegations.
Share this news on: 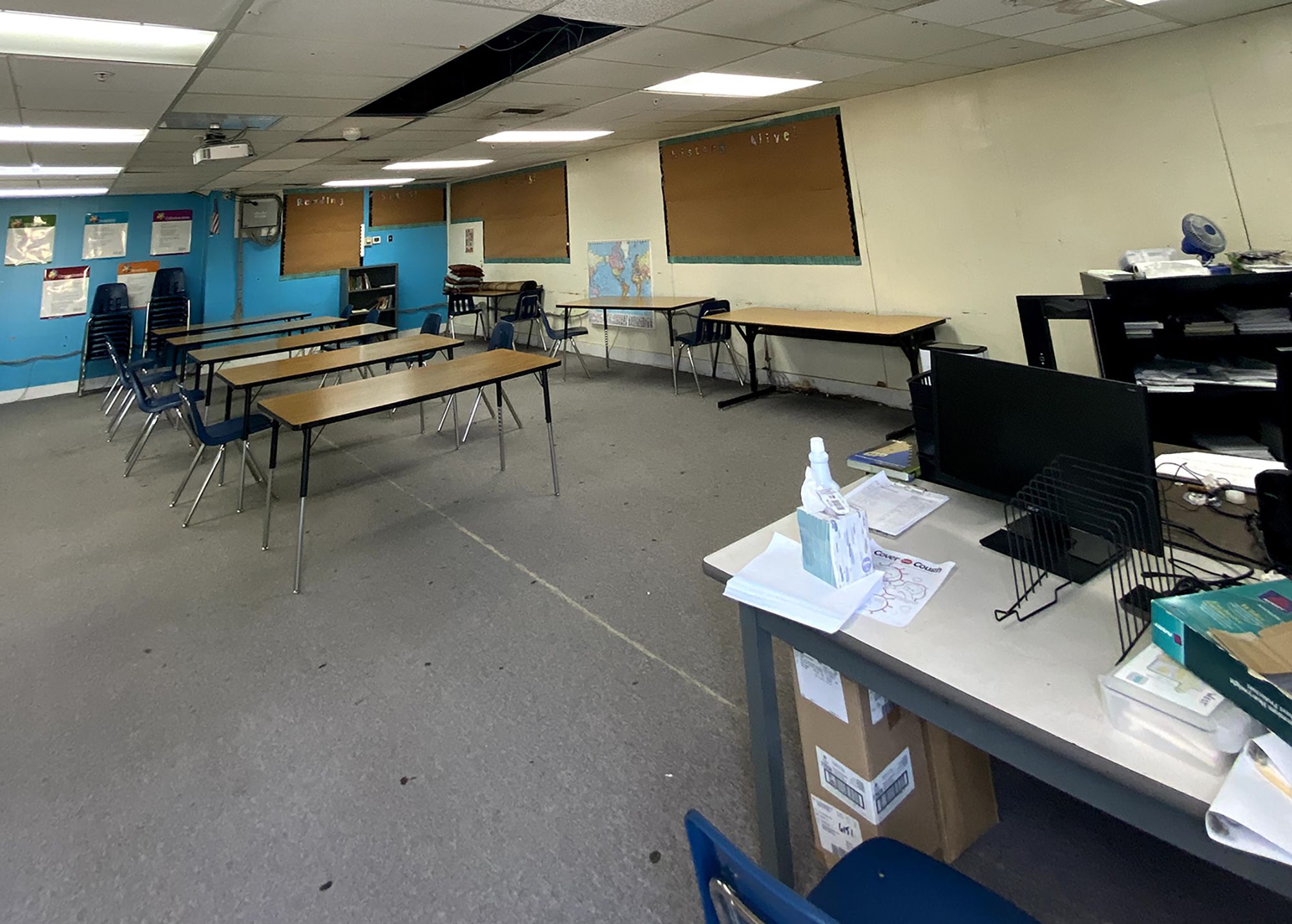 VALLEJO – The Griffin Technology Academies (GTA) Board of Directors formally responded this week to allegations of wrongdoing levied by the Vallejo school board in late April.

The Vallejo City Unified School District Board of Education voted on April 28 to send a notice of violations to each of the four charter schools operated by GTA – paving the way for the district to strip the charters of their status. The district alleged the charter board committed numerous violations, including failing to protect students, mismanaging the network’s finances, allowing mold to flourish inside school facilities, and violating the state’s open meeting law.

In a 179-page response the charter network released on Monday, GTA said it was in the process of remedying or had already fixed many of the allegations. That includes creating a chief accountability officer position, who will ensure GTA complies with the state’s open meeting law, completes  facility condition audits and completes COVID-19 safety audits. The compliance officer will also track oversight requests from the district, ensure GTA complies with all independent study requirements, and make sure financial audits are submitted on a timely basis.

The charter network also admonished the tone of the district’s notice of violations, saying the verbiage was “irresponsible, unwarranted indictments on the character and motives of the people of GTA who devote their time to serving the children of Vallejo.”

“Those indictments accusing GTA’s people of ‘callous disregard’ for children are completely uncalled for and beneath the District,” the charter network wrote. “We presume the harshest words reflect the heat of the moment of a drafter sitting at a computer picking adjectives designed to signal the gravest seriousness to a reader.”

GTA operates two middle and two high schools. GTA was previously known as Mare Island Technology Academy, which was first authorized to operate as a charter school in 1999. The network currently has about 1,300 enrolled students.

In a lengthy presentation during the special April 28 meeting, VCUSD Superintendent William Spalding said one of the GTA board’s biggest mistakes was failing to address the presence of toxic mold at its school facilities, continuing to hold regular school for three full weeks inside contaminated facilities after discovering  mold. The district said that it alerted GTA to mold in its facilities in September but alleges that GTA was aware of the problem for years and did not take action.

Responding to those allegations, GTA said the board was unaware of the severity of the disrepair prior to being noticed by the district. Calling it a “perfect storm,” GTA pointed to the COVID-19 pandemic and “poor school leadership” as reasons for the extensive mold growth at the school facilities.

GTA said that it contacted an expert when some mold spotting was discovered in 2019. The expert told the charter network to treat the surface of the mold with a chemical solution, which GTA did at the time. But with the facilities not in use for 18 months due to COVID-19, they fell into disrepair.

Then-Superintendent Robert Martinez was also blamed for minimizing the level of disrepair to the board. The charter board said social-distancing mandates prevented them from holding meetings at the school site. Hired just before the new school year, Martinez didn’t last a full school year before resigning from the position.

“We share in the District’s disappointment and great concern in those conditions,” GTA wrote.  “The Board was disappointed with GTA leadership during that era, in not meeting the standards for what needed to be done, and that individual is no longer leading GTA.”

GTA also highlighted that when the district discovered the mold, it didn’t immediately revoke the charter status for the schools. GTA argues that the charter network “was indeed demonstrably taking steps to address a very difficult situation.”

“We trust the District recognized that no such emergency basis for revocation existed then, and it certainly does not exist now,” GTA said.

The board’s letter went on to say that a $2 million remediation of the portable classrooms at 2 Positive Place will be completed by the end of the month, with final classroom preparations done by July.

Spalding chastised GTA for allegedly not following COVID-19 procedures, including by failing to direct students and staff to quarantine following close contact with a COVID-positive person. The district further alleged that handwashing stations were not working “and there was no indication of hand sanitizer or other [personal protective equipment] present,” the notice of violations stated.

“To the degree the District takes issue with unassembled hand washing stations, GTA has at all times maintained hand sanitizer stations in all classrooms and indoor spaces, and has maintenance crews ensure each day that sinks and soap dispensers in bathrooms are functioning,” GTA wrote.

In response, GTA argued that its board cured any Brown Act violation by not pursuing the transition plan, instead appointing consultant Nick Driver as acting superintendent. GTA denied that the board improperly negotiated Driver’s employment contract in closed session.

GTA said that any allegations of improper discussions of real estate in closed session are false, stating that the “closed session was conducted to address terms related to a potential lease extension, and thus, no violation occurred.”

GTA said that to show its commitment to the process, several board members have resigned including longtime board director Lynne Vaughan, who the district accused of micromanaging the work of administrators.

Spalding raised concerns about the Friends of Mare Island Technology Academy Foundation, a nonprofit established to support GTA, for leasing portables to the organization instead of donating them. The network said the foundation will dissolve itself “and transfer all of its assets to GTA’s real estate limited liability company (“LLC”), which the Foundation has agreed to do. This will ensure that all such assets are managed under the control of GTA and are subject to the same District oversight as GTA itself.”

“VCUSD’s Board of Education will look at the documents in the coming days and weeks to evaluate GTA’s corrections and responses to the Notices of Violations and Opportunity to Cure items,” Spalding said. He also confirmed that a July 6 school board meeting has been canceled.

“We anticipate including the District’s assessment and recommendations at a future board meeting this summer,” Spalding said.

GTA also released a more public-friendly 13-page document called GTA 180, which the charter network touted as a roadmap for moving forward with change at GTA.

The charter network also suggested it could enter into a “last chance agreement” with the district “to make clear in writing the expectations for GTA’s turnaround over the next school year.”

The agreement would also include the mechnicism to provide the school district “with an expedited and streamlined process and procedure for charter revocation or transition to dependent charter status if GTA is unsuccessful in ultimately remedying and maintaining its remedies in response to the core issues the District has raised in the NOV.”