Griffin Technology Academies has until June 6 to remedy or refute the alleged violations.
Share this news on: 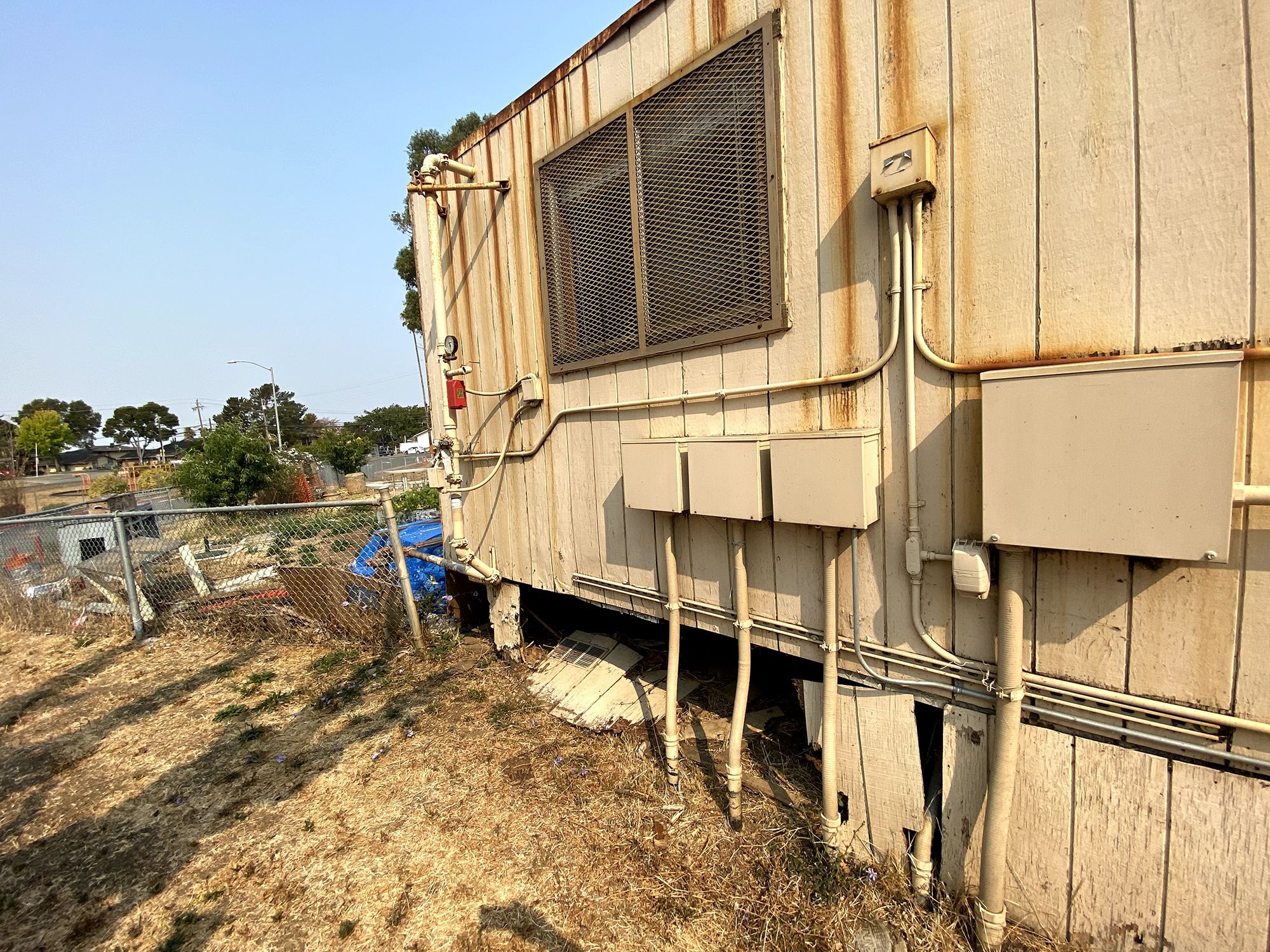 VALLEJO – The Vallejo school board took its first steps toward potentially stripping Griffin Technology Academies (GTA) of its four school charters over concerns that the organization has mismanaged finances, failed to protect students from mold infestations, and violated state open meeting law.

The five-person school board unanimously approved sending notice of violations to the GTA board of directors on Thursday, giving them until June 6 to remedy or refute the alleged violations. If the school board believes the organization hasn’t shown enough improvement, the board could continue the process of revoking the charters.

GTA operates four schools: two middle and two high schools. GTA was previously known as Mare Island Technology Academy, which was authorized to operate as a charter school under the district in 1999. The network currently has about 1,300 enrolled students.

“We don’t want to be here. We did not seek this,” Vallejo City Unified School District Superintendent William Spalding told the school board. The district sent a separate notice of violations to each GTA school.

Spalding said that under the law, as the authorizer of the four charter schools, VCUSD can revoke the charters if GTA violated the law, failed to meet generally accepted accounting principles, engaged in fiscal mismanagement, violated its charter conditions or did not meet academic standards.

In a response during the meeting, a representative of GTA said that the notices were a result of heightened scrutiny by Spalding and said that he has not worked collaboratively with the charter district.

In a lengthy presentation during the special April 28 meeting, Spalding argued that GTA failed to address the presence of toxic mold at its school facilities, continuing to hold regular school for three full weeks inside the contaminated facilities following discovery of the mold. The district said that it alerted GTA to mold in its facilities in September but alleges that GTA was aware of the problem for years and did not take action.

The district alleges that GTA administration “further compromised the health and safety of students and staff” when they asked for volunteers to move possibly mold-compromised items to the district’s former Everest Elementary School site, located at 425 Corcoran Ave. in Vallejo.

Spalding also chided the GTA board for the condition of portable buildings on the school site, presenting photos at Thursdays meeting that showed many in a state of disrepair with obvious water damage.

“This is a concern,” Spalding said. “This is a technology academy that's being conducted in third world learning environments.”

Spalding said that GTA did not follow COVID-19 procedures, including by failing to direct students and staff to quarantine following close contact with a COVID-positive person. During an August 2021 inspection of the facilities, the district said it found “no evidence” that GTA was following a COVID-19 prevention program it prepared for the 2021-22 school year.

“Specifically, windows, doors, and HVAC systems were inoperable, and there was a lack of ventilation and appropriate air filtration,” the district alleges in the notice of violations.

Handwashing stations were not working “and there was no indication of hand sanitizer or other PPE present,” the notice of violations stated. “This is inexcusable, especially given the previous representations that GTA made in affirming that it was following all applicable health and safety protocols and procedures to limit the transmission of COVID-19.”

GTA is also facing allegations of fiscal mismanagement. Spalding said GTA failed to produce documents for an auditor to complete an audit of GTA’s financial records. He said that the auditor couldn’t reconcile the general ledger accounts.

The district said that the GTA board failed to hire a sufficient number of experienced staff to manage the organization’s finances and implement proper internal financial controls. GTA hired a handful of consultants “to perform functions appropriately assigned to senior-level administration, including the positions of Superintendent and Assistant Superintendent/chief business officials, resulting in duplication of roles, confusion regarding authority, and excessive associated costs.”

The district also expressed concerns with the Friends of Mare Island Technology Academy Foundation, a nonprofit established to support GTA, after it refused to respond to requests from the district to review its cash balances. Spalding said during his presentation that he had concerns with the foundation leasing portables to the organization instead of donating them.

Spalding further alleged that GTA spent $26,000 for Disneyland tickets during the height of the COVID-19 pandemic, when the park was closed. That allegation caused GTA board chair Debbie Lamb to shake her head in disagreement.

Prior to Spalding’s presentation, Lamb addressed the school board, arguing that GTA has been “fully open and transparent.” Lamb said. She admitted mistakes have been made at GTA, but said, “there is also no question that each of Mr. Spaldings’ concerns have been addressed.”

“I know you have seen the incredibly heightened level of oversight of GTA this past year, as I have. It’s the path that your superintendent has chosen,” Lamb said in a prepared statement. “What he has not chosen to do is to sit down with us and our admin team and work together and connect. Instead, he has chosen to spend countless hours of funds on lawyers and consultants to send us notice after notice throughout most of this pandemic.”

Lamb asked the school board to vote against sending out the notice of violations or table the item to give GTA time to address issues in the documents themselves.

Only trustees John Fox, at large, and Christy Gardner spoke during the nearly two-hour meeting. Fox directed his ire at Nick Driver, GTA’s acting superintendent who was appointed in March, who left the meeting early for a doctor’s appointment.

“I was looking forward to meeting Nick Driver. I have to tell you, I’m extremely disappointed that he is not present tonight,” Fox said. “I don’t care what appointment he had, that shows me a lack of commitment, dedication to work through this process as superintendent of your organization.”

Martinez didn’t last a full school year before resigning as the board brought in Driver, a consultant hired by the GTA, to lead the charter organization.

Fox also rejected claims that the Vallejo school district was trying to “punish” GTA students. He said the district wasn’t causing the issues, it's trying to fix them.

Meanwhile, Gardner said she echoed Fox’s comments while also noting that GTA has had a good reputation of providing good education for its students.

“This is a very distressing situation for all of us,” she said. “No one wants to see this in the community of Vallejo.”