The Vallejo school board will fill a board vacancy after no one filed ran to represent West Vallejo and Mare Island.
Share this news on: 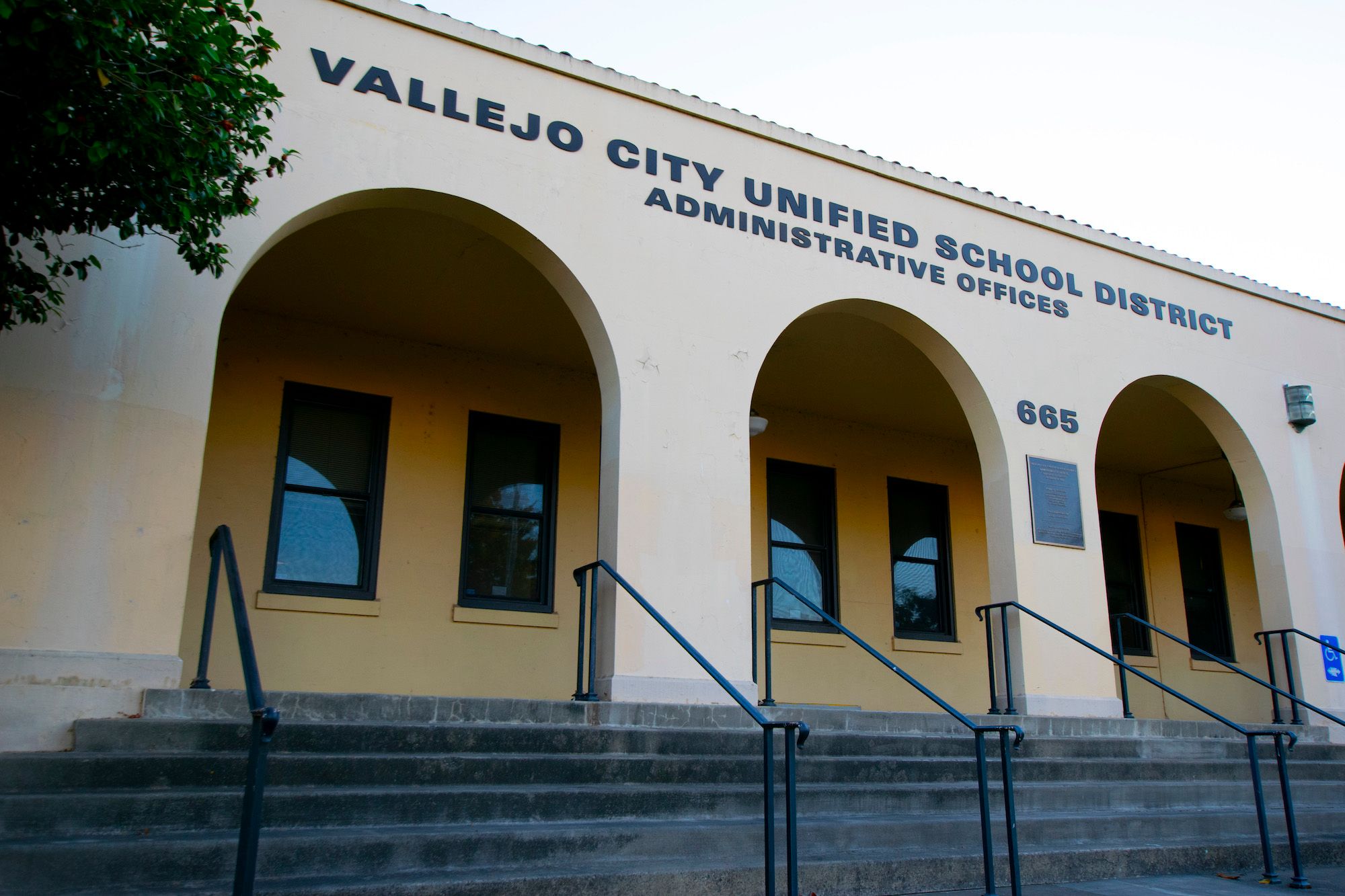 VALLEJO – Almost every school district in Solano County is facing a shortage of school board candidates in November's election as the Vallejo, Benicia and Travis school boards will each fill a vacancy after no one ran for the seat, while three other candidates will join those boards automatically as they face no opposition.

Meanwhile, two of three incumbents up for reelection this year ran unopposed in both the Vacaville and Fairfield-Suisun school districts and will automatically retain their seats.

The Vallejo school board last week started the process to fill its vacancy on the five-person board after no one filed campaign paperwork to represent Trustee Area 1, which represents most of West Vallejo and Mare Island.

In addition, parent Glenn Amboy will automatically join the board in December after he was the only person to submit candidacy paperwork to represent Trustee Area 3, which includes North East Vallejo and the Hiddenbrooke development. Amboy replaces longtime Trustee Tony Ubalde, who declined to seek reelection.

Meanwhile, in Benicia no one filed candidacy paperwork to represent Trustee Area 5, which covers all of North Benicia.  In two other potential Benicia school board races this year, trustees Sheri Zada and Mark Maselli were both automatically re-elected as they were the only ones to file candidacy paperwork. Zada will represent Trustee Area 1, which includes the Southeast portion of the city, while Maselli represents Trustee Area 4, located in the middle of Benicia.

The Fairfield-Suisun Unified School District has two incumbents running unopposed.  Longtime Trustee David Isom received a new term after he was the only person to file candidacy papers to represent Trustee Area 7, which spans the northeast portion of Fairfield. Likewise, Trustee Craig Wilson won a fresh term after he was the only one to show interest to represent Trustee Area 4, which covers Central Fairfield.

In Vacaville, two other incumbents ran unopposed: John Jansen, who represents Trustee Area 3 between Leisure Town Road and Interstate-80, and Santiago Serrato, who was appointed to the school board in January 2021 to represent Trustee Area 5, which spans Central Vacaville.

Nancy Dunn and Jacqui Nguyen will battle to represent Vacaville’s Trustee Area 1, which includes the Southeast portion of the city.

For both the Vallejo and Benicia school districts, November would have been the first election for those trustee areas since the district was split into smaller geographic areas in 2019 instead of each seat being elected by the entire city.

Spalding said the shift with many school districts and city councils is due to “a contemporary interpretation and implementation of the California Voters Rights Act.” He said several attorneys are pushing for it, “under the notion that there is a dilution of democracy.”

The Vallejo school district decided to transition from at-large to by-trustee area elections to avoid a legal challenge from a third-party like the one that led the city of Vallejo to adopt district-based elections for the Vallejo City Council in 2019.

Vallejo received a challenge letter from Southern California based-lawyer Kevin Shenkman in September 2018. Shenkman argued that the city’s at-large election format violated the California Voting Rights Act because there were no African American or Latino councilmembers on the council.

With no willing candidates for the election, now the Vallejo school board needs to find applicants for its vacant seat. Residents who wish to represent area 1 must live in the area, be at least 18 years old and a registered voter. Applications are due by Oct. 7 with the school board tentatively scheduled to interview candidates on Oct. 19. An official appointment is scheduled to take place following the interviews. Spalding said that the law requires the board appoint a new trustee before the upcoming Nov. 8 election.

Spalding recommended that board President Tony Gross and Vice President Christy Gardner serve on a committee to ensure applicants meet requirements to serve on the board. He added that the Solano County Registrar of Voters has offered to help the district check with the residency eligibility.

The superintendent advocated for applications to be mailed or hand delivered, avoiding electronic means.

“For something like this, I don’t trust email,” Spalding said. “If people are filling, for example, for candidacies they have to go down to the [elections] office and hand over [their forms].”

This will be the third board appointment since 2015. The board appointed local resident Ruscal Cayangyang in early 2015 to fill a vacancy on the board created when Richard Porter decided not to accept the position after being elected during the November 2014 election. The board also appointed Gardner in early 2019 to the seat vacated by Marianne Kearney-Brown’s December 2018 resignation.