Lt. Sanjay Ramrakha is currently heading the department’s efforts to reform its use of force policy.
Share this news on: 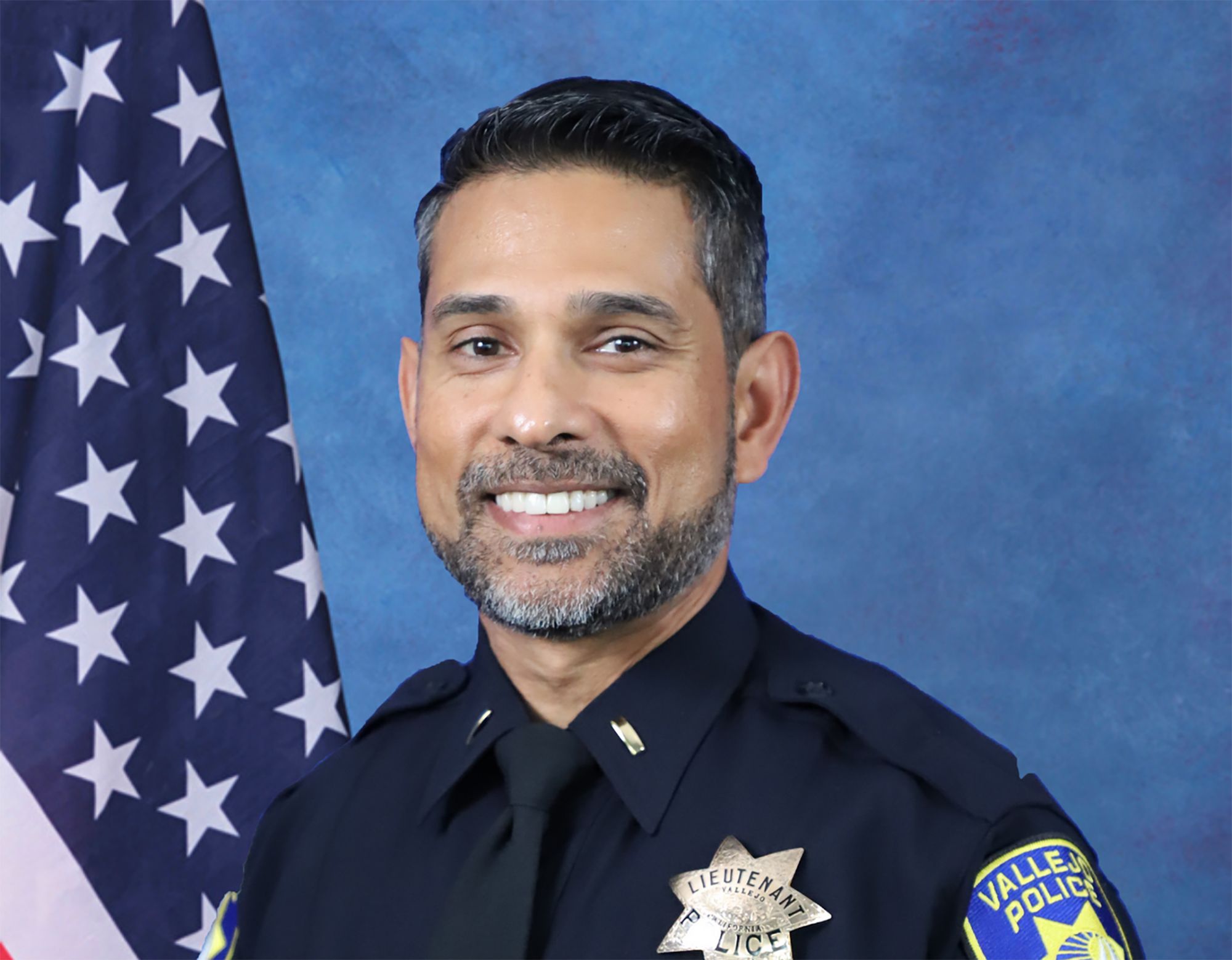 VALLEJO – A Vallejo police lieutenant who allegedly had his badge bent by a former high-ranking police official has been elevated to vice president of the Vallejo Police Officers’ Association (VPOA).

Lt. Sanjay Ramrakha, who is currently heading the department’s efforts to reform its use of force policy, replaces Det. Terry Schillinger, who is still listed on the VPOA’s website as a director on its board.

Current association President Michael Nichelini chided the Vallejo Sun in an email for asking about Ramrakha’s elevation from director to vice president of the association.

“The operation and decision making of the VPOA is not a matter of public interest. The VPOA is a private corporation. Our sole mission is to negotiate rights and benefits of our members with respect to the City of Vallejo and beyond,” Nichelini wrote in a rare response to questions from this publication. “Please do not confuse our operation with that of a public entity - like the City of Vallejo. Any and all information that the VPOA wants you or any members of the public to know is contained on our website.”

Nichelini’s email came around the same time the VPOA website was updated to show Ramrakha’s move to vice president. The site, however, lists Ramrakha as a sergeant, not a lieutenant.

“We are also very active in the community, providing college scholarships to Vallejo students, partnering with Vallejo PAL and participation/funding for other events and organizations in Vallejo,” Nichelini added. “None of our records or internal operation is open to the public or the media.”

Ramrakha’s name has been mentioned in the media several times over the past month.

Former Lt. Michael Kent Tribble testified in court last month that he started the controversial “badge bending” practice while as an officer in the Concord Police Department more than 20 years ago. Tribble, who brought it to Vallejo when he joined the force in 2003, said he bent Ramrakha’s badge in the early 2000s.

Ramrakha has recently served as an internal affairs investigator. While as a sergeant, Ramrakha said an officer acted within policy when he shot and wounded a man with a knife who was suffering a mental health crisis in 2019, newly released records show.

In a December 2020 administrative review, Ramrakha found that Officers Christopher Hendrix and Rashad Hollis failed to communicate with each other, did not adequately communicate the incident to police dispatchers as it was happening, and failed to de-escalate a situation which led to Hendrix shooting Edward Gonzalez four times, including twice in the back.

During a separate review, Ramrakha found that an officer stepping on a restrained man’s head was “discourteous” but was not considered to be a use of force. That finding was later overturned by then-Deputy Police Chief Michael Kihmm, who found that the officer should be disciplined for a use of force policy violation. Kihmm was later fired.

Last month, Vallejo police created four new service areas, assigning a member of the department’s command staff to oversee the specific area in an effort to strengthen its relationship with the community. A police lieutenant was assigned to one of the four quadrants, with Ramrakha overseeing West Vallejo, including Mare Island.

The VPOA usually declines to speak on leadership changes within its organization. Nichelini told the Times-Herald that Det. Mat Mustard’s resignation as VPOA president in early 2020 wasn’t a story.

“Changes are made to the Board of Directors all the time. Assignments change, people retire, etc,” he told the paper at that time.