The Vallejo City Council on Tuesday is scheduled to consider renaming a community park in honor of The Rev. Martin Luther King Jr., review the city’s upcoming budget, and consider flying two commemorative flags.
Share this news on: 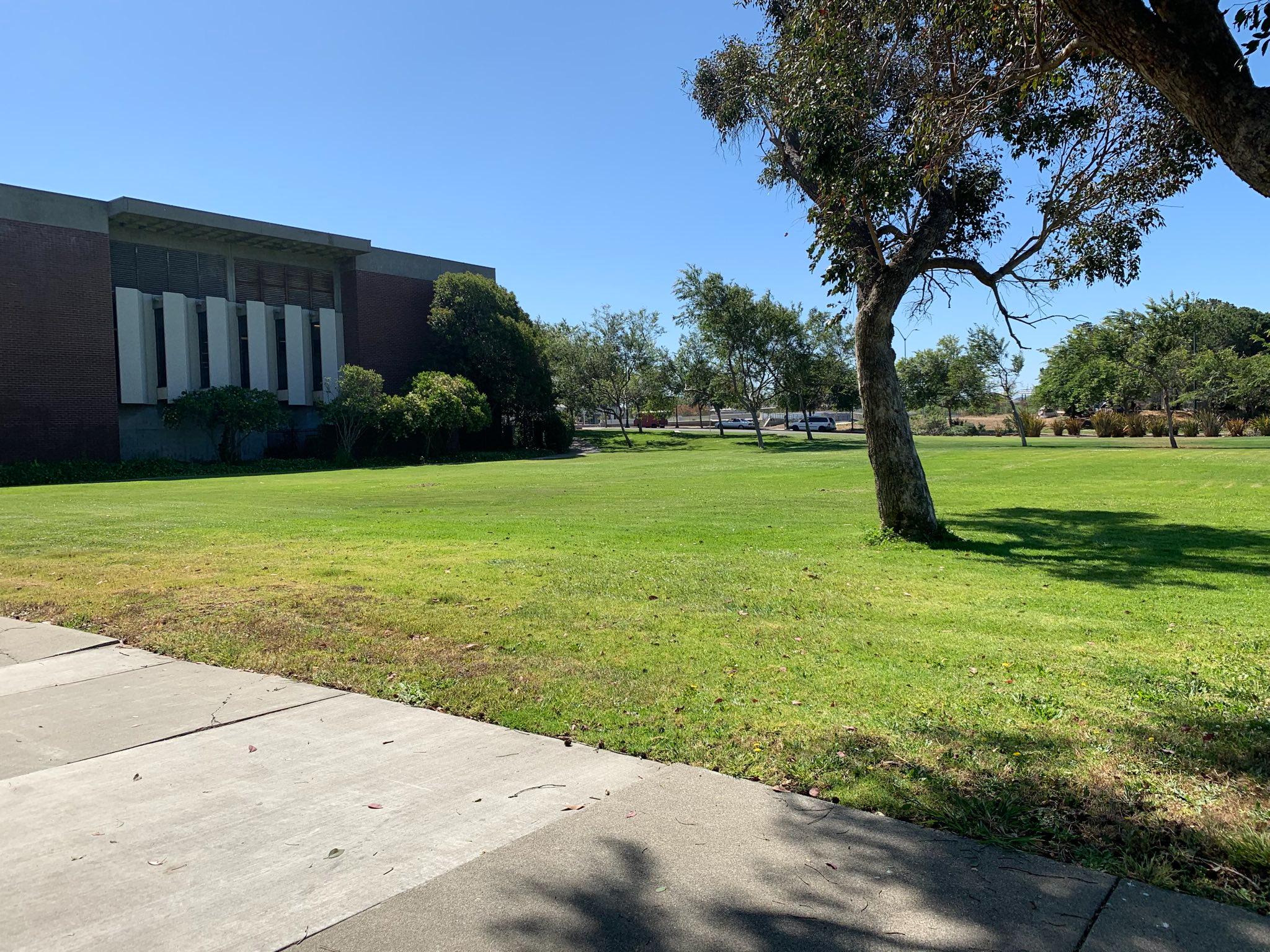 The green space behind the John F. Kennedy library in downtown Vallejo, which the council is considering renaming after the Rev. Dr. Martin Luther King Jr.

The African American Family Reunion Committee is requesting that the green space area behind the John F. Kennedy Public Library be renamed as Martin Luther King, Jr. Park. The council approved the renaming of Unity Plaza next to the library and across the street from the former post office in 2006.

Renaming  the green space “would also promote unity in the community exemplifying the historical legacy of Dr. Martin Luther King, Jr.,” according to the committee’s application to the city.

The nonprofit committee hosts the annual Juneteenth Celebration at the space each third Saturday of June. The event includes cultural displays, free health screenings, and dozens of small vendors.

The council will also be asked to approve a request from the committee to fly the Juneteenth flag on the flagpole behind city hall for the month of June. There is also a request from Solano Pride to display a Pride Flag during the same time in front of city hall

In April, the council approved the flying of the Ukrainian flag for six months at Vallejo City Hall following multiple requests from the community after Russia invaded the sovereign country in February.

The council approved a new flag policy in early January 2021, establishing the process on how flags can be displayed on city-owned flagpoles outside city hall and at the Marina Vista Memorial Park behind city hall.

Council to get first look at proposed 2022-23 budget

The city council will get its first look at the city’s proposed $290 million budget on Tuesday. The council had been originally scheduled to sign off on the budget on Tuesday but official approval was pushed back to coincide with council consideration of the Housing Authority budget during the June 14 council meeting, according to the city.

Under his first budget as city manager, Mike Malone is projecting a structurally balanced budget as general fund revenues are expected to top $131 million with expenditures to reach $130 million. The city is projecting an 8.9% increase in general fund revenue, an increase of nearly $5.5 million in sales tax revenue, and a $1.5 million increase in property tax revenue. Sales and property taxes account for a combined 59% of the city’s general fund.

“In this budget we are proposing to restore service levels diminished during the pandemic, rebuild reserves, and work to implement postponed capital projects,” Malone wrote in a letter attached to the proposed budget. “Due to surging inflation, a dramatic jump in the global price of crude oil and monetary tightening by the Federal Reserve, we are cautiously forecasting a slight increase in revenue for the coming fiscal year.”

The Vallejo Police Department is expected to receive a $4 million increase pushing it to a proposed $57.9 million budget; Vallejo police will continue to account for 45% of the city’s general fund expenditures, despite some calls for the community to redirect funding away from the force. The department had a  $45.5 million budget during the city’s 2019-20 fiscal year, which ran from July 1 to the following June 30.

According to the proposed budget, the $4 million increase includes $838,000 for salaries and benefits and $300,000 for vehicle maintenance and replacement. City hall is recommending that the number of budgeted sworn police positions remain at 132, while the force receives 12 additional non-sworn positions boosting the civilian staff from 57 to 69.

The city will also allocate a $350,000 discretionary allowance for council use. The allowance will “provide support to our local non-profits, community organizations, and other City programs that impact the quality of life for Vallejo citizens,” according to a report from Malone.

The council is also expected to provide the final approval for amending the fiscal year 2021-22 capital improvement project budget for a police department relocation feasibility study.

With Mayor Robert McConnell opposed, the council approved moving $500,000 from the general fund to the police department headquarters project budget during the May 10 council meeting. City regulations require such a move to be approved twice by the council before becoming effective. Tuesday’s vote, seen as a formality, will be the second and final vote.

The council directed city staff to begin looking at moving the police department headquarters to the current JFK library in the downtown area following community opposition of placing the police force inside a two-story building along the city’s waterfront.

Vallejo purchased the 400 Mare Island Way property for $13.5 million in early 2019 with the expressed intent of transforming it into a new police headquarters. A portion of the community opposed an idea that the city apply for a $30 million loan from the California Infrastructure and Economic Development Bank (IBank), to fund design and retrofit work to the building.

The city previously commissioned an assessment of moving the police force into the John F. Kennedy public library building, but that general assessment found that the cost for a retrofit would be equal or greater than 400 Mare Island Way.

The new study would look deeper into whether the police force would fit in the library building, while also assessing the feasibility of moving the library into 400 Mare Island Way. City staff has previously said that the weight of books has a different impact on the structure of a building and the city would need to see what type of retrofit work would need to be completed at 400 Mare Island Way should it serve as a library.

The study is tentatively expected to be completed in September.

In addition, the city council will be asked to approve a second and final reading of an amendment to Vallejo’s fireworks ordinance, in an effort to deter the use of fireworks in the city.

Under the new ordinance, people caught using fireworks can be fined $1,000, plus be expected to pay for any costs the city incurred for disposing of the fireworks and all costs related to responding to calls for service stemming from the unlawful use of fireworks.

Also, the amended ordinance would make the host of any gathering where fireworks are set off liable for the response costs.