City staff is recommending the flag be displayed on the flagpole in front of city hall for six months, with the council revisiting the issue in August.
Share this news on: 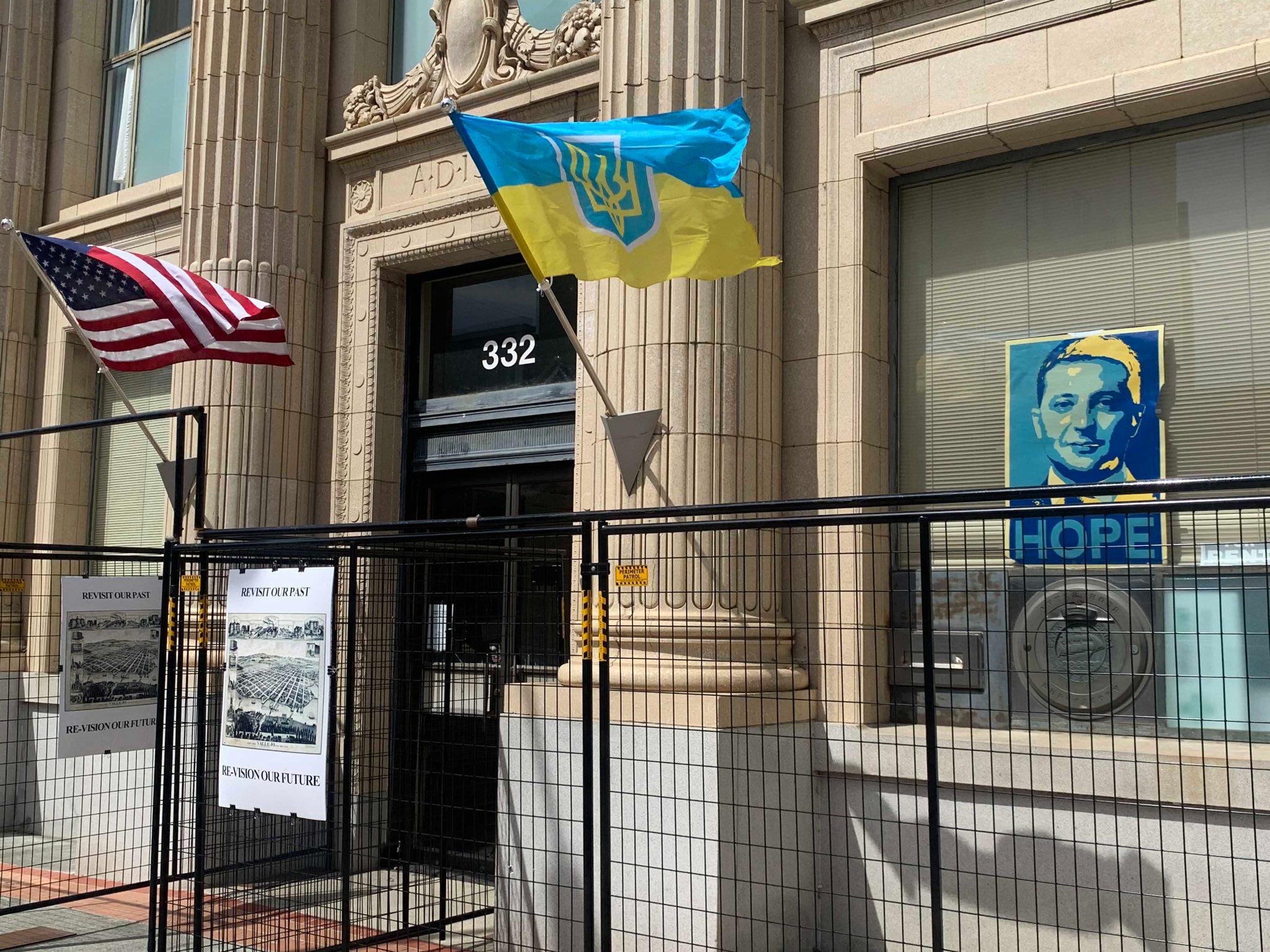 VALLEJO – In an effort to show solidarity with the Ukrainian people, the Vallejo City Council is scheduled to decide on whether to allow flying the Ukrainian flag at Vallejo city hall after the city received multiple requests from the community.

City staff is recommending the flag be displayed on the flagpole in front of city hall for six months, with the council revisiting the issue in August.

Russia invaded Ukraine in February which has resulted in at least 24,000 deaths and displaced 11 million people, according to Reuters. Flying of the flag has come to signify support for the Ukrainian population.

The condemnation from the international community increased on Wednesday when Pope Francis kissed a Ukrainian flag from Bucha, a town located outside Kyiv, where residents were shot and killed in the streets by Russian soldiers.

The deaths have been met with condemnation and promises of further sanctions against Russia.

The council approved a new flag policy in early January 2021 establishing the process on how flags can be displayed on city-owned flagpoles outside city hall and at the Marina Vista Memorial Park behind city hall.

The council is also scheduled to approve a tentative agreement and successor memorandum of understanding between the city and the International Association of Fire Fighters, Local 1186 (IAFF) which is estimated to cost the city more than $9.3 million over the next four years.

General fund expenditures are expected to increase by $209,000 during the current fiscal year, which the city said it has already budgeted for. Fiscal years run from July 1 to June 30.

The elimination of a firefighter position next fiscal year is expected to “partially offset” the estimated increase in costs, staff wrote in a report to the council.

If approved, union members will receive a 4% cost of living adjustment the first full pay period after the agreement is approved. That will be followed with similar 4% increases on April 12 of 2023, 2024, and 2025.

The firefighters’ previous contract expired on March 31. Their last cost of living raise was on July 1, 2021.

The struggle to retain city hall staff will cost the city at least $192,400 over the next six months.

The council is expected to approve an agreement with InterWest Consultant Group for senior planning personnel for 40 hours per week starting on April 18 and lasting at least six months.

“The Planning Division is operating with only half the staffing level approved by Council. This agreement will help fill the void left by the departure of a seasoned Senior Planner and provide the necessary support to review the complex planning projects being processed in the Planning Division,” wrote Christina Ratcliffe, the city’s interim planning and development services director, in a staff report to the council.

In the past few years, Vallejo has had difficulty retaining staff throughout the various city departments.

Those revelations came a month after the council approved over $7 million in cost of living increases for city employees over the next three years. The council ratified tentative agreements with two labor organizations –  the International Brotherhood of Electrical Workers, Local 1245 (IBEW) and Confidential, Administrative, Managerial, and Professional Association (CAMP) – while also adjusting the pay scale for the city’s executive members.