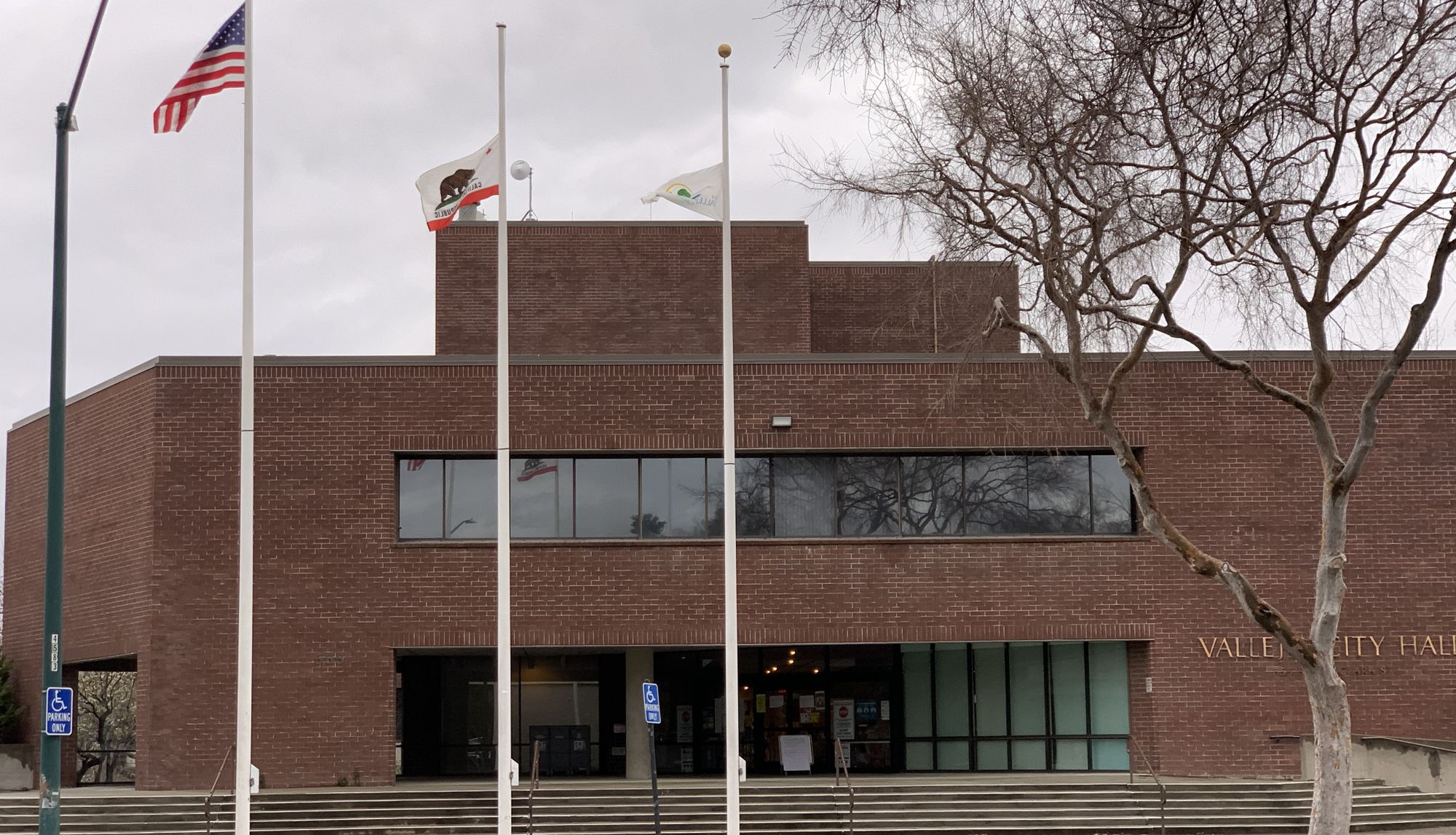 VALLEJO – The Vallejo City Council signed off on a new flag policy at its meeting Tuesday night codifying the process on how flags can be displayed on city-owned flagpoles.

The new policy requires the council first adopt a resolution authorizing the display of any commemorative flags at either the flagpole outside City Hall or the flagpole at the Marina Vista Memorial Park behind City Hall. Both areas are part of what staff calls the City Hall campus.

It also sets the order of flags to be flown on city poles: The United States Flag, California State Flag and the city’s flag with the POW/MIA being displayed in the fourth position. Any commemorative flags will be flown last.

Vallejo spokeswoman Christina Lee told JohnGlidden.com on Wednesday that the new policy came after the city received a request to fly a commemorative flag.

“We realized at that point that there was no formal policy in place to address suggestions by the public for flag flying, so we proceeded to address the adoption of an administrative policy,” she added.

Thomas Bilbo, chair of the Solano Pride Center board, said the group is supportive of the new policy.

Each June the city holds a ceremony as the distinctive rainbow LGBTQ Pride flag is officially displayed on the flagpole outside City Hall to honor Pride Month.

“We have no problem with the new policy,” Bilbo said Wednesday. “It’s fair to everyone and that’s all we ask.”

Vallejo City Attorney Veronica Nebb said the policy reinforces the city’s position that the flagpoles are strictly for the city’s speech only.

“The display of flags at City facilities is solely intended to express the City’s official sentiments as the speaker and qualifies as ‘government speech,’ staff wrote in a report to the council. “When the City is the speaker, the City may express its own sentiments and commemorate or recognize various causes, groups, and culturally or historically significant events without maintaining subject matter or viewpoint neutrality, subject to certain exceptions (e.g., religious preference and certain political speech, among others).”

Under the new policy, the city will not display a flag based on a request from third party.

Approval of a resolution authorizing the flying of a commemorative flag also requires the dates the flag will be displayed and document “City’s intended message,” according to the same staff report. The policy also gives the city manager the ability to display a commemorative flag to during a sister city event.