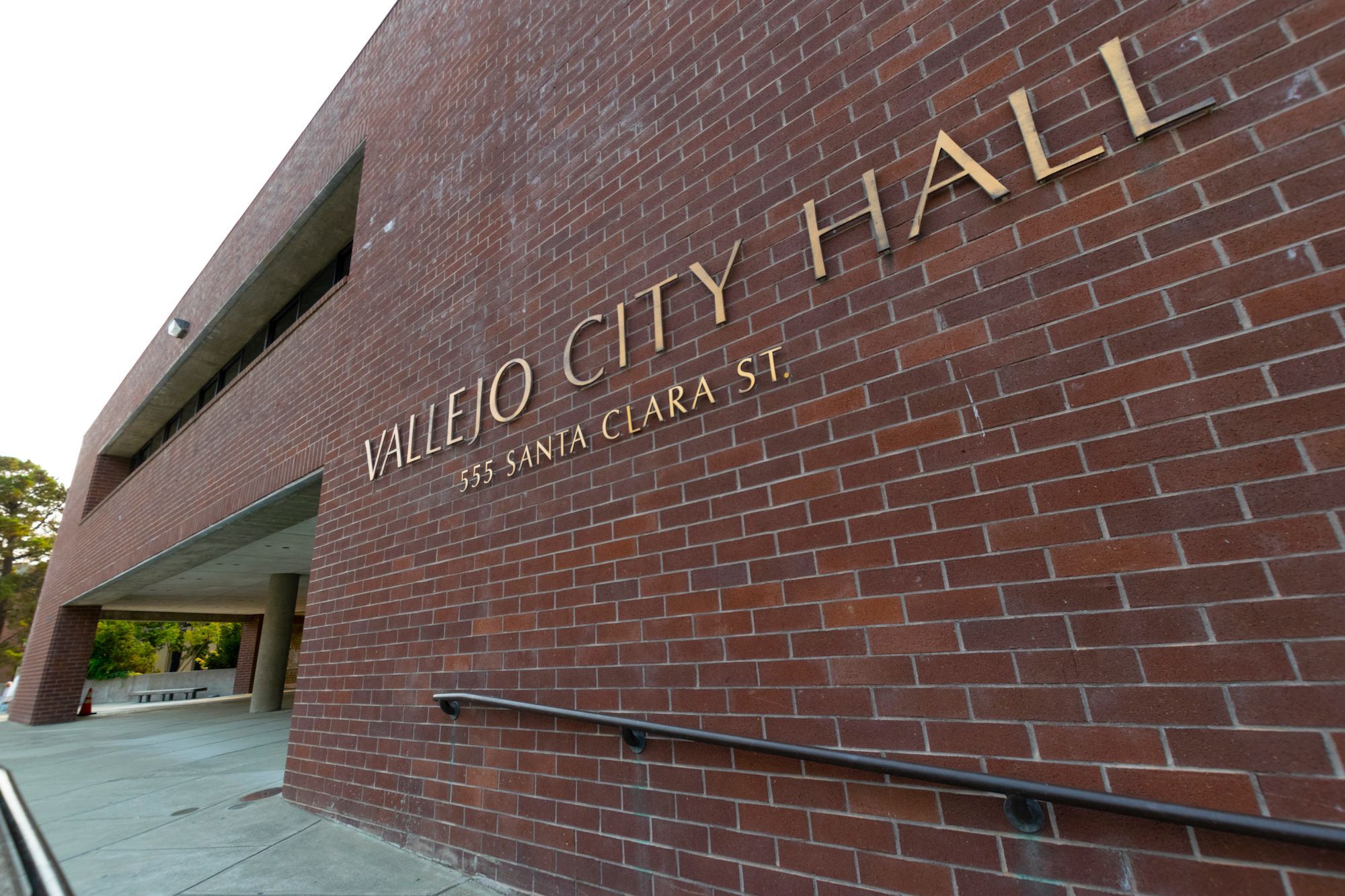 VALLEJO – Vallejo residents will vote in November whether to enact a sales tax hike to pay for road repair, addressing homelessness, and cleaning blight in the city.

“Anybody that votes ‘no’ on this tonight, that voted ‘no’ on Measure G, when they vote ‘no’ I want to know what their answer is for those problems,” said Dew.

Measure G was a similar general sales tax measure on the ballot during the November 2020 election which barely failed as 50.57% of voters rejected the proposed tax hike

On Tuesday, Dew said increasing the sales tax was the only way to collect needed revenue to address critical issues in the city.

“We need the money. We have worse streets and roads, we have more homeless people, we have more illegal dumping, and garbage all over town,” Dew said. “The only way to fix that is to increase our revenues.”

“Vallejo’s roads, our public spaces, our buildings, they are in disrepair,” said Assistant City Manager Terrance Davis. “Lack of investment, lack of maintenance for years and we have gotten to the position where we need to look at alternative ways to invest in that infrastructure.”

Following Dew’s comments, McConnell said he would be voting ‘no.” The dais microphones picked up an “of course” from a council member in response to McConnell’s declaration.

McConnell said “absolutely,” before continuing, “may I caution all councilmembers to refrain from personal attacks upon their colleagues. It’s a violation of the ethics so if you disagree with somebody, base it upon the merits but don’t get into the name calling, which is starting to be recurring too frequently with this council.”

The mayor said he supports a special tax to fund infrastructure repair. City hall originally sought a special tax, but those plans were stopped when a polling firm hired to survey 500 residents revealed that such a tax measure was likely to fail. The poll found that about 60% of residents had an unfavorable opinion of the city council, while 67% said they had an unfavorable opinion of the city government overall.

Vallejo’s roads rank as ‘poor’ on the Pavement Condition Index (PCI) which measures the status of road conditions on a scale from 0 to 100.

The city’s average PCI is 48, which is expected to slip into the high 30s over the next five years if no additional funding is allocated toward road repair, Davis explained.

Davis said in June that the city spends about $4 million each year on roads and the city would need to spend $30 million to keep the PCI at its current level. If the city spent $45 million annually the average PCI would increase to 53 by 2026.

McConnell said he wanted the people to have the chance to decide how the money would be spent.

“Councils come and councils go, staff comes, and staff goes, and with it, priorities change,” McConnell said. “Everybody who is an elected official wants to make people happy and give them the money that they ask for.”

That caused Dew to respond, stating that residents voted in council members, who will represent them and make choices on their behalf.

“I think the voters know what they are doing, and I think that we should give them an opportunity and show that we support them for having that ability,” she added.

Dew also rejected an argument from Arriola, who said the generated revenue wouldn’t go toward the needed services.

The atmosphere was tense as Miessner called out Arriola to start the council discussion.

“The threshold for a special tax, I’m talking to Councilmember Arriola, because I think you don't understand how taxes work, takes 67% percent to pass,” Miessner said, looking toward Arriola.

Later, Arriola thanked Miessner for “educating” her on sales tax.

Miessner responded to McConnell’s request that council members show decorum and said the same standard should apply for council members over social media. She didn’t provide any additional information.

Both Miessner and Arriola spent time discussing whose respective districts suffered from more problems. Miessner, who was elected to a citywide seat but lives in District 4, which includes Mare Island and the North Waterfront area, said she doesn’t “live in the nicer east side, or nicer Glen Cove.”

Arriola, who represents South Vallejo, said most of her district is poverty stricken.

“Those people in South Vallejo don’t have tax money to spend, they don’t have money to pay, not at all, not when they’re living on food stamps and assisted living,” Arriola added.

Arriola went on to question certain services promised to the community, saying the city has squandered grants and other funding sources.

“Where’s our navigation center?” Arriola asked. The project has been besieged with delays, funding issues, and staffing concerns for years. The proposed 125-bed navigation center would serve the city’s unsheltered residents. The project suffered another setback as the city confirmed last December that human habitation isn’t allowed on the intended site.

“Show me proof before you accuse staff of squandering money, that is a serious accusation,” Verder-Aliga added.

She also called out Arriola and McConnell before the council voted on the issue.

“And I don’t think whatever we say here will change the minds of Mayor McConnell and Councilmember Arriola because they had their minds made up,” Verder-Aliga said.

“If we’re not going to create jobs, then where do we expect staff to get funding from?” Brown asked. “If we don’t create economic development, where’s the revenue going to come from to pay for the roads, to pay for lack of services in this community? The citizens deserve it quite frankly.”

Brown asked the council to show compassion for homeless, elderly, and drivers who hit potholes.

“We have an absolute obligation to our citizens to address the quality of life here,” Brown added.

“When is a good time to bring revenue to Vallejo?” Loera-Diaz asked in response to those expressing fears about a possible recession. “We all know that the city needs revenue. We all know that we’re not a rich city.”

Loera-Diaz also complained that the council is criticized for its response to the city’s issues despite its efforts.

“This room is full of folks that complain about how inhumane we are, and how these folks are living on the street, and we move them from here to there, and we don’t treat them properly,” she said. “Yet, when we try to pass a measure to help them, it's shot down.”

She said the amount of graffiti, illegal dumping, blight and garbage is taking its toll on the city and its residents.

“I see a lot of people leaving the city,” Loera-Diaz said. “I want people to stay here and feel proud of their city and invest in their city.”

Loera-Diaz said she was happy that an oversight body will be established to monitor how the money is being spent – something she pushed for originally.

The council declined to place a non-binding advisory measure on the same ballot which would outline how the money would be spent. Instead, the council approved a list of spending priorities which include keeping public spaces healthy, safe and clean, maintaining fire protection and crime prevention, while also maintaining emergency medical response, addressing homelessness, blight, and illegal dumping, while repairing deteriorating neighborhood streets and sidewalks.