The council is being asked to approve spending $950,000 to purchase 1937 Broadway St. from Scott Foster.
Share this news on: 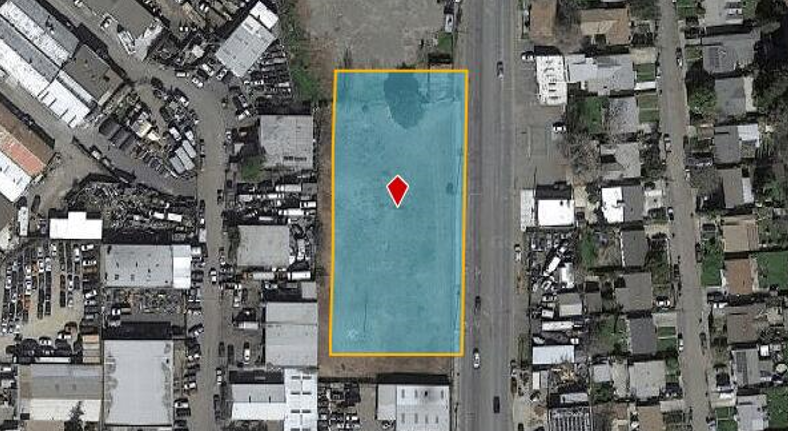 VALLEJO – More than 10 months after Vallejo officials revealed that people were prohibited from living on property proposed for a new homelessness navigation center, the Vallejo City Council is scheduled Tuesday to approve the purchase of an acre of land in central Vallejo to serve as the center’s new future home.

The council is being asked to approve spending $950,000 to purchase 1937 Broadway St. from Scott Foster. The terms include an $830,000 purchase price and an additional $120,000 for “in site access/license payments during an extended due diligence and pre-development construction period,” according to a report released by the city ahead of Tuesday’s meeting.

The parcel was appraised at $830,000, according to a separate appraisal report released by the city.

If approved, Assistant City Manager Terrance Davis said in the same staff report that the city would need to do additional work, including completing property inspections, additional environmental assessment and preparing escrow. The city released an environmental site assessment for the land, which is currently undeveloped.

Davis said the purchase will not impact the city's general fund as the city will rely on a variety of federal and state funding sources to purchase the property.

Touted as a one-stop shop to assist people experiencing chronic homelessness in Vallejo, the proposed 125-bed navigation center has been beset with issues since plans for the project were unveiled to the public in 2018.

The project has been delayed several times with officials pointing to budgetary issues. The project has been halted indefinitely when city officials announced last December that an environmental report done on the original proposed site at 5 Midway St. has a restriction from humans living on the property due to ground contamination from prior industrial uses. The property was previously used for a dry-cleaning business, officials said.

The project appeared to come off the rails in May 2021 when the city’s then-Housing and Community Development Program Manager Judy Shepard-Hall revealed that the project’s budget had more than doubled from $4 million to $8 million. City staff later walked back that figure and said last November that the project was still short about $2.3 million in necessary funding to complete the project.

Days following the May 25, 2021, meeting, Shepard-Hall was placed on administrative leave. An official reason was never publicly given but Shepard-Hall has since left the city, which is still recruiting to fill her position.

The lack of affordable housing and the growing number of unsheltered people in the city have been top topics ahead of the Vallejo City Council elections in November. City Hall has also felt the pressure, and, in response, City Manager Mike Malone tapped his assistant, Natalie Peterson, to serve as the city’s new houselessness manager.

Peterson will be tasked with developing and managing a comprehensive program to coordinate Vallejo’s response to serving the city’s unsheltered population, including ensuring that the city’s two permanent supportive housing projects reach completion.

Two American Canyon residents have sued Vallejo in August in an attempt to block construction of a controversial 48-unit supportive housing project along Broadway Street, the Vallejo Sun reported this week.

The residents, Russell Charpentier and William Baker, alleged in the lawsuit that the project “will have significant adverse impacts in and around the project area including impacts related to aesthetics, air quality, noise, and traffic.”

If built, the project would include 47 studio apartments, each about 305 square feet. A 48th unit would be occupied by an onsite manager.

The second, called Blue Oak Landing on Sacramento Street is a 75-unit permanent supportive housing project that is expected to open in January. When applications opened in July, there was massive demand, as the city received 1,049 applicants for 51 affordable housing units in three hours. The remaining 23 units would be filled from the No Place Like Home program, which serves homeless people with severe mental illness countywide. A final unit is reserved for an on-site manager.

Eden Housing is developing the project using modular housing from Mare Island-based Factory_OS. The project experienced some difficulties after the city revealed in July that, due to unspecified errors, the city must pay back $2.6 million in federal grant funds associated with the project.