The lawsuit alleges that the project “will have significant adverse impacts in and around the project area including impacts related to aesthetics, air quality, noise, and traffic.”
Share this news on: 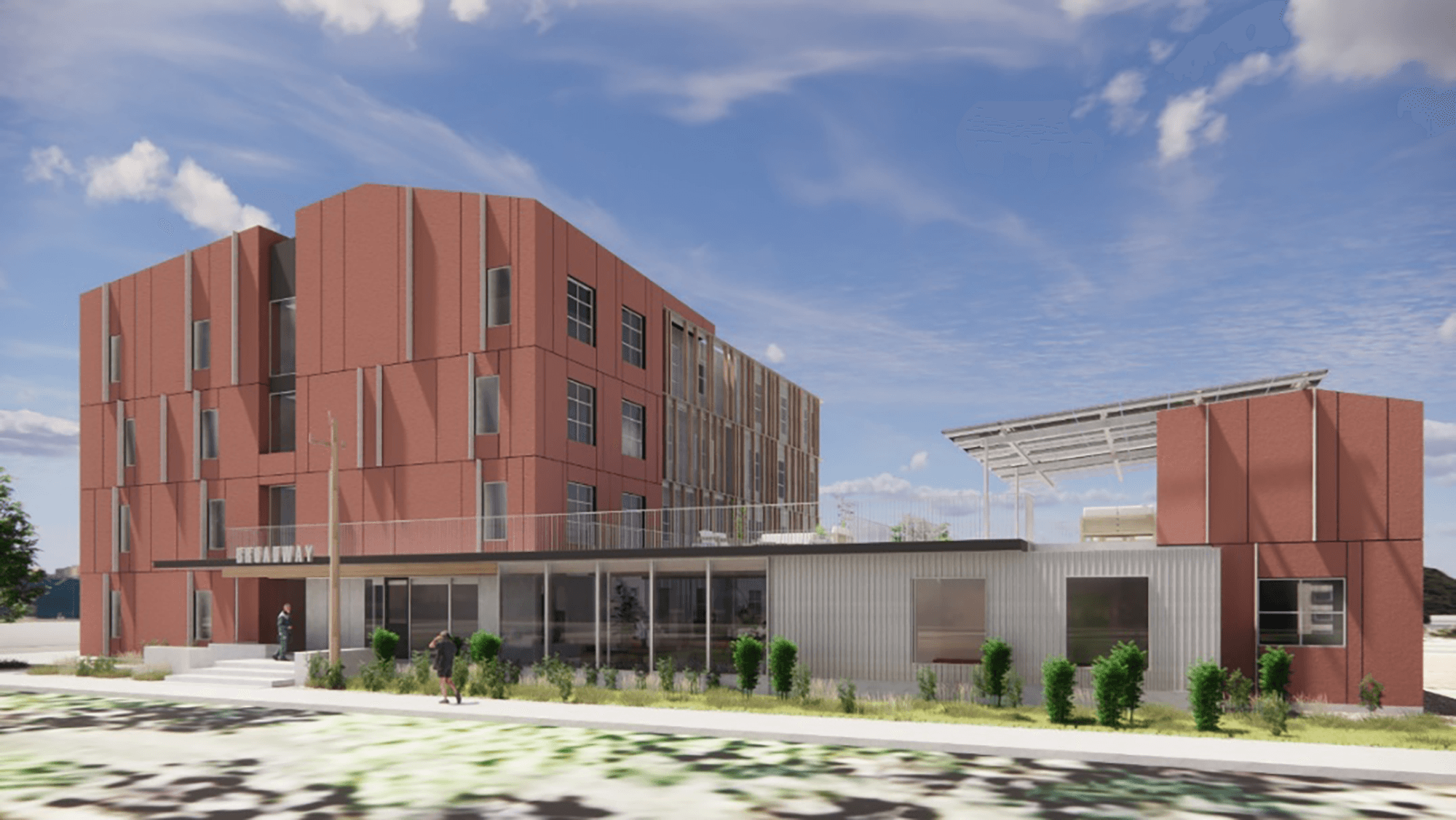 A rendering of a planned supportive housing project. Courtesy city of Vallejo.

VALLEJO – Two American Canyon residents sued the city of Vallejo in August in an attempt to block construction of a controversial 48-unit supportive housing project in Vallejo.

The residents, Russell Charpentier and William Baker, alleged in the lawsuit that the project “will have significant adverse impacts in and around the project area including impacts related to aesthetics, air quality, noise, and traffic.”

“These impacts will significantly affect the existing single-family residential neighborhood, the adjacent community park, and will result in serious health, safety, and other issues including a drastic and adverse effect on surrounding residents’ existing quality of life,” the lawsuit alleges.

The proposed project includes 47 studio apartments, each about 305 square feet, in a building to be constructed on a parcel near the border of Vallejo and American Canyon. A 48th unit would be occupied by an onsite manager.

The lawsuit accuses Vallejo of violating the California Environmental Quality Act (CEQA). by “improperly relying on a series of statutory, ministerial, and categorical exemptions without substantial evidence in the record to support those exceptions.”

The lawsuit was filed a month after the Vallejo City Council voted to proceed with the project, including declaring the project is statutorily exempt from review under CEQA. Such review provides government officials and the public with information about the possible environmental impacts of a proposed project.

At the same meeting, the council also approved an affordability covenant that places a deed restriction on the property, ensuring it is used as a permanent supportive housing project for at least 55 years. The council also authorized City Manager Mike Malone to sign an acquisition agreement that allows the city to acquire the property once the project is built.

The Castro Valley nonprofit Firm Foundation Community Housing, which is contracted to build the development, purchased the property in September for $600,000 from Richard and Emily Fisher of the nonprofit 4th Second and will transfer it at “no cost” to the city once the project is complete.

Firm Foundation is also named as a defendant in the lawsuit.

The lawsuit also raises concerns about the use of modular housing units in the project, arguing that they are “untested” by being located next to an existing railroad line and near earthquake fault lines.

The project has been met with resistance from the start as American Canyon accused Vallejo leaders of violating the Brown Act, the state’s open meeting law, hours before the June 7 Vallejo City Council meeting.

American Canyon has also disputed Vallejo’s interpretation regarding environmental review of the project.

The project is being funded with $12 million from Project HomeKey, a $1.45 billion state program to house people without shelter or at risk of experiencing homelessness.

Vallejo argued that projects funded by Project HomeKey are exempt from CEQA review.

Representatives from Firm Foundation, and the cities of Vallejo and American Canyon couldn’t be immediately reached.