Solano County District Attorney Krishna Abrams and Sheriff Tom Ferrara have so far raised more money than their respective challengers ahead of the June 7 primary election.
Share this news on: 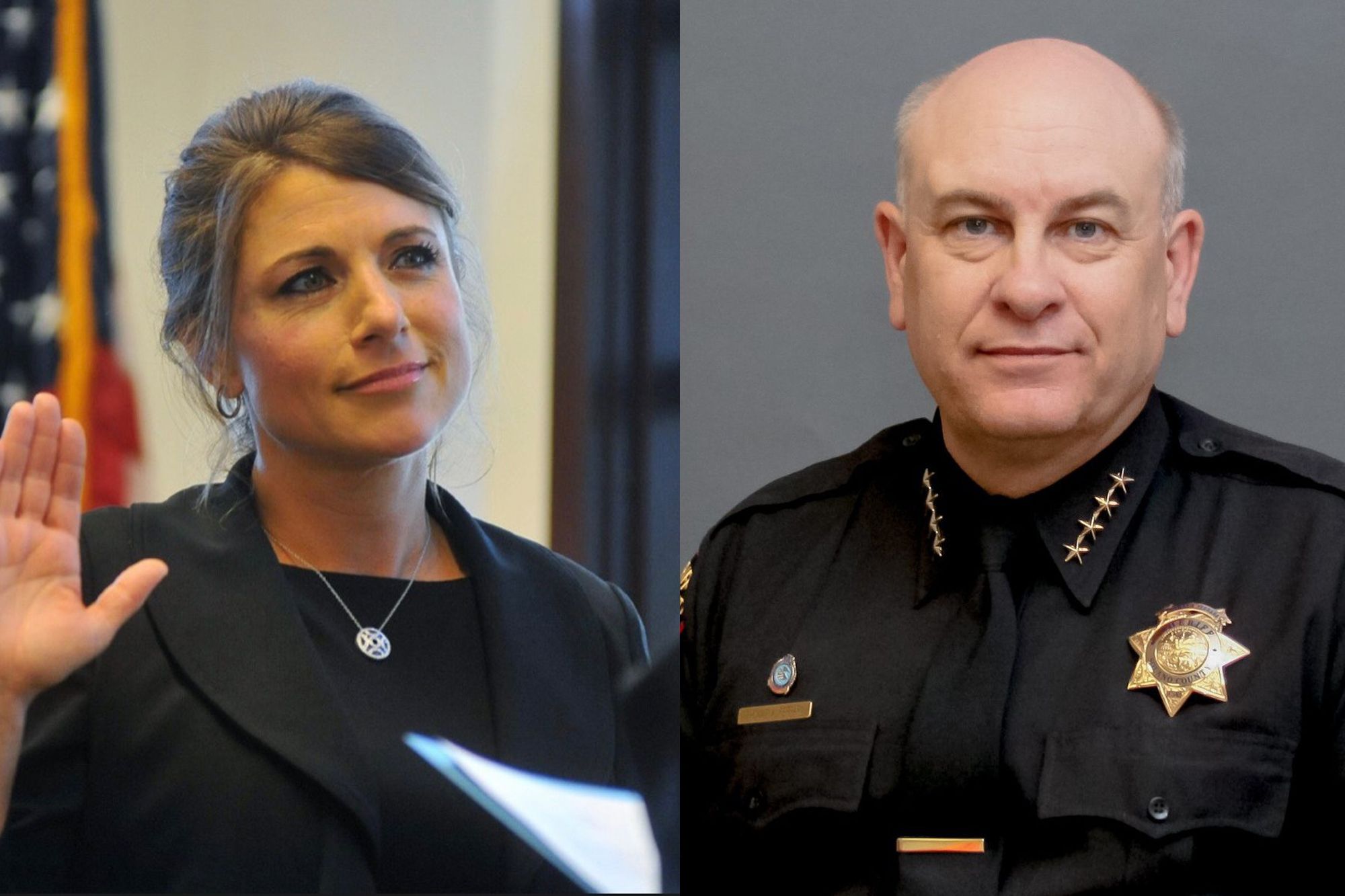 Abrams’ campaign raised $57,438 as of Tuesday, two weeks ahead of the election, while her opponent, Chief Deputy District Attorney Sharon Henry had raised $40,365. Abrams has continued to outpace Henry in disclosed contributions since April 23, receiving $18,900 to Henry’s $12,650.

Meanwhile, Ferrara raised $59,164 as of Tuesday while his opponent, retired Deputy Daryl Snedeker, had raised $17,430. Snedeker has also been funding his own campaign, putting $20,000 of his own money into the campaign plus loaning it $10,000.

Much of Abrams’ support to date has come from local business connections, including $2,500 from Vallejo resident Buck Kamphausen and an additional $2,500 from the mortuary Kamphausen owns in Vallejo, Skyview Memorial Lawn. Abrams also received $3,900 from Sikander Grewal, the owner of Punjabi Dhaba restaurant in Dixon, who also provided food for a fundraising event for Abrams valued at $800. The Vallejo Chamber of Commerce contributed $1,000.

Abrams’ largest contributor to date is the Jim Frazier for Assembly campaign, which gave $5,000, and Herman Rowland Sr., chair of the Jelly Belly Candy Co. in Fairfield, who also gave $5,000. She received $3,000 from Emeryville engineering consultant Montezuma Wetlands LLC, $2,500 from Benicia-based Ponder Environmental Services, $1,000 from American Industrial Scaffolding Inc. in Concord and $1,000 from the Firefighters Local 1186 union, the union representing Vallejo firefighters.

Abrams has not received any contributions from local police officers associations, though all the Solano County POAs, except the Vallejo Police Officers’ Association, have endorsed her campaign. The city of Rio Vista is policed by the Solano County Sheriff’s Office.

Vallejo Police Department shootings have been a key issue in the DA’s race, as Abrams recused herself from making decisions regarding the fatal police shootings of Willie McCoy in 2019 and Sean Monterrosa in 2020. Henry has criticized the recusals as unwarranted.

Ferrara, who entered the year with a commanding $37,000 before even facing a declared opponent, has continued to dominate fundraising in the last stretch before the election.

Ferrara has also received $1,000 from the Vallejo Chamber of Commerce, $2,000 from the Birds Landing Hunting Preserve, $5,000 from Jesse Marrion, the Houston-based CEO of Integrated Corrosion Companies and $2,500 from East Bay Tire Co. CEO George Pehanick.

Snedeker, a retired sheriff’s deputy, entered the race late. He previously came in third in a three-way race four years ago and is running on a platform of improved mental health and drug treatment programs, particularly in the jail.

Snedeker has raised a fraction of Ferrara’s war chest, mainly relying on small contributions of $1,000 or less and the substantial funds he has given or loaned his own campaign.