The lawsuit alleges that two other Fairfield officers pushed a man to the ground during a traffic stop in January 2019 and that Joseph slammed his wife down to prevent her from filming it.
Share this news on: 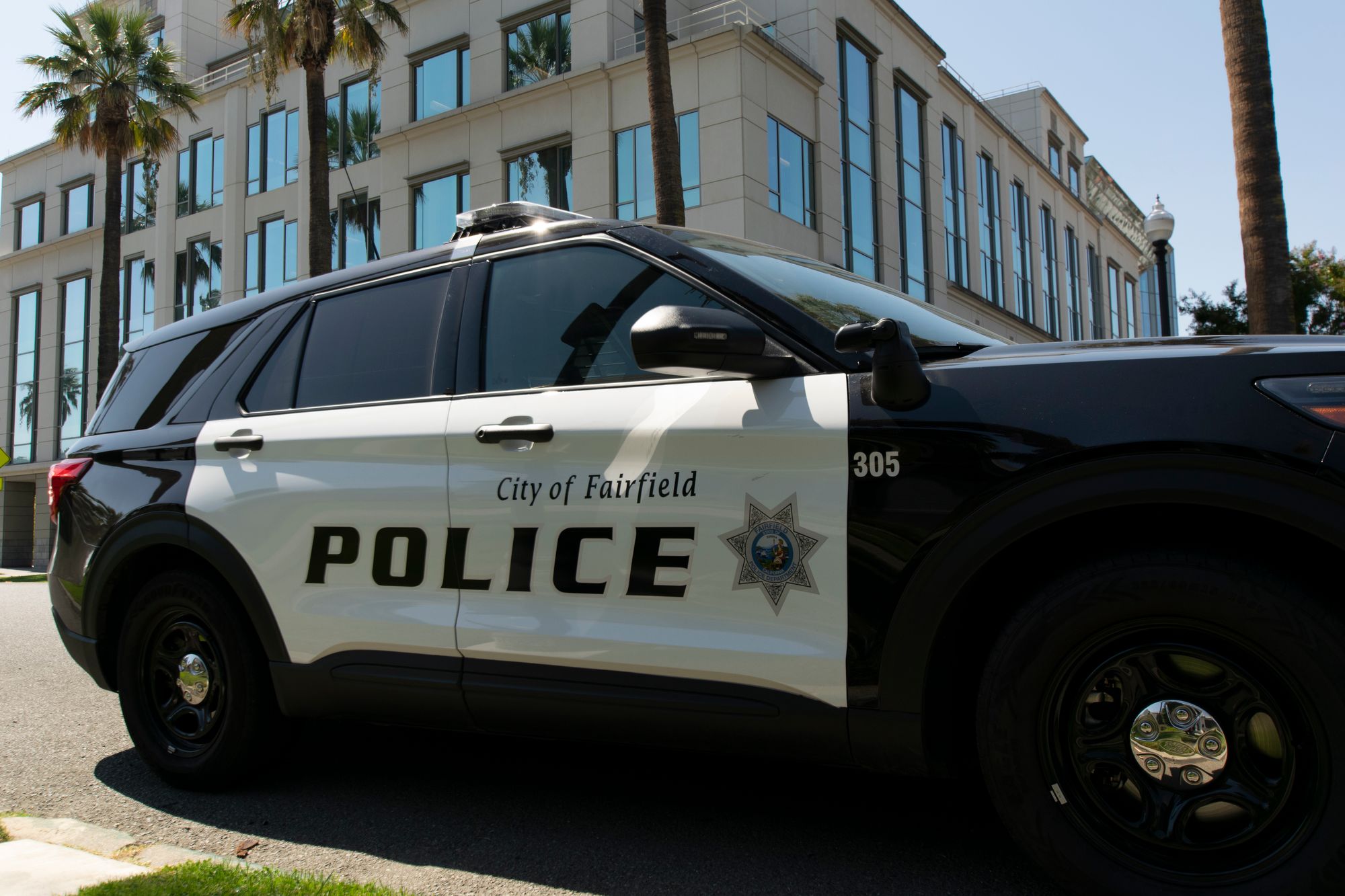 FAIRFIELD - Dustin Joseph — a former Vallejo police officer accused of bending his badge following two fatal shootings — has been named in an excessive force lawsuit while an officer with the Fairfield Police Department, court records show.

The lawsuit alleges that two other Fairfield officers pushed a man to the ground during a traffic stop in January 2019 and that Joseph slammed his wife down to prevent her from filming it.

Calvin and Jayme Rush, through their attorney Stanley Goff, filed a federal lawsuit against the city of Fairfield, Joseph, and fellow officer Zachary Sandoval in June.

According to the lawsuit, the couple’s vehicle had expired tags when they were pulled over and Calvin Rush was driving without a license. The officers ordered him out of the vehicle and told him to put his hands on his head, the lawsuit states.

That’s when one of the officers grabbed Calvin Rush and threw him to the ground onto his stomach, “with his legs pressed against him in a four-figure leg lock,” and held him in that position.

“During this time while the Plaintiff was already handcuffed and placed in a prone position, Defendant Sandoval struck him on the right side of his face with a closed fist three times,” the lawsuit alleges.

The lawsuit alleges that Sandoval and the unnamed officer ignored Calvin Rush’s pleas that he couldn’t breathe.

Meanwhile, Joseph is accused of slamming Calvin Rush’s wife Jayme to the ground after she got out of the car “in order to film the officers’ interaction with her husband to ensure his safety,” the lawsuit states.

Joseph then allegedly put his full weight onto Jayme Rush, who recently had back surgery and suffers from various back injuries, the lawsuit states.

“While Jayme Rush was pinned to the ground with Defendant Joseph’s body weight on her, Defendant Joseph repeatedly placed his forearm into the side of the Plaintiff’s neck, causing her extreme pain and choking the Plaintiff by wrapping her left arm tightly around her neck,” the lawsuit alleges.

Calvin and Jayme Rush were each charged with resisting arrest but those charges were ultimately dropped months after their arrest, according to the lawsuit. Fairfield police Chief Deanna Cantrell did not immediately respond to a request for comment.

This isn’t the first time Joseph has been accused of misconduct.

In late July 2020, it was reported that some Vallejo police officers, including Joseph, bent the edges of their star-shaped badges following their involvement in a fatal shooting.

Joseph was involved in two high-profile police shootings while with Vallejo police.

Joseph, along with then-Vallejo police Officer Sean Kenney, shot and killed Mario Romero, 23, in September 2012. Romero and his brother-in-law, Joseph Johnson, were sitting in Romero’s car in North Vallejo when the officers showed up.

Kenney and Joseph claimed that as they approached the vehicle, Romero reached for something and appeared to hold a gun as he stepped out of the car. That’s when the officers opened fire, hitting Romero 30 times, killing him. Joseph was hit in the hip and survived.

Romero’s family, some of whom witnessed the shooting, disputed the official police narrative, and said that Kenney fired into the car while standing on its hood. They also say that following his death, Romero had to be cut from his seatbelt, making it impossible for him to have gotten out of the vehicle as the officers described.

Solano County District Attorney Don du Bain cleared Kenney and Joseph in Romero’s death in 2013. The city of Vallejo paid a $2 million settlement in the shooting.

About six months following that shooting, Joseph — along with officers Ritzie Tolentino and Joshua Coleman — shot and killed William Heinze, 42, in March 2013.

Police received reports of a man, believed to be Heinze, pointing a gun at people. He then retreated into a home, threatening to kill himself and others. Police fired into the home, killing Heinze.

The Fairfield Police Department hired Joseph in 2018. Following news about the macabre practice of badge bending, nine people were arrested during a November 2020 Fairfield City Council meeting as they protested Joseph working for Fairfield police.