Expensive and Dangerous: Vallejo police may pay more per officer in civil rights cases than any other agency 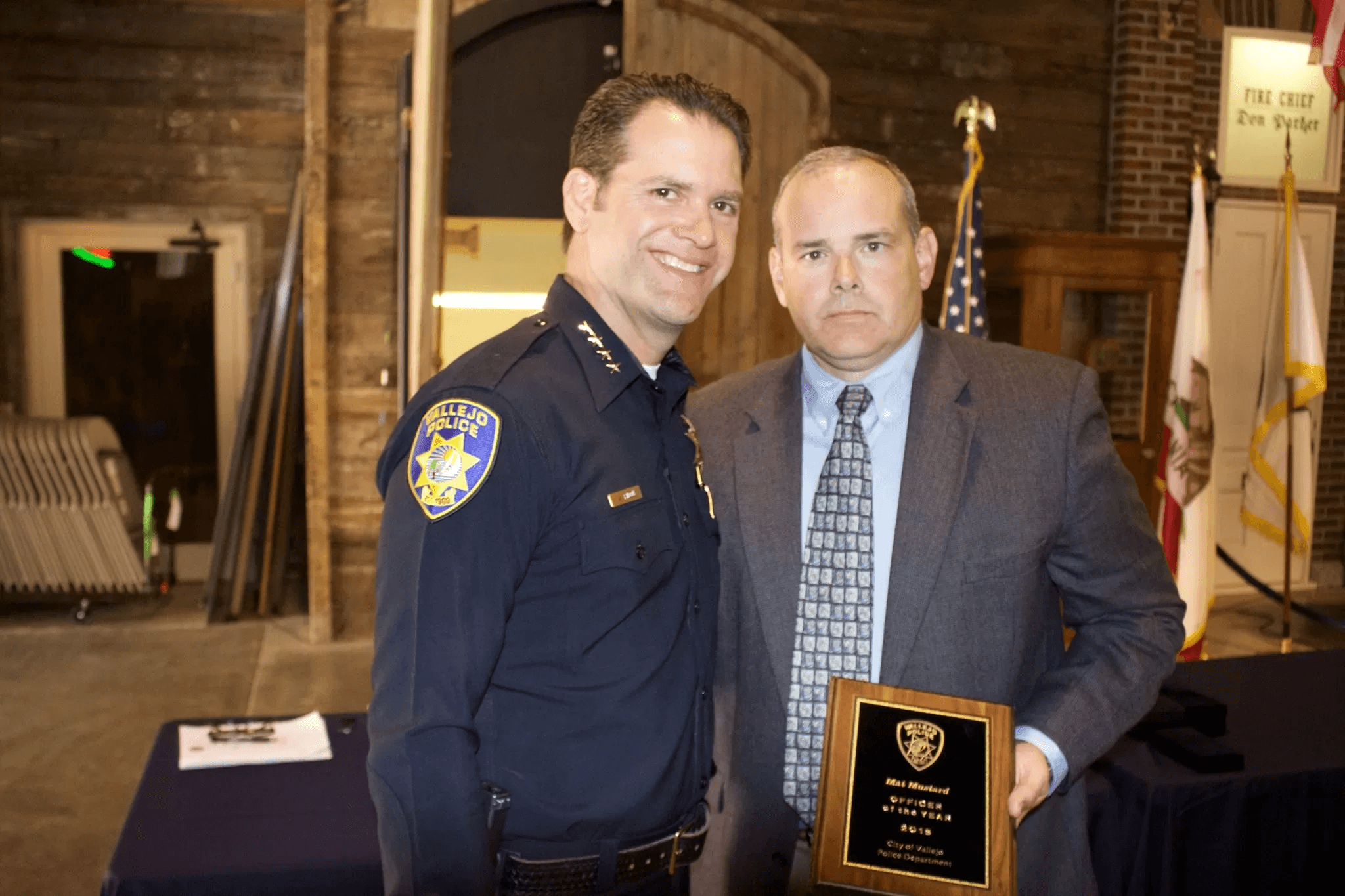 Detective Mat Mustard, right, falsely accused a couple of faking their own kidnapping, leading to a $2.5 million settlement.

Last year, the city of Vallejo, California, paid $2.5 million to Denise Huskins and Aaron Quinn, a couple who were accosted by a stranger while they were sleeping in their home in 2015. They were tied up, blindfolded, drugged, threatened and interrogated about their financial information. The assailant kidnapped Huskins, held her prisoner, and demanded $17,000 ransom.

According to the couple’s lawsuit, Detective Mat Mustard assumed Quinn had murdered Huskins and interrogated him for 18 hours. When the kidnapper released Huskins near her family’s home in Huntington Beach two days later, Mustard told her family he believed her case was a hoax like the movie “Gone Girl.” Vallejo police called a press conference where spokesperson Lt. Kenny Park accused them of lying and demanded they apologize to the police.

But the couple was telling the truth. The FBI later found the assailant, Matthew Muller, and he was sentenced to 40 years in prison.

It was the second multimillion-dollar civil rights settlement in three years paid by the small city of 122,000 residents with a police force of about 110 officers. In 2015, Vallejo paid $2 million to the family of Mario Romero, whom police shot and killed in 2012, and Joseph Johnson, Romero’s friend who was wounded in the same incident.

They were sitting in a parked car on Pepper Drive when Officers Dustin Joseph and Sean Kenney approached them and told them to put their hands up. The police account and the account of Johnson and Romero’s family differs significantly – officers say that Romero opened the car door and crouched behind it, but Johnson said they both complied. Romero’s sister told investigators that she watched Joseph reload his gun and jump on the hood of the car to shoot through the windshield. Romero was shot 30 times. Police said a pellet gun was found wedged between the car seat and the center console.

Kenney was involved in two other fatal shootings that same year. The city paid out nearly $500,000 in the other cases.

Civil rights lawsuits and settlements are common for law enforcement agencies. But Vallejo is paying far more for each officer than dozens of other cities, even those with notorious police departments and numerous lawsuits.

A 2014 paper in the New York University Law Review collected information on civil rights payouts for the 50 largest law enforcement agencies in the country over a six-year period from 2006-2011. Of those, the Chicago Police Department paid the most per officer over that period, at over $2,500 per officer per year.

Especially for smaller agencies, a particularly high average could be the result of an outlier, such as a single very large settlement. But that is not the case in Vallejo. Aside from the two multimillion-dollar settlements over the last six years, the city also made payments in 21 smaller cases, none for more than $420,000. That accounts for over $1.6 million in a slow march of civil rights cases averaging about $80,000 each and over $2,500 per officer per year.

The data for the nation’s large departments from the New York Law Review is old, covering a six-year period ending in 2011, but is the most recent national survey of civil rights payouts I could find.

Vallejo didn’t pay nearly as much over the same period, only $184,000. According to Vallejo City Attorney Claudia Quintana, the department put most civil litigation on hold after the city’s 2008 bankruptcy filing, so few cases were resolved until after 2011. One major case from before the city’s bankruptcy was settled for $4.15 million in 2012: Macario Dagdagan alleged that in 2007, Vallejo police officers entered his home without a warrant, Tased him in bed, and assaulted him when he was restrained, causing a severe spinal cord injury.

By 2013, the city had resolved all its pre-bankruptcy litigation except for two cases: a $419,937 settlement reached on Aug. 23, 2013, with Jason DeoCampo, a U.S. Air Force veteran who said he was wrongfully arrested on March 28, 2003, in retaliation for a previous lawsuit. The city also paid $87,500 to Henry Leonard and Georgia Mae Garrett for an incident on Feb. 22, 2004, when the couple said that they were assaulted as they tried to find out why police were arresting their son.

The city’s continuing liability in lawsuits have been so much for so long that in July 2018, Vallejo was forced to leave the California Joint Powers Risk Management Authority, the municipal insurance pool it had used since 1987. According to the authority, Vallejo had incurred $14 million in losses, 17 percent of the total for all other members despite accounting for 3 percent of the membership by size. Because of that, the authority decided to raise the amount that Vallejo would have to pay before insurance would cover a loss from $500,000 to $2.5 million. Instead, Vallejo withdrew from the pool.

The city is now covered by the California State Association of Counties – Excess Insurance Authority, which requires the city pay $1 million before it will respond to a loss.

In an email, Quintana disputed that all $6.1 million over the last six years were payouts in civil rights cases. She wrote that she considers the Huskins and Quinn settlement to be a defamation case, not a civil rights case, despite that the couple’s lawsuit alleged violations of the Fourth and Fourteenth Amendments under the Civil Rights Act of 1871. The city’s motion to dismiss one of the civil rights allegations was denied in an order by U.S. District Judge Troy Nunley in July 2017.

By almost any metric Vallejo has one of the most dangerous police departments in the country. I reported in 2017 that Vallejo had the highest rate of police shootings in the region. A recent NBC Bay Area analysis found that Vallejo police had the third-highest rate of killing suspects in California since 2011.  An analysis of police shootings in the 100 largest cities in the U.S. by the Mapping Police Violence project found that from 2013-2018, those agencies killed an average of 3.1 people per million people per year. Vallejo’s rate is nearly four times that. Its seven police killings over that time is a rate of 11.5 per million people per year. Among the 100 largest cities, Vallejo’s rate of shootings was exceeded only by Orlando and St. Louis.

It’s not just shootings that Vallejo police rank highly on. When I reported last September on statewide data on police pursuits, Vallejo stuck out again, with 19 injuries in pursuits in 2016 and 2017, the sixth-highest rate in the state.

Fatalities and injuries during pursuits, 2016-2017

The Police Department is still facing several high-profile lawsuits, so it seems likely that its high rate of civil rights payouts will continue.

U.S. Marines veteran Adrian Burrell filed a claim against the city in February for an incident on Jan. 22, 2019, when Officer David McLaughlin arrested him for filming a traffic stop from his front porch. McLaughlin had his gun drawn as he stepped out of the car to speak with Burrell’s cousin. After McLaughlin noticed Burrell filming while still standing on his porch, he told Burrell to “get back.” When Burrell refused, McLaughlin holstered his gun, walked to the porch and forcibly took Burrell into custody.

Meanwhile, Burrell’s attorney, civil rights attorney John Burris, sued the department for the death of Ronell Foster, who was shot and killed by Officer Ryan McMahon on Feb. 13, 2018, after McMahon tried to pull him over for a traffic violation on a bicycle. Burris has also filed a claim on behalf of the family of Willie McCoy, a rapper whom police killed after he was found asleep in his car in a Taco Bell drive-through on Feb. 9.

Faced with repeated protests at City Council meetings, the city has taken some steps to alleviate the anger in the community, but so far, it’s unclear if they will result in long-lasting changes. Police Chief Andrew Bidou retired earlier this year amid backlash over the McCoy shooting, but has remained in the position in an interim capacity.

To head up the search for a new chief, Vallejo hired former Oakland police Chief Howard Jordan, who resigned from Oakland suddenly as the department nearly went under control of a federal judge for a stalled reform effort in 2013.  Vallejo also brought in the U.S. Department of Justice’s community relations service, which seeks to resolve conflicts with the community but is not an investigatory agency. The community relations service also assisted Vallejo in 2013 after officers shot and killed six people in a single year.

A full dataset of civil rights payouts by the city of Vallejo is available here. 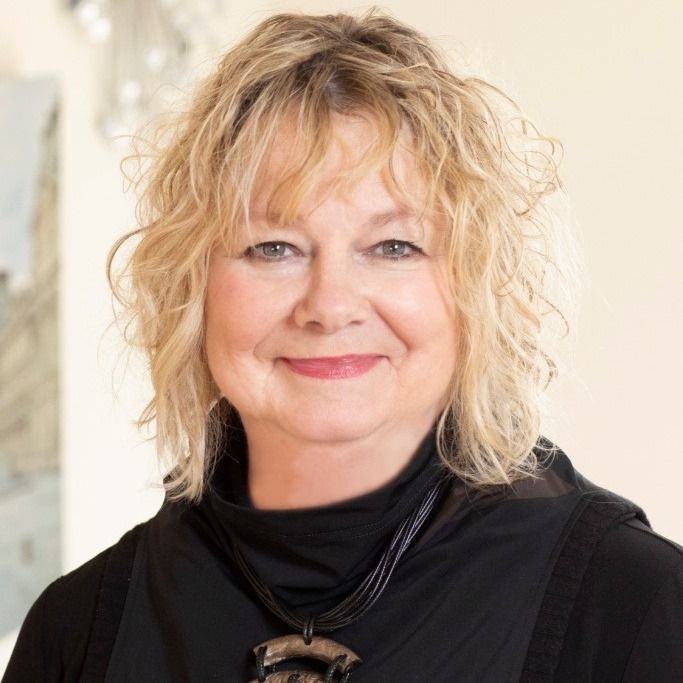