Vallejo is requesting $7.6 million for a 125-bed navigation center and $4 million for a 48-unit supportive housing project along Broadway Street in North Vallejo.
Share this news on: 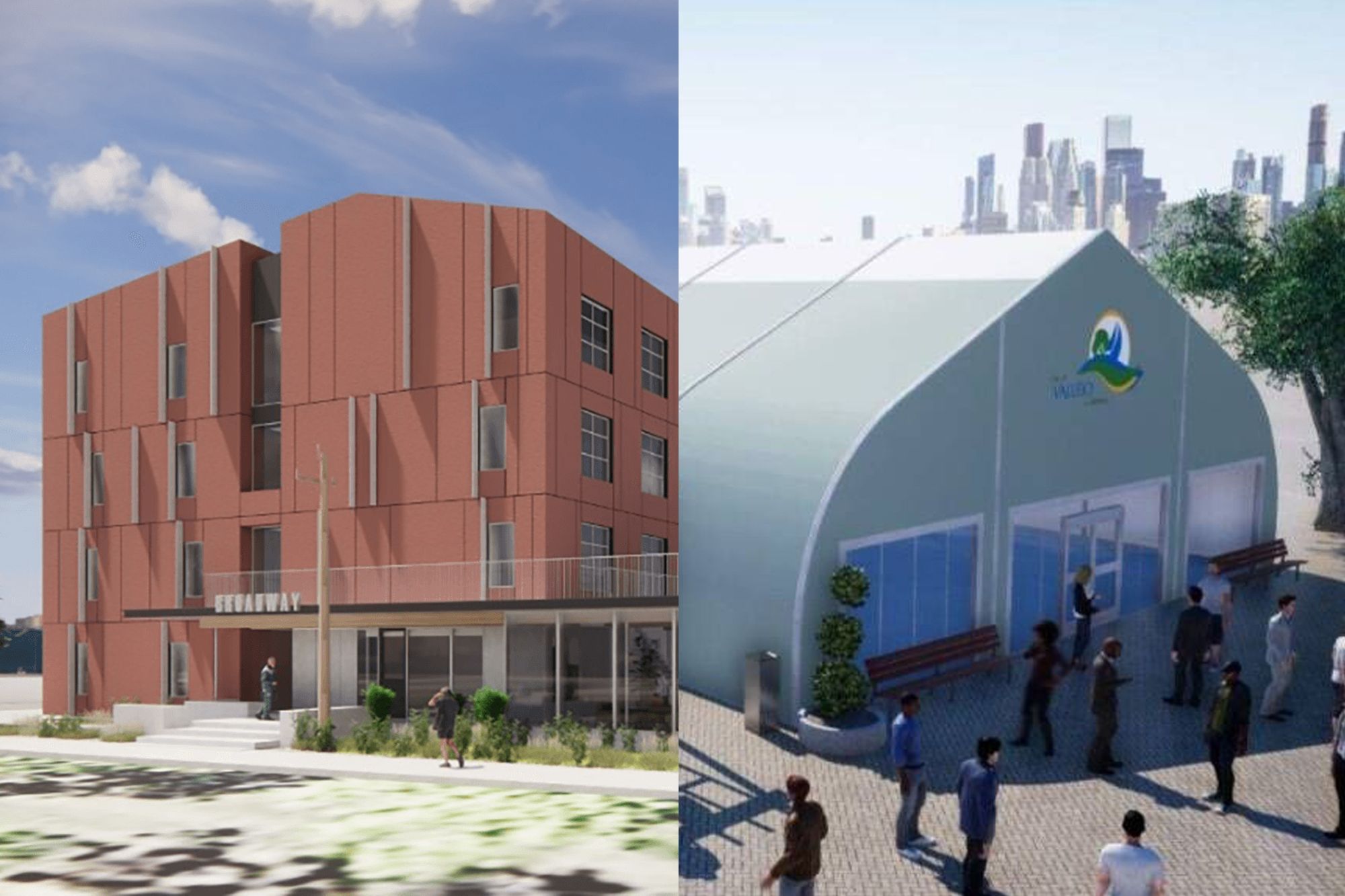 VALLEJO – The Vallejo City Council unanimously approved sending a letter to Solano County officials seeking $11.6 million from the federal American Rescue Plan Act on Tuesday in an effort to close funding gaps for a homeless navigation center and a supportive housing project, despite controversy surrounding the latter project.

Vallejo is requesting $7.6 million for a 125-bed navigation center and $4 million for a 48-unit supportive housing project along Broadway Street in North Vallejo.

Much of the discussion at Tuesday’s meeting came from a handful of public speakers who questioned the lack of specific information about the Broadway Street project, which would be built on a parcel near the border of Vallejo and American Canyon.

Margaret Sharkey, one of the main critics of the Broadway Street project, said there were flaws with the parking ratio associated with the development and questioned why the project moved forward when city staff knew it was underfunded.

“This Vallejo project is being squeezed into less than half an acre, far away from community services, and on a site which shares a border with American Canyon’s principal park,” Sharkey told the council.

Vallejo was awarded $12 million from the state Project HomeKey program for the project and has allocated an additional $2 million from other sources. City officials estimate that the project will cost a total of $22 million and have not said how they will make up the remaining $4 million. About $3 million of the requested ARPA funds would be used for construction and the remaining $1 million would be used for furnishings, two years of operations and lease-up support, according to the letter.

William Baker also addressed the council. Baker is one of two American Canyon men who filed a lawsuit in August seeking to block the project over concerns that it would “result in serious health, safety, and other issues including a drastic and adverse effect on surrounding residents’ existing quality of life.”

On Tuesday, Baker asked about the timeline of the project. He held up a letter from Factory_OS, dated last month, which said that the company began work on the modular housing units in late June, a week before the council voted to proceed with the development, including by declaring that the project is exempt from California Environmental Quality Act (CEQA) review. Such review provides government officials and the public with information about the possible environmental impacts of a proposed project.

At the same July meeting, the council also approved an affordability covenant which places a deed restriction on the property ensuring it is used as a permanent supportive housing project for at least 55 years. Finally, the council authorized City Manager Mike Malone to sign an agreement that allows the city to acquire the property once the project is built. The Castro Valley nonprofit Firm Foundation Community Housing purchased the property prior to construction and will transfer it at “no cost” to the city once complete.

The council formally accepted $12 million from the state Project HomeKey program in June. The awarded grant money can only be spent on the specified project.

“Common sense and responsibility to your constituents require that you say ‘no’ to supporting the Broadway Project and demand a review of what is already becoming a slow-motion fiscal fiasco on Broadway,” Baker told the council. “Keep Broadway from becoming the Tenderloin and Skid Row of Vallejo.”

Assistant City Manager Gillian Hayes told the council that the merits of the project wasn’t before the council, the letter requesting funds was.

Councilmember Mina Loera-Diaz was the only councilmember to speak on the item, stating that it was “really important that we try and get this money.”

Loera-Diaz said that the city needed to “make sure that we bring our fair share back to Vallejo,” from Solano County “because whatever amount they get sometimes, and I’m going to say it, it seems to disappear up north (county).”

The proposed navigation center shelter has been a priority for the council since 2018 but the project has been met with various issues including a swollen budget and concerns about where to place it.  The city has said it would be a “one stop shop” to provide beds, individual case management to connect individuals to social and medical services, job training, and securing permanent housing.

From the $7.6 million ARPA request for the center, $2 million would go toward construction and $5 million would be used for two years of operations. Three Solano-area hospitals – Sutter, Kaiser, and NorthBay Medical Center – have also pledged a combined $6.2 million for the center’s operations over three years.

City officials revealed in May 2021 that the project’s budget shortfall had ballooned to $8 million. That figure was later revised to $2.3 million during a November 2021 housing commission meeting.

Besides the budget issues, the city spent most of the year searching for a location to place the navigation center. Earlier this month, the council approved the $950,000 purchase of 1937 Broadway St. to build the navigation center, almost a year after the city revealed that the property it intended to use was contaminated and unfit for human habitation, prompting the search for a new location.

Senior city staff revealed this month that the project still has a $1.7 million budget shortfall.