The council unanimously approved the $950,000 purchase of 1937 Broadway St. from local businessman Scott Foster, who owns and operates US Bloom, a cannabis business on Springs Road.
Share this news on: 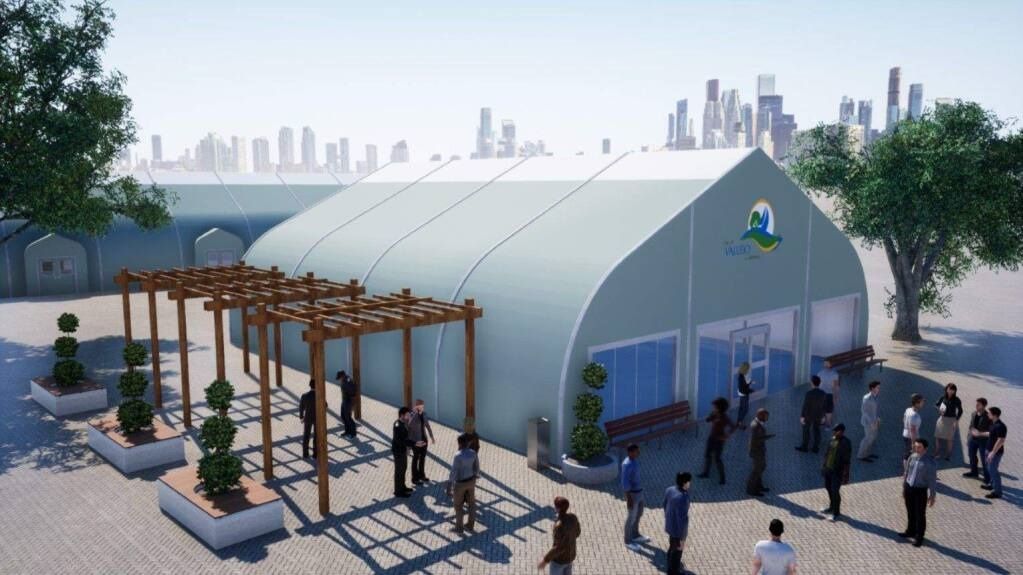 VALLEJO – Vallejo City councilmembers voted Tuesday to purchase an acre of land to serve as the future site of a new homeless navigation center, but the project still has a $1.7 million budget shortfall.

The council unanimously approved the $950,000 purchase of 1937 Broadway St. from local businessman Scott Foster, who owns and operates US Bloom, a cannabis business on Springs Road.

The terms include an $830,000 purchase price and an additional nonrefundable $120,000 license fee to access and inspect the property prior to completing the sale.

Assistant City Manager Terrance Davis said Tuesday that the city hopes to begin construction on the 125-bed shelter “sometime in the summer.” The proposed shelter has been a priority for the council since 2018 but has been met with budget issues, including city officials estimating in May 2021 that the project had an $8 million budget shortfall.

Then during a November 2021 housing commission meeting, city officials said that there was still a $2.3 million shortfall. In December, the city revealed that the property it intended to use was contaminated and unfit for human habitation, prompting a months-long search for a new location.

Davis said Tuesday that the city still faces a budget gap for the project of $1.7 million.

“We think we are close to closing that gap if we get support from our regional and state partners,” Davis told the council.

The city plans to ask for $10 million in American Rescue Plan Act funding from Solano County for construction and operating costs. Davis said the city is also looking at other state and federal grants.

“I don’t want to stall this any longer,” Loera-Diaz said.

Loera-Diaz said that the 1.15 acres of land is less than a mile from Kaiser Permanente Vallejo Medical Center and even closer to public transportation than the previous proposed location, which “gives folks access to get around the city.”

City officials have touted the center as a “one stop shop” that when completed will offer beds, individual case management to connect individuals to social and medical services, job training, and securing permanent housing.

Loera-Diaz also reiterated a previous idea of naming the center after Maria Guevara, a longtime community advocate for the city’s homeless, who died in May 2020.

“If anything, I want to see it completed for two things: One for the unhoused that need to have this done but two so that we honor Maria Guevara’s memory,” Loera-Diaz said. “When you think homelessness, when you think unhoused, those who knew Maria Guevara, that was Maria Guevara.”

Guevara co-founded Vallejo Together, which became a go-to resource to assist the city’s unsheltered population.

Some councilmembers raised additional questions and concerns. Councilmember Cristina Arriola, District 6, said she was concerned about future operating costs of the center.

“I want some accountability here to the money that we are spending,” said Arriola.

When the center was first revealed, the city announced that three Solano-area hospitals – Sutter, Kaiser, and NorthBay Medical Center – have pledged a combined total of $6.2 million for the center’s operations over three years.

Arriola also advocated for the property to be subject to mandatory cleanup which extended 200 yards around the parcel once the center is built. Fellow councilmember Katy Miessner agreed, stating that she was “hesitant” when picking the property because she doesn’t want the center to become a burden on the lower-income area.

“I’m not thrilled about that,” Dew said. “Normally there is a due-diligence phase where the money is refundable.”

Dew said she would have liked to see a smaller amount or the use of consecutive payments.

Councilmember Hakeem Brown recused himself because his cannabis retail business, Life Enhancement Services, is across the street from the proposed location Prior to leaving the dais, Brown remarked that he was “glad that we are bringing this forward.”

Mayor Robert McConnell was absent from the meeting.