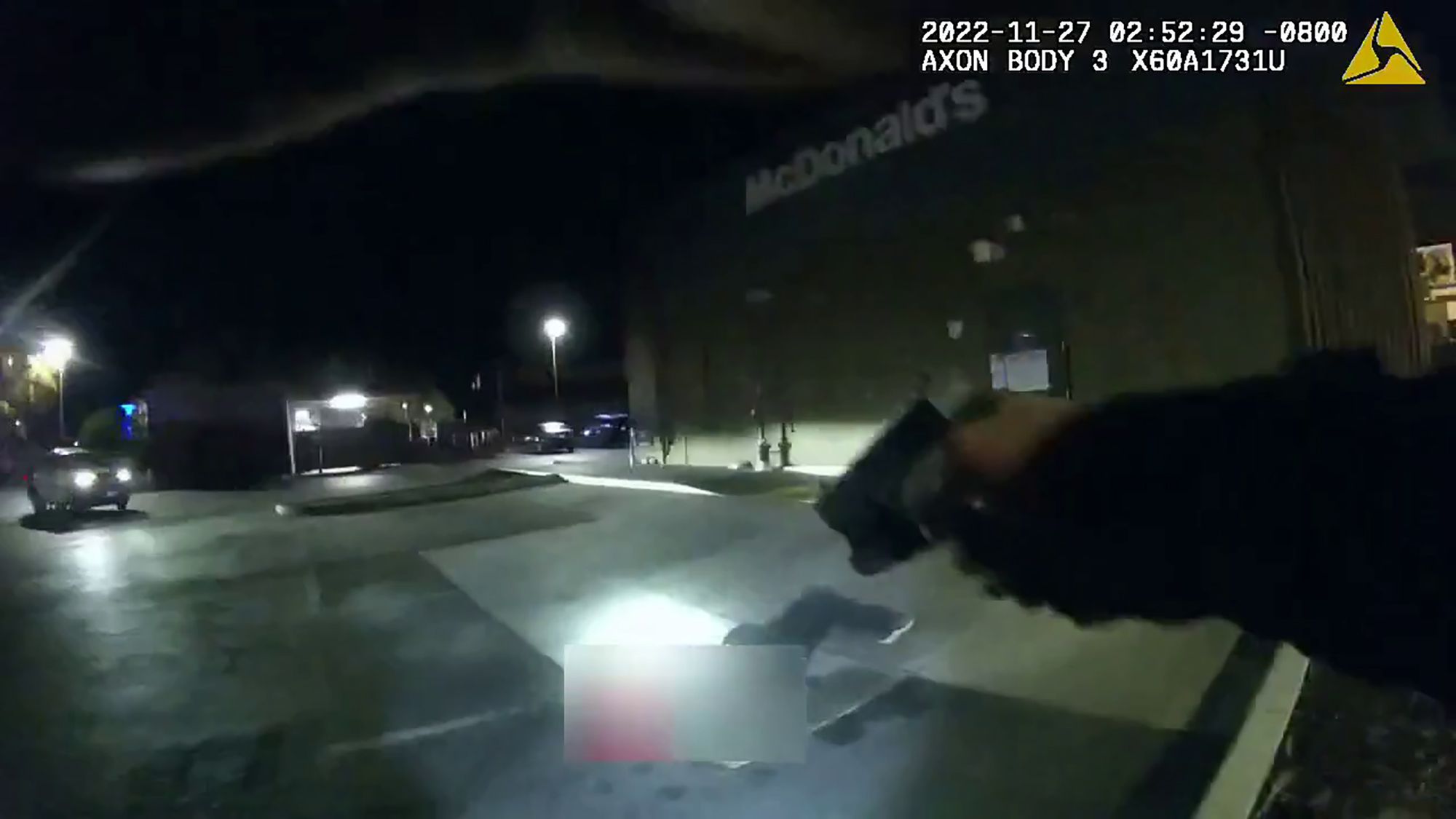 FAIRFIELD – The Solano County Sheriff’s Office released body camera video Wednesday of a fatal shooting  from November that shows a deputy chase down a man in Fairfield and kill him moments after the man apparently fired a gun.

The footage was released in response to a public records request by the Vallejo Sun. The Solano County District Attorney’s Office initially sought to withhold the footage, but the sheriff’s office released it after the Sun argued that the law compelled its release.

The sheriff’s office also identified the deputy who shot the man as Dalton McCampbell, one of two deputies named in a lawsuit for the beating of a Black woman outside of Dixon in 2020. The man McCampbell killed was identified as 41-year-old Robert Duncan Jr. of Vallejo.


The shooting happened after Fairfield police responded to a report of a man with a firearm at a motel on Central Place near Interstate 80 around 2:30 a.m. on Nov. 27.

According to the sheriff’s office, McCampbell was in the area and heard the Fairfield police report and responded to assist. He arrived behind a McDonald’s restaurant and spoke to the two people who had reported the man with the gun there, the sheriff’s office said.

As he drove to the other side of the McDonald’s, McCampbell noticed a man hiding in some bushes, as seen in dash camera video from McCampbell’s car. McCampbell jumped out of his car, released the dog from the back seat, and ran after the man, yelling, “Get on the ground or you’re going to get bit!” as seen in McCampbell’s body camera video.

The dog rounded the corner of the McDonald’s after Duncan, after which three shots can be heard on McCampbell’s body camera video. McCampbell then turned the corner and fired approximately 10 shots at Duncan, who was on the ground with the dog nearby.

Police officers provided first aid until paramedics arrived and pronounced Duncan dead at the scene, according to the sheriff’s office.

Under AB 748, a state law passed in 2018, law enforcement agencies must release video of a shooting within 45 days of the incident, unless they find that releasing the video would “substantially interfere with the investigation, such as by endangering the safety of a witness or a confidential source."

Last week, the DA’s office sent a letter to the sheriff’s office seeking to withhold the video as the agency awaited reports from the ballistics results and Duncan’s autopsy. “Any premature release of video footage prior to receiving and reviewing this important material would substantially interfere with the investigation,” Solano County District Attorney Krishna Abrams wrote in the letter.

Abrams wrote that she was hopeful that she would receive and review the material within three weeks.

The DA’s office also withheld video from two other law enforcement shootings last June. The DA’s office argued that video of a deputy shooting Jason Thompson could not be released because the DA’s office had not located and interviewed a witness. That video was released a month later.

Then the DA’s office argued that video of a Fairfield police pursuit and shooting in Vallejo could not be released during the suspect’s criminal prosecution. The Vallejo Sun sued the city of Fairfield to compel release of the footage, and it was released in accordance with a settlement agreement.

McCampbell has been involved in several controversial incidents, most notably when he made national news as one of two deputies who pulled Nakia Porter from her car and beat her unconscious after stopping her for mismatched license plates near Dixon in 2020. Porter sued the sheriff’s office for the incident. The lawsuit is pending.

The other deputy in that incident, Lisa McDowell, was promoted to sergeant last year.

McCampbell was also sued for another incident in Benicia, where a man alleged that McCampbell chased him and violently took him to the ground while he was surrendering in 2017. That lawsuit resulted in a $14,700 settlement.