The funds would go to build a 48-unit permanent supportive housing project in North Vallejo.
Share this news on: 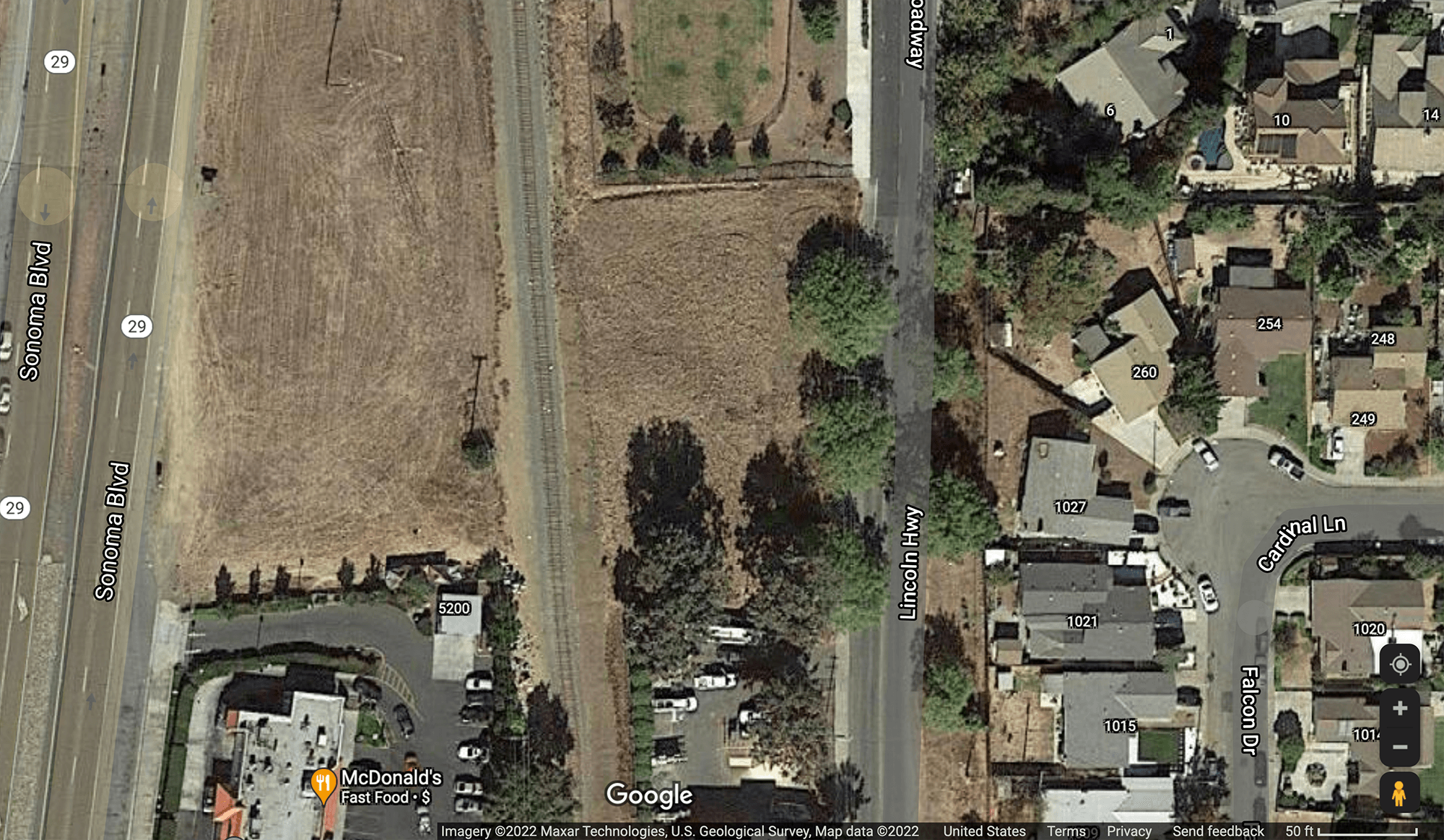 VALLEJO – Vallejo is expected to apply for $20 million in state funding to build a 48-unit  permanent supportive housing project to provide shelter for chronically unsheltered individuals.

The Vallejo City Council will be asked on Tuesday to direct interim City Manager Mike Malone to pursue Project HomeKey funding for a modular housing project proposed on a .53-acre lot located on Broadway Street near the city line with American Canyon in North Vallejo, next to the American Canyon Dog Park.

Project HomeKey is a $1.45 billion state program to house people without shelter or at risk of experiencing homelessness.

The developer for the Vallejo project would be Castro Valley-based nonprofit Firm Foundation Community Housing, which has built both modular and tiny home projects throughout the Bay Area.

Shelter Inc. would be the project’s proposed operator. It was recently contracted by the city to run the last three months of Project RoomKey, a program to house homeless people in hotel rooms to prevent the spread of COVID-19 which ended this month.

The modular housing units would be supplied by Factory_OS, which is located on Mare Island.

Malone explained in a report that the project is expected to cost about $9.6 million but the California Department of Housing and Community Development is recommending that municipal  applicants apply for double the required amount sought.

Malone further said the city is requesting a portion of Solano County’s American Rescue Plan Act funds to help with construction of the Broadway Street project. The county received almost $87 million in ARPA funding while the city of Vallejo received almost $26 million.

City hall anticipates that, once funded, the project would be completed in 8 months.

The lack of housing has become a major issue as city leaders attempt to identify ways to help hundreds of unsheltered individuals in Vallejo.

The most recent action took place earlier this month when the city council approved a $290,000 grant agreement with the nonprofit Fighting Back Partnership to fund housing vouchers for about 50 people who lost their shelter when Project RoomKey ended Jan. 5.

Launched in the first months of the COVID-19 pandemic, Project RoomKey provided shelter options for people experiencing homelessness. With the conclusion of the program earlier this month, there have been questions about its operations after it was revealed that at least three people died in the program. All three weren’t found for days.

In December, the council scrambled to find a solution for about 50 individuals as the end of Project RoomKey approached. The council rejected a plan from nonprofits 4th Second, Fighting Back Partnership, and Vallejo Together to place 40 7.5-foot by 7.5-foot tents and four Porta-Potties in a proposal called “Hope Village” in a church parking lot at 921 Amador St.

The idea was opposed by members of the surrounding neighborhood during a special Dec. 21 city council meeting. The following week, the council was presented with additional locations for the proposed tent city, but a majority of the council expressed support for the housing voucher program instead. That program provides motel rooms and/or mobile homes in Vallejo and Vacaville for about 34 unsheltered people.

Council to get update on city manager search

More than seven months after Vallejo City Manager Greg Nyhoff left the city, the council is scheduled to receive an update on the search for a permanent city manager.

Last year was a turbulent one in the city manager’s office as three people served in the position. Nyhoff suddenly disappeared over Memorial Day weekend with an undisclosed medical condition - days before the council was set to approve the new fiscal year budget. Nyhoff never returned as the council approved a $577,536 resignation and separation agreement with him in July, ending his three-and-a-half year tenure with the city.

Then-Assistant City Manager Anne Cardwell was appointed interim city manager. But she only stayed in the position for two months. She left Vallejo in October to become the finance director with the city of Napa. The city council then named Mike Malone, the city’s water director, as interim city manager.

Mayor Robert McConnell said last September that the recruitment process to find a new city manager could take 12 to 16 months.

An ordinance banning the possession and sale of “ghost guns” is expected to receive a second and final approval from the council.

If approved, the ordinance will go into effect 30 days later and make it a misdemeanor offense to own, purchase, or sell unfinished frames or receivers.

The council approved the ordinance on first reading during the Jan. 11 meeting following a presentation from Vallejo police Capt. Jason Potts, who said the unregulated and untraceable guns account for about one in five guns Vallejo police seize in the city. Ghost gun kits are cheaper than weapons produced by licensed manufacturers and allow buyers to avoid the required background checks.

Vallejo’s ban comes as other cities in the state including San Diego and San Francisco have adopted similar stances following the proliferation of the weapons throughout California.

Tuesday’s meeting will mark a return to teleconference gatherings for the city council, which decided to begin meeting online-only as the number of COVID-19 cases have surged over the past month.

Interim City Manager Mike Malone recommended the change as almost 30 city employees tested positive for COVID-19 already this year. The decision to return to the council chambers came last October following more than 18 months away, after the vaccination rate in the city eclipsed 85%.

That decision was made, in part, with the adoption of a mask mandate requiring people 4 years and older to wear a face covering over their nose and mouth while inside any buildings open to the public. Those spaces include grocery stories, office buildings, laundromats, and restaurants. State officials have extended a statewide indoor mask mandate through Feb. 15.

The Vallejo City Council is scheduled to meet at 7 p.m. Tuesday via teleconference. The meeting can be viewed three ways: Watch Vallejo local channel 28, stream from the city of Vallejo’s website: www.cityofvallejo.net/Streaming, or join the Zoom webinar: https://ZoomRegular.Cityofvallejo.net.