All three people had been dead for days before being found.
Share this news on: 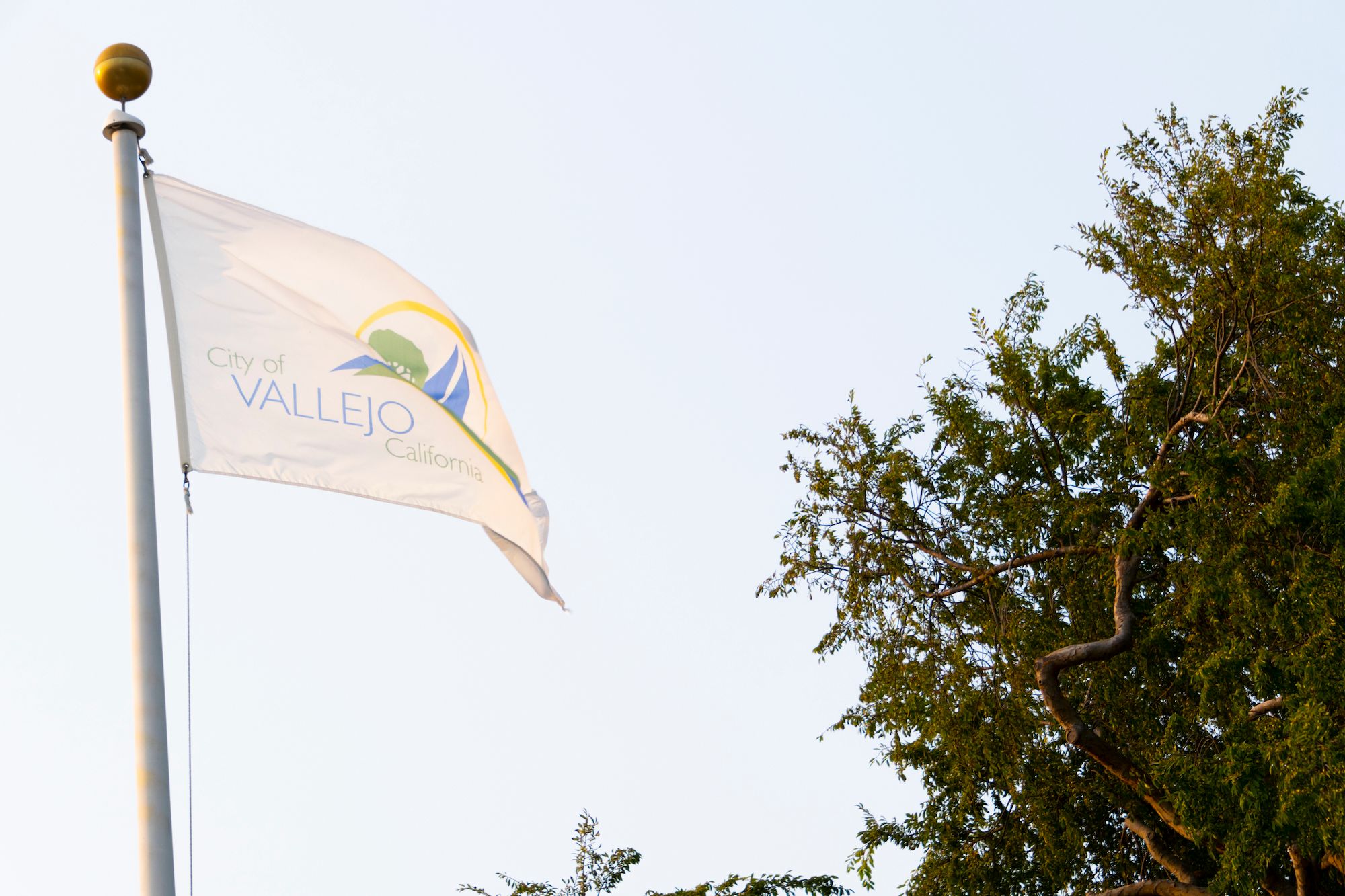 A flag outside Vallejo City Hall.

VALLEJO – City officials and representatives from partner nonprofits were adamant during Tuesday night’s city council meeting that people in the city’s Project RoomKey program were not dropped off in hotel rooms and forgotten about after the Vallejo Sun reported at least three people died alone in the program since November 2020.

All three people had been dead for days before being found. At least one of them was discovered in an advanced stage of decomposition.

The deaths were brought up before the council approved a $290,000 grant agreement with the nonprofit Fighting Back Partnership to fund a housing voucher program for about 50 people that lost their shelter when Project RoomKey ended Jan. 5. Project RoomKey was launched in the first month of the pandemic as state leaders attempted to stop the spread of COVID-19 by offering shelter options for people experiencing homelessness.

City Attorney Veronica Nebb responded to the criticism as she attempted to clarify the city’s role in Project RoomKey. Nebb said Project RoomKey was not a city program and participants were “adults with rights.”

“Adults, some of whom wanted to be, for a lack of a better word, managed and have services, and some of which did not and did not wish to open their doors or have people come in. No one was forced to do that,” Nebb said.

“We rented rooms for people. We didn’t knock down their doors if they didn’t answer them. We didn’t force them to interact with service providers. We gave them shelter, isolated them in a place where they weren’t as exposed to COVID, as they might have otherwise been and that was the extent of the program,” Nebb said.

District 6 councilmember Cristina Arriola said she was “just sickened” to learn about the deaths. She also took a shot at Nebb’s comments that Project RoomKey wasn’t a city program.

“I’m sorry, three deaths are way too many. Yet, could there have been more that died out in the camps? Maybe. We don’t know, but three is way too many,” Arriola said. “Now that I find out that we weren’t involved in that because it wasn’t our program, thank goodness I don’t have blood on my hands, because it wasn’t a city program.”

Meanwhile, Interim Assistant City Manager Gillian Hayes, who has overseen the housing program during the past six months said there might have been more deaths had the city not participated in the state program.

“This program was designed by the state for the most vulnerable of our homeless population in California, so those that already had underlying medical issues or concerns, who were at-risk for death on the streets, those were the people who got first priority for this program,” Hayes said.

“We were able to provide them a house and meals and mental health services and health care and all of those opportunities. I really do feel that we saved lives with this program. If all of these 175 people had remained on the street, I think that death rate would have been a lot higher,” Hayes said.

Richard Fisher of the nonprofit 4th Second, which participated in the Project RoomKey program, defended his organization.

“We’re not dropping people off in housing without providing services,” he said. “We understand these are temporary housing situations and we are continuing our service provisions: medical, mental health, substance abuse and providing housing navigation services.”

4th Second, Fighting Back Partnership, and a third nonprofit, Vallejo Together, backed a plan to place 40 7.5-foot by 7.5-foot tents and four Porta-Potties in a proposal called “Hope Village” in a church parking lot at 921 Amador St. as a way to find housing for about the remaining 50 participants in Project RoomKey as the project concluded.

That plan was met with concern from the surrounding neighborhood during a special Dec. 21 city council meeting. A week later, the council was presented with additional options, but a majority of the council expressed support for the housing voucher program.

Prior to the council vote, several speakers during the public comment section asked the council to reconsider giving the funding to Fighting Back Partnership, as they were involved in providing services to the unsheltered enrolled during Project Room Key.

Vallejo resident Melissa Swift said the deaths may have been preventable, and she argued that more should have been done to check on the welfare of the participants.

“At minimum it was a gross and criminal level of negligence on behalf of the city and partner organizations to place vulnerable individuals in hotel rooms and not conduct the bare minimum welfare checks such as a dead body can lie for several days and decompose to the point where a cause of death cannot be determined,” Swift said. “They would have not hidden it from the public if there was nothing to hide.”

Vice Mayor Rozzana Verder-Aliga, District 1, expressed support for the Fighting Back Partnership, stating that “they have a clear track record of service to this community.”

Several of the councilmembers said they wished to see an exit strategy with the housing voucher program and avoid a last minute rush to find housing for those that participated in Project RoomKey as was done with the proposed tent city in December.

Councimember Katy Miessner, at large, said she had concerns that a now-decentralized program would make it more difficult to check on participants.

“How are these people that are going to be in hotels and mobile homes going to be contacted?” she asked.

Part of Tuesday’s vote also included reallocating city’s American Rescue Plan Act (ARPA) funds, moving $400,000 from the Downtown Streets Team to Homeless Response Efforts. That allows the city to then move $290,000 of that money to the housing voucher program. City staff said that the remaining balance will go toward general homeless services that will be delegated by the council.

City staff said that about 34 people availed themselves of the housing voucher program, which includes hotel vouchers and mobile home rentals in the city of Vallejo and Vacaville. The grant runs from Jan. 1 through April 30, 2022.

Staff said the other 16 Project Roomkey guests indicated they would find housing elsewhere instead of participating in the housing voucher program.

Hayes said that the city and nonprofits are working on finding long-term solutions and hope to have them in place by the end of April.

“I would love to snap my fingers and have it all done by next week but that all takes time,” Hayes said.