The three men are charged with the murder under the provocative act doctrine.
Share this news on: 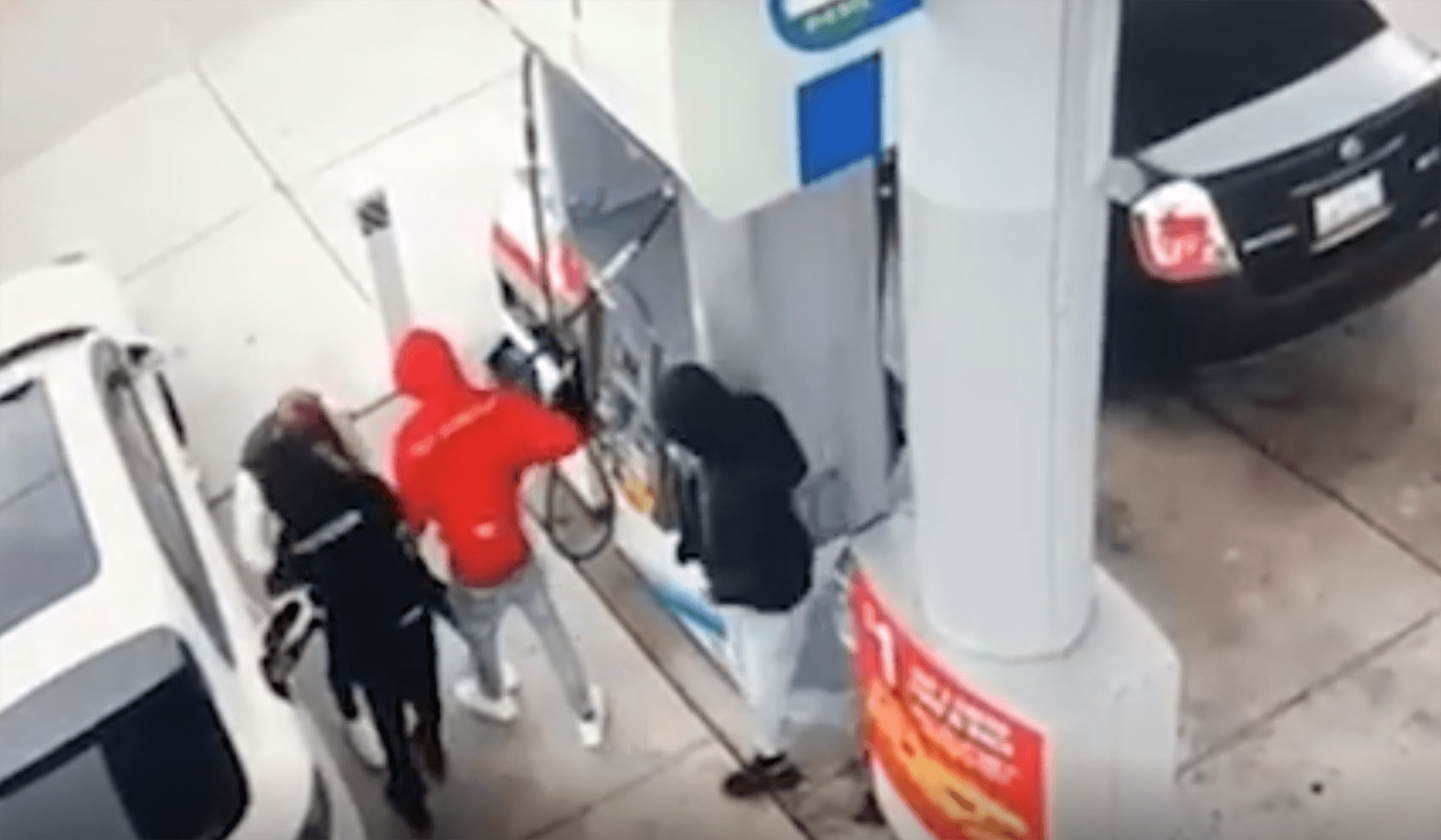 OAKLAND – Three men accused of robbing retired Oakland police Capt. Ersie Joyner last month have been arrested and charged with the murder of a fourth alleged robber, who was shot and killed by Joyner, the Alameda County District Attorney’s Office announced Tuesday.

The three men are charged with the murder under the provocative act doctrine, a legal theory which says that someone can be tried for a murder if they create a situation that leads to the death of another, even if they don’t commit the killing themselves.

In this case, the district attorney’s office says that Joyner feared for his life during the robbery and therefore shot and killed Desoni Gardner, 20, also known as rapper Lil Theze.

The robbery was captured on video, which shows three men approach Joyner at a gas station at 17th and Castro streets in Oakland shortly after 1 p.m. on Oct. 21.

In the video, three men in hooded sweatshirts approach Joyner as he is pumping gas. They move in close to him and struggle with him, then back away. After one takes something from Joyner’s car, Joyner pulls out a gun and shoots two of them.

One of the men Joyner shot flees. The other falls to the ground and was later identified as Gardner.

Joyner pursues but is shot multiple times by an unseen assailant.

According to a probable cause declaration by Oakland police Sgt. Bradley Baker, investigators determined that the other person Joyner shot, who survived, was Kemandre King, 20. The third person who struggled with him was Marlon King, 24, who allegedly shot Joyner as he pursued. Joshua Hayles, 28, allegedly drove a Nissan that the three men escaped in.

Gardner was pronounced dead at the scene. Police said that the other three men had circled the gas station prior to approaching Joyner and took jewelry, cash and a cellphone from him. Investigators said that they threatened to shoot Joyner and to steal his car. Police did not say what was in the bag that Gardner attempted to take from Joyner’s car.

Joyner was hospitalized with multiple gunshot wounds to his legs and torso but survived.

The Nissan was found abandoned in Berkeley three days later. Police said that investigators recovered additional evidence from it. All three suspects remained at large until last week. Kemandre and Marlon King were arrested in Elk Grove. Hayles was arrested in Houston on Nov. 19 and is being extradited to California.

Kemandre and Marlon King were arraigned during a brief hearing in Dublin on Tuesday morning. They are being held without bail and are scheduled to return to court on Dec. 17 to enter a plea.

In addition to the murder of Gardner, they are charged with attempted murder, assault with a firearm and second-degree robbery.

Gardner was a rapper who also went by Lil Theze. He was affiliated with Vallejo rap group SOB x RBE and appeared in videos with SOB x RBE member Daboii. Gardner has said he grew up in the Country Club Crest neighborhood of north Vallejo – also known as “the Crest,” the same neighborhood as famous rappers like Mac Dre and E-40.

Gardner’s brother Demazhe Gardner was murdered in July 2020. He was a rapper under the name Bandlife Birdy.

Kemandre and Marlon King also had ties to the Vallejo area.

Joyner was one of the most highly decorated Oakland police officers and spent decades with the department before he retired two years ago. He was credited a dramatic reduction in homicides through his leadership of the department’s Ceasefire program. Joyner also fired his gun five times while on duty, more than almost any other officer. One of the shootings was fatal.

Since he retired, he has gone into the cannabis business and owns a dispensary in Oakland.