The city said that Deputy Chief Jason Ta has been tapped to serve as interim police chief.
Share this news on: 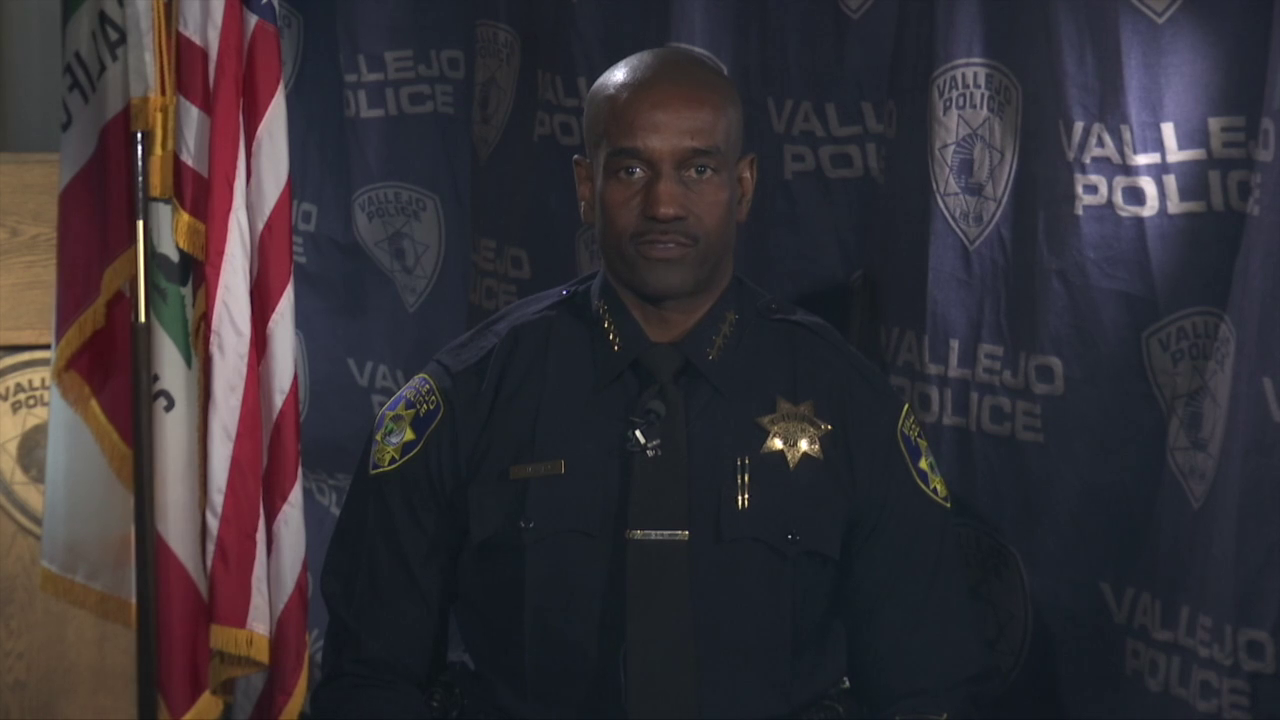 Williams, the city's first Black police chief, had a tumultuous tenure which included a public feud with the Vallejo Police Officers Association over low staffing levels within the department and the departure of several senior-level members of his command staff.

Williams came to Vallejo police after being lured away from the San Jose Police Department in 2019. In a statement, he thanked the city for his time as Vallejo's top cop.

“I arrived at the city during a challenging and controversial period in the City’s history," Williams said. "It was my goal as police chief to build collaborative partnerships between the Department and the community."

"While the Department still has strides to make toward its ultimate goals, together we have accomplished many tasks that I feel have put VPD on the right path to success," he added.

The city said that Deputy Chief Jason Ta has been tapped to serve as interim police chief. Ta came to the city in September 2021 after also being hired from San Jose police.

The city said that City Manager Mike Malone will be working with the Vallejo City Council and the community on the selection of a new police chief.

"He accomplished so very much in working toward the change of the very needed cultural shift within VPD," McConnell added. "With his efforts and those of all the talented individuals he attracted, especially from the San Jose PD I grew to respect him and every one of them."

During his time in Vallejo, Williams was accused of providing false testimony during an arbitration hearing following the firing of Lt. Herman Robinson after Williams accused him of allegedly sending out confidential information.

Kreins, however, testified under oath that he never had such a conversation with Williams about Robinson and that the charges levied against Robinson did not merit termination.

Robinson, who was fired in April 2021, returned to work earlier this year after an arbitrator ordered his reinstatement with back pay which includes 10% interest.

Robinson, along with former Vallejo police officials and current officers in uniform, posed for pictures on the steps of the police building when Robinson returned to work.

Following his reinstatement, the longtime police lieutenant sued the city alleging that Williams, along with his command staff, refused to allow Robinson to return to work and further claimed that Williams engaged in age discrimination and harassment against Robinson.

Tonn fired five times through the windshield of an unmarked pickup truck as he and two other officers were driving into a Walgreens parking lot responding to looting in response to the police killing of George Floyd in Minneapolis. Tonn said that he saw Monterrosa turn around and point a gun, but Monterrosa had only a hammer in the pocket of his hoodie.

An outside investigation by the OIR Group concluded last year that Tonn violated department policy when he killed Monterrosa. Based on the investigation’s findings, Williams issued Tonn a notice of termination.

In particular, Fox raised doubts that Tonn had violated the use of force policies in part because of Williams’ statements in the days after the shooting justifying it, because Williams did not bring up the shooting at Tonn's performance evaluation later that year, and because Williams waited more than a year before placing Tonn on administrative leave.

Following Fox's decision, Williams again continued with the termination process. Like Robinson, Tonn is expected to appeal the decision to arbitration.

The animosity between Williams and the Vallejo Police Officers' Association includes a separate lawsuit from Michael Nichelini, president of the union and a former police lieutenant, was fired in March 2021 after he was the subject of several internal investigations.

Nichelini filed the lawsuit alleging he was subjected to retaliation and intimidation by top-ranking Vallejo city officials, including Williams.

The union announced in July that it most members had no confidence about Williams' job performance. That announcement was met by claims from the Vallejo-based Community Democratic Club that the union was engaging in anti-Black sentiment against Williams.

Meanwhile, Williams' job performance has been lauded by most members of the city council. In September, Councilmember Mina Loera-Diaz was one of the more vocal supporters.

“We don’t hear enough (on) what a good job the chief is doing,” Loera-Diaz said during the Sept. 27 meeting. “I fully support the chief. I want to go on record, as someone that has lived here for almost 40 years, and I truly see the difference of what he is bringing into Vallejo.”

In the city's statement announcing Williams' resignation, Malone thanked Williams for his time in Vallejo.

“We are thankful for the progressive changes in policy that Chief Williams brought forward during his time with Vallejo," Malone said. "We look forward to continuing our reform efforts and meeting our ongoing goals for service excellence, inclusiveness and accountability.”

Drew Ramsay, who has been serving as an acting captain was promoted to the full position, while Lt. Robert "Bobby" Knight was tapped to serve as a provisional captain. Additional changes include Jeremy Huff being promoted to lieutenant, and Jeremy Callinan being promoted to sergeant.

Ramsay was made acting captain in July following the departures of captains Jason Potts and Todd Tribble. Potts, a Vallejo native, left the city in June to oversee the Department of Public Safety for the city of Las Vegas.

Tribble retired on July 1 after nearly 19 years with Vallejo police. His retirement came months after his brother, former Lt. Michael Kent Tribble, testified during a criminal case in Solano County Superior Court that he and another Concord police officer devised the idea for officers to bend the tips of their star-shaped badges following a shooting.

The promotions take effect on Monday.