The judge expressed fear that Ian Rogers could commit violence after his release.
Share this news on: 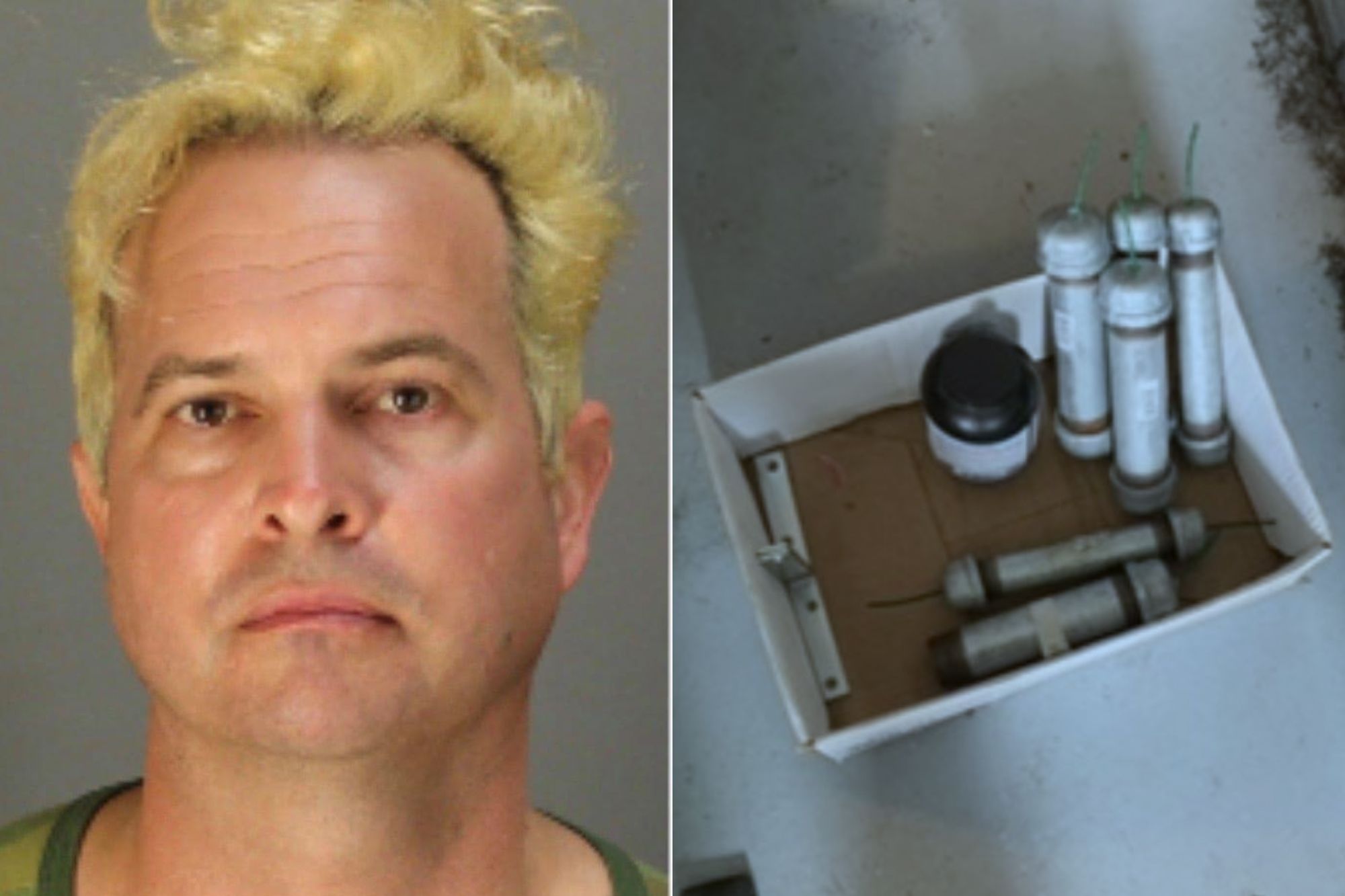 SAN FRANCISCO – A federal judge has delayed sentencing of a Napa man accused of plotting to blow up the Democrats’ Sacramento headquarters last year, expressing a fear that the defendant could commit violence after his release and showed a lack of remorse.

Ian Benjamin Rogers, 46, of Napa pleaded guilty in May to conspiracy to destroy a building by fire or explosive for a plot hatched with a co-defendant, his former employee Jarrod Copeland, to firebomb the Sacramento building and possibly other political and corporate targets.

Prosecutors said that the two — who were affiliated with the far-right Three Percenter movement — were specifically motivated to violence by former President Donald Trump’s defeat in the 2020 election. The plot was discovered after authorities received a tip that Rogers was plotting violence. Investigators seized Rogers’ cellphone, which contained text messages with Copeland discussing potential targets of attack, along with nearly 50 guns, including several machine guns, and five pipe bombs.

A plea agreement with prosecutors called for Rogers to be sentenced to 7 to 9 years in federal prison. But at his sentencing hearing Wednesday, U.S. District Judge Charles R. Breyer indicated that he may not accept that agreement.

“This is a very serious offense. It is an act of terrorism, but for the intervention of law enforcement. It's the court's view that there was no impediment to the act of terrorism,” Breyer said. “The evidence that was obtained certainly shows that there was a plan, a design, an opportunity and an ability to carry out the firebombing of the Democratic Headquarters located in Sacramento, California.”

Breyer said that he was alarmed at comments he said Rogers made to the U.S. Probation Office, including Rogers saying, “I feel very bad for putting myself in a bad situation, for allowing the government to destroy my life.”

Breyer said that he had never seen a statement like that in his 32 years as a judge. “His regret was that his conduct led to his arrest and disclosure of his activities and now the government was taking action,” Breyer said. “Put another way, he regrets he was caught.”

In asking the judge for leniency, Rogers’ defense attorney, Colin Cooper, wrote in court filings that Rogers began drinking excessively following his 2016 divorce, and even more so after the 2020 election, when he began ranting about blowing up government buildings. But Cooper wrote that Rogers took “no actual, physical steps” to carry out an attack.

Cooper reiterated during Wednesday’s hearing that Rogers’ speech was “bloviating” and that he had no intent to carry out the attack, which the judge refuted with what else Rogers allegedly did to prepare.

"He had five fully operational firebombs, an arsenal that would be the envy of the Ukrainian people. He had a map he had disseminated showing the exact location of the John Burton building. He had scoped it out and determined that the CHP and the fire department were in close proximity to that building,” Breyer said. “If you're going to try and convince me that this was just talk, you're going to have to address all of those acts that aren't speech taken by your client."

While Cooper said that the recommended 7 to 9 years was an appropriate punishment for a 46-year-old man who could lead a productive life following his release, Breyer said Rogers could seek revenge once he’s released.

“I am seriously concerned about someone who says to me that the mistake he made was that the government now has intervened and has ruined his life,” Breyer said. “That reflects an attitude where a person harbors a very serious grudge against the government.”

Breyer also chided prosecutors for accepting a deal that would have Rogers spend less than a decade in prison given what he saw as Rogers lack of remorse and likelihood to commit other crimes in the future.

Breyer’s comments echoed comments another judge made earlier this year regarding plea deals afforded to  Booglaloo militia members for destroying text messages with Stephen Carrillo, who pleaded guilty to the murder of a Federal Protective Service officer. In that case — which was also prosecuted by Assistant U.S. Attorneys Frank Riebli and Eric Cheng — U.S. District Court Judge James Donato called the defendants a “public threat” and threw out deals where they would only be sentenced to up to one year in prison. However, when he ultimately sentenced them, he sentenced each to only 6 months in prison.

In Rogers’ case, Breyer did not indicate whether he would ultimately reject the plea deal, but continued the sentencing until next month and told both prosecutors and defense to be prepared to address his concerns.

At the same time, Rogers’ co-conspirator pleaded guilty to conspiracy and obstruction of records earlier this year, but little has been revealed about his guilty plea because it was entered under seal, according to U.S. Attorney’s Office spokesperson Abraham Simmons. During Wednesday’s hearing, court officials said that Copeland and Rogers would both be sentenced on Oct. 27. Weapons charges against Rogers in Napa County Superior Court are still pending.