Three of five candidates for the supervisor seat in District 3 debated in a forum hosted by the ACLU and Solano Community College.
Share this news on: 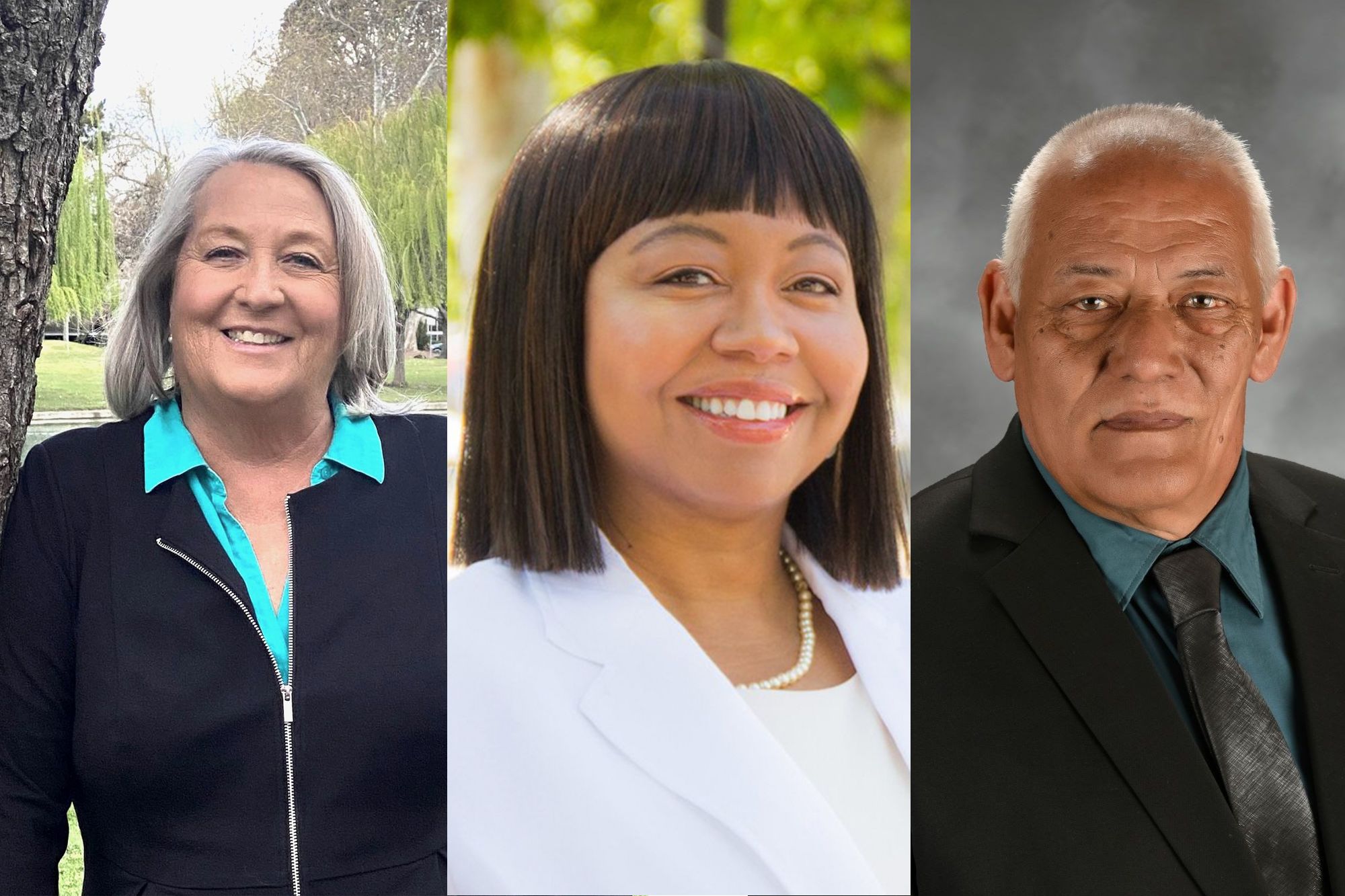 FAIRFIELD – Three candidates running for the Solano Board of Supervisors discussed homelessness at length during a virtual debate Monday evening as each argued that they are best suited to address it.

Political consultant Jennifer Barton said she would leverage her extensive contacts in the state and federal government to bring the most resources to the county. Suisun City councilmember Wanda Williams, however, critiqued the current county government as more talk than action. Retired police officer Joseph Joyce argued his outsider’s perspective would be able to set the county on a new path.

The three of five candidates for the supervisor seat in District 3 – which covers portions of Fairfield and Suisun City, as well as Travis Air Force Base – debated in a forum hosted by the American Civil Liberties Union (ACLU) of Solano County and Solano Community College. Fairfield councilmember Chuck Timm and former Suisun City Mayor Pete Sanchez are also running but did not attend the forum.

Election day is June 7. If no candidate receives more than 50% of the vote, the top two vote-getters will proceed to a runoff election in November.

While the candidates discussed a variety of topics — including public land use, climate change and possible extremism in the sheriff’s office — they kept returning to issues of homelessness and affordable housing.

“They spend a lot of time discussing homelessness and not implementing strategies in order to combat it,” Williams said of the current Board of Supervisors.

Williams advocated for a multifaceted response to homelessness that included more mental health services and job training. She also said that rental protections were not working, in part because applications have to go through Catholic Charities, which was tapped by the county to administer the state’s COVID-19 Emergency Rental Assistance Program.

“It’s imperative at the county level that we make sure our communities have full access,” Williams said. “Otherwise we’re going to keep seeing a rise in homelessness.”

Barton said that she would seek more state funds to protect people from experiencing homelessness, citing the state’s nearly $100 million budget surplus. "We have a budget that's booming,” she said. “If this isn't the perfect way to use that budget money, I don't know what is.”

Having worked in representatives’ offices in both state and local government, Barton said that she was uniquely qualified to procure outside funds. While she has never held elected office, she was district director for U.S. Rep. Ellen Tauscher for six years and later worked in the office of state Assemblymember Jim Frazier for seven years, including three years as chief of staff.

“I can help identify where that [money] is and how to get it back to the county,” Barton said. She also said that it was important for cities to coordinate their efforts to get state and federal funds, rather than each city competing for the same pot.

Joyce, who was a law enforcement officer for 19 years in the 1980s and 90s in Solano, Marin and Alameda counties and now sells equipment to police departments, criticized the Board of Supervisors as “career politicians” who “throw good money after bad.”

“I want to run to provide a citizens' perspective into county government,” he said. “Over the last couple years, it's been more and more apparent that we need a local voice back in the government.”

Joyce pointed to fire evacuations, where resources are swiftly deployed for evacuees, and said the county simply lacked the “resolve” to confront homelessness.

After a series of scandals involving the sheriff’s office, including the revelation that some had displayed support for a far-right extremist group, the supervisors had a meeting to discuss creating an oversight board but ultimately did not do so, with only Supervisor Monica Brown in support.

Joyce said unequivocally that he would not support an oversight board, saying that because the sheriff was elected he did not need more oversight. “The Constitutional officers in the county are elected by the citizens, how dare we take away their voice?” he said.

Williams supported what she called a “hybrid” approach to sheriff’s oversight, which would bring together an oversight board with representatives of the sheriff’s office so that the community would “know how law enforcement is responding to their concerns.”

“How can they work together to make sure concerns are being met?” she said.

Barton said that she was troubled by recent reports about the sheriff’s office. But she recalled the long process BART took after the police shooting of Oscar Grant in 2009 to create an oversight board, including inviting outside experts to make an assessment.

“Let's have that transparency, let's see what's going on, let's see what recommendations we have,” she said, adding that an oversight board was, “always an option.”

At other times during the debate, Barton said the county needed better public transportation, citing a campaign volunteer who took two hours to get from Vacaville to Fairfield by bus. Williams discussed the needs of farmers and preserving open space, emphasizing her job as project manager for the Solano Land Trust.

Joyce cited his lack of experience as a strength. “Just like my opponents today, we all want to work on problems of homelessness and housing costs,” he said. “I don't want to keep throwing our money at bad programs.”