Fired Deputy Police Chief Michael Kihmm a wrote a letter requesting that a notice of termination written by Chief Shawny Williams be removed from his personnel file.
Share this news on: 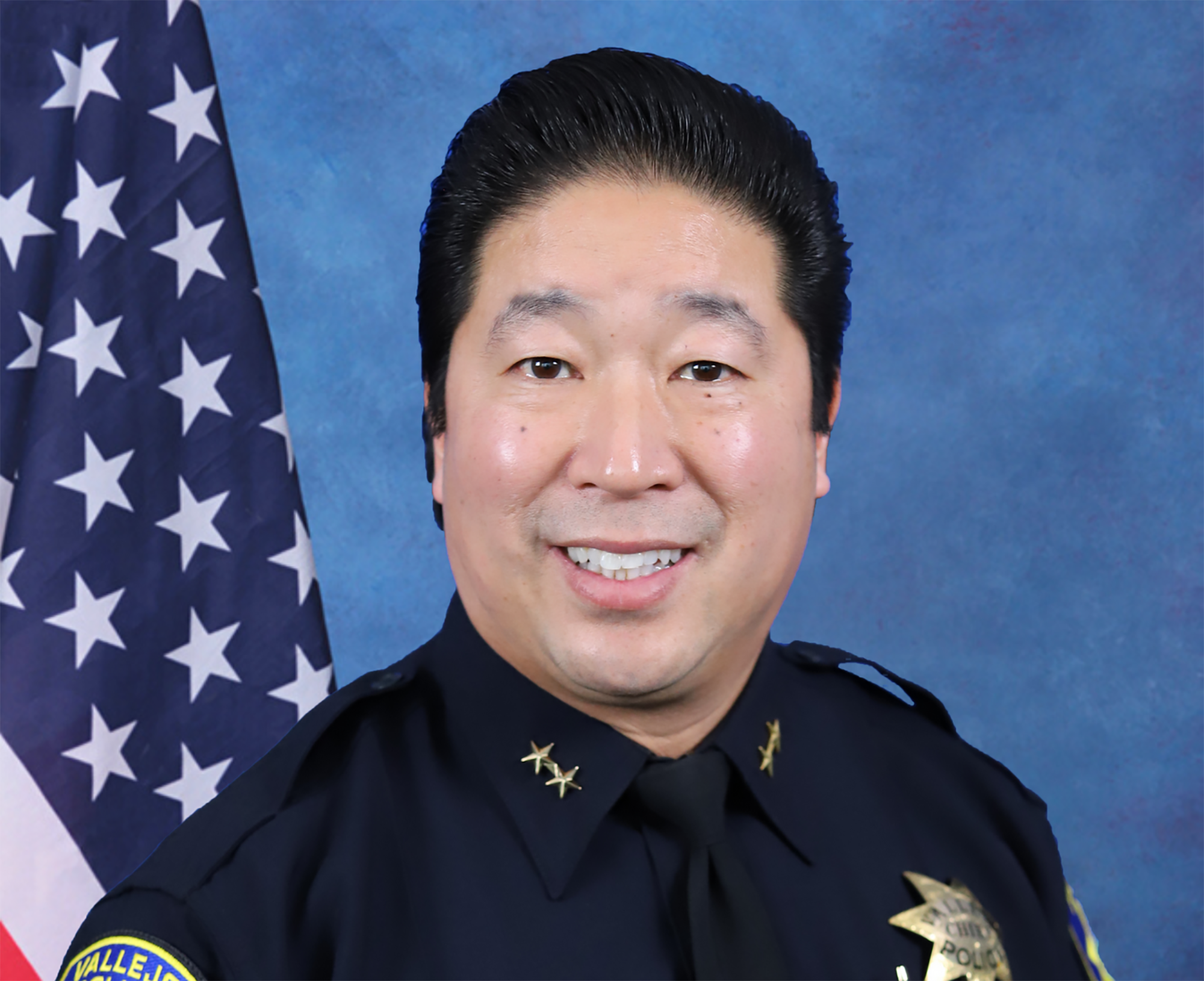 VALLEJO – Last year, Vallejo police Chief Shawny Williams, who had joined the department as part of ongoing reform efforts, summarily fired his hand-picked deputy chief, a former colleague from San Jose whom Williams had recruited to help him lead the department.

Williams provided no explanation for the sudden dismissal. But records obtained by the Vallejo Sun show that former Vallejo Deputy Police Chief Michael Kihmm called the two reasons for his termination “false” and “unfounded” in a letter he wrote requesting that a notice of termination written by Williams be removed from his personnel file.

Additional records obtained by the Sun contradict one of Williams’ allegations: that Kihmm’s practice of conducting exit interviews with departing officers was interfering with interviews by the city’s HR department. Emails show the officer in question had in fact participated in an HR interview the day before Kihmm’s.

In the other, Williams alleged that Kihmm had failed to alert him to a personnel matter in a timely manner, though Kihmm contends that he was under no obligation or instruction to do so and brought it to the chief’s attention after allowing a subordinate to gather more information.

The records obtained by the Sun finally provide an explanation for Kihmm's sudden departure last October. After Williams was hired to run Vallejo police in 2019, he recruited Kihmm as deputy chief, but fired him just 11 months later, shortly after he hired another San Jose colleague, Jason Ta, to the second deputy chief position. Kihmm’s position remains vacant.

Because Kihmm was an at-will employee under California law, Williams was not required to show cause for termination but chose to draft the letter anyway. Williams did not respond to questions about the documents.

According to his LinkedIn profile, Kihmm was first hired as a police officer in Milpitas in 1991 and joined San Jose police about three years later, where he worked for the next 26 years, eventually being promoted to captain.

Williams had worked in the San Jose Police Department for 26 years and became deputy chief leading the department’s 190-person investigations bureau in 2015 before leaving for Vallejo four years later.

When Williams hired Kihmm in November 2020, he praised Kihmm’s knowledge and experience. “As we strive for a safer Vallejo, I am confident that Michael will help us advance the principles of 21st Century Policing and cultivate an environment that engages the hearts and minds of all employees, community stakeholders and our youth,” Williams said in a statement.

In his brief time with Vallejo, Kihmm’s duties included reviewing internal affairs investigations. In one case he reviewed, Kihmm adjusted a use of force finding by then-Sgt. Sanjay Ramrakha, who concluded that Officer Colin Eaton did not violate the use of force policy when he stepped on a man’s head during a search. Kihmm concluded that it was a violation. Williams suspended Eaton for 80 hours, which a hearing officer during a mandatory review hearing found to be too lenient, but deferred to Williams’ judgment.

Ramrakha was later promoted to lieutenant and tasked with revising the department’s use of force policies.

Williams’ opinion of his hand-picked deputy chief quickly soured. In one of two reasons cited on the notice of termination he wrote, Williams accused Kihmm of interfering with exit interviews by the city’s human resources department by conducting separate interviews. Williams wrote that he directed Kihmm in August 2021 not to conduct any exit interviews but alleged that Kihmm continued to do so despite his orders.

In one instance Williams cited by name, he alleged that departing Officer Bretton Wagoner – the officer who was driving the truck during the 2020 shooting of Sean Monterrosa who took a position in the Napa County Sheriff’s Office in September 2021 – declined an exit interview with the city’s HR department because he already had one scheduled with Kihmm.

In his response, Kihmm said that Williams’ statements were false. He said that Williams gave him permission to conduct informal exit interviews after he was hired, which he said, “offers a very detailed look at our workplace culture, day to day processes, and employee morale.”

“I would advise Chief Williams what was said,” Kihmm wrote. “After a few of these interviews, Chief Williams advised me he didn’t want to hear what was said since the officers seemed to only voice complaints about him and the way the organization was being led by him.”

Kihmm said that Williams never ordered him to stop conducting interviews. Still, after Williams suggested he stop, Kihmm intended to stop, but proceeded with an exit interview with Wagoner on Sept. 16, which he said was his last interview. He also wrote that Wagoner had completed an HR interview the day before his.

Emails obtained by the Sun corroborate Kihmm’s version of events and show that Wagoner scheduled an exit interview for Sept. 15 with personnel technician Sara Castro.

The other reason Williams cited for Kihmm’s termination involved a personnel issue with a patrol squad under Lt. Steve Darden.

That issue started with a complaint that Officer Jordan Patzer sent to Capt. Jason Potts on Sept. 10 saying his patrol squad had “ongoing issues” with their superiors, Sgt. Jodi Brown and Darden, and mentioned “retaliation,” “harassment” and “hostile work environment,” according to Williams.

Williams told Kihmm that he was required to inform him in writing of Patzer’s complaint. “Your failure to do so led to several conversations that should not have occurred,” Williams wrote.

But according to Kihmm, he was on vacation when he received Potts’ email. He said Potts called him while he was away and that Patzer’s complaint did not appear to indicate anyone was being discriminated against. Still, Kihmm said he and Potts agreed Williams should be notified, but Potts asked for permission to meet with Patzer and attempt to mitigate the situation before bringing it to Williams, which Kihmm agreed to.

“Captain Jason Potts is keenly aware that Chief Williams would normally ask what efforts we did to immediately address any complaints or concerns,” Kihmm wrote. “Therefore, I allowed Captain Potts to attempt to investigate the allegations and verify what the complaint were with Officer Patzer.”

Potts scheduled a meeting with Patzer the next time he was at work, on Sept. 17, according to Kihmm. He spoke to Darden and Brown the same evening hoping to mitigate the situation. After that, Darden contacted Brown and the patrol squad, which caused “further frustrations amongst the officers on the team,” Kihmm wrote.

The next day, Potts sent Williams a memorandum to document Patzer’s complaint and his attempts to verify and mitigate the situation “as any supervisor would be allowed to do per department policy,” Kihmm wrote.

Since the deputy chief position is an at will position not subject to the Police Officers Association contract, Kihmm was not due the typical recourse for a terminated employee, such as the right to a Skelly review hearing nor arbitration. Still, Kihmm sent his letter asking for the department to remove Williams’ letter from his personnel file in an effort to clear his name, saying Williams’ letter was “false and inaccurate.”

“The termination memorandum tarnishes my reputation and attempts to defame my character as a sworn police officer,” Kihmm wrote. “I have never had this type of discipline in my file in the last 30 years.”

It was unclear if Williams’ letter was pulled from Kihmm’s file.