A federal judge dealt the city of Vallejo a blow last week by ruling that a civil lawsuit, accusing two Vallejo police officers of using excessive force during a 2018 traffic stop, could continue.
Share this news on: 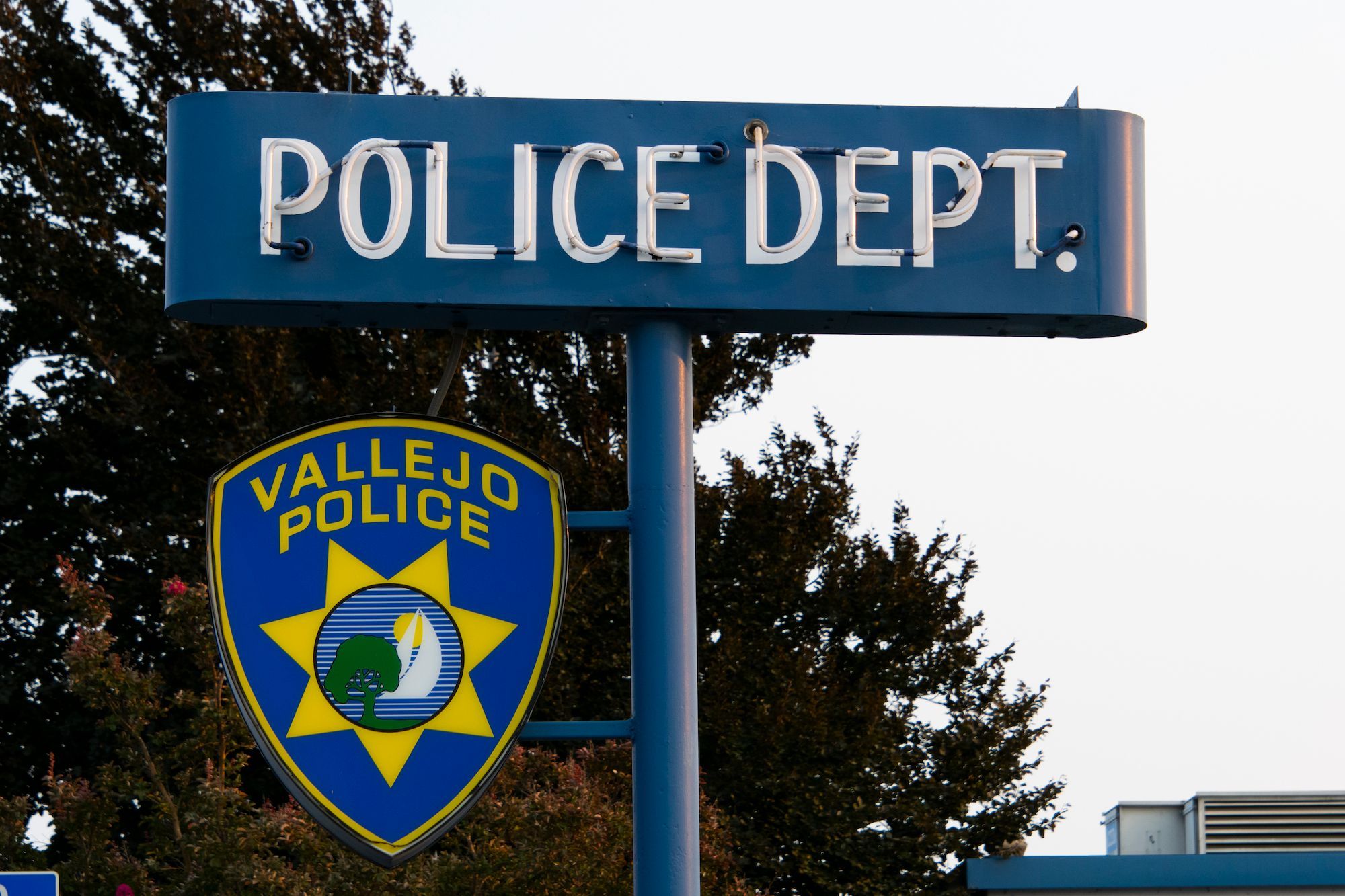 VALLEJO – A federal judge dealt the city of Vallejo a blow last week by ruling  that a civil lawsuit, accusing two Vallejo police officers of using excessive force during a 2018 traffic stop, could continue.

Judge Kimberly J. Mueller denied the city’s motion for summary judgment in a lawsuit filed by Delon Thurston, who alleges Officers Kevin Barreto and Heather Lamb violated her 4th Amendment rights when they pulled her from her vehicle and searched her car during an October 2018 traffic stop.

Thurston further alleges Lamb sexually assaulted her when she touched the woman’s breasts and inserting fingers into Thurston’s vagina through her clothes as the officer patted-down the woman. Former Vallejo Police Chief Andrew Bidou is also named as a defendant in the lawsuit.

The city’s motion for summary judgment asserts that attorneys for Thurston presented no legitimate issue to go before a jury trial.

The lawsuit states Thurston was driving home when she was pulled over by Barreto and his partner Jarrett Tonn, who is not named as a defendant in the case. Barreto said that while driving behind Thurston, he allegedly saw her slam on her brakes and failed to use her blinker when making a turn.

The woman pulled into her driveway and the officers approached, noticing that Thurston wore gloves on her hands, raising their suspicions.

“They had heard that car thieves wear latex gloves to avoid leaving fingerprints, so they immediately began wondering whether Thurston had stolen the car,” the court wrote.

Thurston told the San Francisco Chronicle that she wore the gloves containing turmeric, black pepper, lavender, and coconut oil as a way to sooth her hands and wrists following her shifts as a massage therapist.

According to court records, Barreto then asked Thurston to turn off the car and provide him with her driver’s license, which Thurston refused. Fearing for her safety, Thurston began to roll up her driver’s side window when Barreto opened the driver’s side door, reaching over her, and turning the car off.

“Thurston began screaming and asking why Barreto was touching her,” according to the court.  “At some point, Thurston reached for her bag, which was in the passenger’s seat, to get her documents.”

After opening the car door, the officer pulled “Thurston from the car and threw her to the ground. He knelt on her back, and Tonn pushed his knee into her neck, driving her face into the pavement.” That’s when the officers handcuffed Thurston.

Barreto said he didn’t violate Thurston’s Fourth Amendment rights, arguing he had probable cause because of Thurston’s traffic infractions. Thurston disagreed, arguing  that she wasn’t driving dangerously and further claims that she used her blinker.

“The court cannot resolve this dispute at summary judgment, so a genuine dispute of material fact precludes the conclusion that the stop was reasonable,” Mueller wrote.

Mueller further ruled against Barreto’s push for summary judgment on the excessive force claim, stating that “even if the stop was lawful there remains the question whether the amount of force was justified, given that Barreto pulled Thurston from the car, after which she ended up on the ground, and Barreto knelt on her back while he handcuffed her. “

Mueller also rejected the claim that Barreto is entitled to qualified immunity, a defense shielding public officials, including law enforcement, from being sued.

“...the court is unable on the present record to conclude as a matter of law that Barreto did not violate Thurston’s Fourth Amendment rights,” Mueller wrote.

Mueller said she could not resolve the dispute on whether Barreto could have reasonably believed Thurston was reaching for a weapon. The judge conceded that Thurston had been uncooperative by refusing to provide her license and then began reaching for her yet unsearched bag, but Mueller also said that the officers outnumbered Thurston, and there was no indication the woman was armed. Mueller said the only crime the officers might have observed was a misdemeanor, and “Thurston was not trying to drive away from the officers, and their suspicion she may have stolen the car was based solely on the fact she was wearing latex gloves.”

“In sum, a reasonable jury could conclude that Barreto used excessive force, and if it did, he would not be entitled to qualified immunity because the clearly established law provides that excessive force may not be used against a nonviolent suspect who is engaged in passive resistance,” Mueller wrote.

Barreto also argued he should receive summary judgment even if the relevant facts are disputed, stating that he would have been relying on his mistaken but good-faith belief that she was not driving safely.

Mueller disagreed, arguing that “the record does not permit the court to conclude as a matter of law that Barreto’s mistake, if his perception of the facts was mistaken, was reasonable and in good faith.”

“Such a conclusion would be possible only with a great deal more undisputed information about the circumstances,” the judge wrote. “For example, how far from Thurston’s car was Barreto? How abruptly did she brake? How carefully was Barreto observing her? Did he have an unobstructed view of her car and blinker? How light or dark was it outside? Were there any other cars on the road? Barreto’s fellow officer Tonn says nothing about a blinker; why not? How credible is Barreto’s account in light of the other officers’ accounts overall?”

The court also refused to conclude that Lamb is protected by qualified immunity on the claim that she conducted an unreasonable search by touching Thurston’s vagina.

“While Lamb argues any touching was ‘inadvertent,’ a jury could still conclude that Lamb’s actions were neither accidental nor de minimis [immaterial], Mueller wrote. “As no body camera video captures Lamb’s pat-down in its entirety, resolution of this dispute requires evaluation of the parties’ conflicting accounts and a credibility decision that must be left to the jury.

Mueller also denied the city’s attempt to throw out a claim that the officers violated Thurston’s rights under the Bane Act, which is the state’s civil rights law.

“Viewing the evidence in the light most favorable to Thurston, it is possible that a reasonable jury could find the officers had the specific intent necessary to prove up a Bane Act claim,” the judge wrote.

While not named in the lawsuit, Jarrett Tonn is no stranger to the court.

Last year, Vallejo settled a federal civil rights lawsuit stemming from an incident involving Tonn and the alleged assault of a man at an area church for $150,000. Vallejo officials also agreed to a $52,500 settlement in September 2020 with Robert Strong, who filed a lawsuit in May 2018 arguing Tonn pulled him out of his vehicle without warning after he refused to stop filming the traffic stop on the afternoon of April 19, 2017 near Springs Road and Lassen Street.

Vallejo police Chief Shawny Williams moved to fire Tonn last December for violating departmental policies when he shot and killed 22-year-old Sean Monterrosa of San Francisco outside a Vallejo Walgreens during the early morning hours of June 2, 2020. However, Skelly officer Marc Fox overturned those findings earlier this year calling them “excessive,” according to a report obtained and reviewed by the Vallejo Sun.

Monterrosa was Tonn’s fourth on-duty shooting and his first fatal one since becoming a police officer in Vallejo in 2014. It was also his first shooting found to be in violation of department policy.