The only change made to the letter Monday night was to the last sentence, clarifying that the commission would be willing to cooperate with the installation of a fence.
Share this news on: 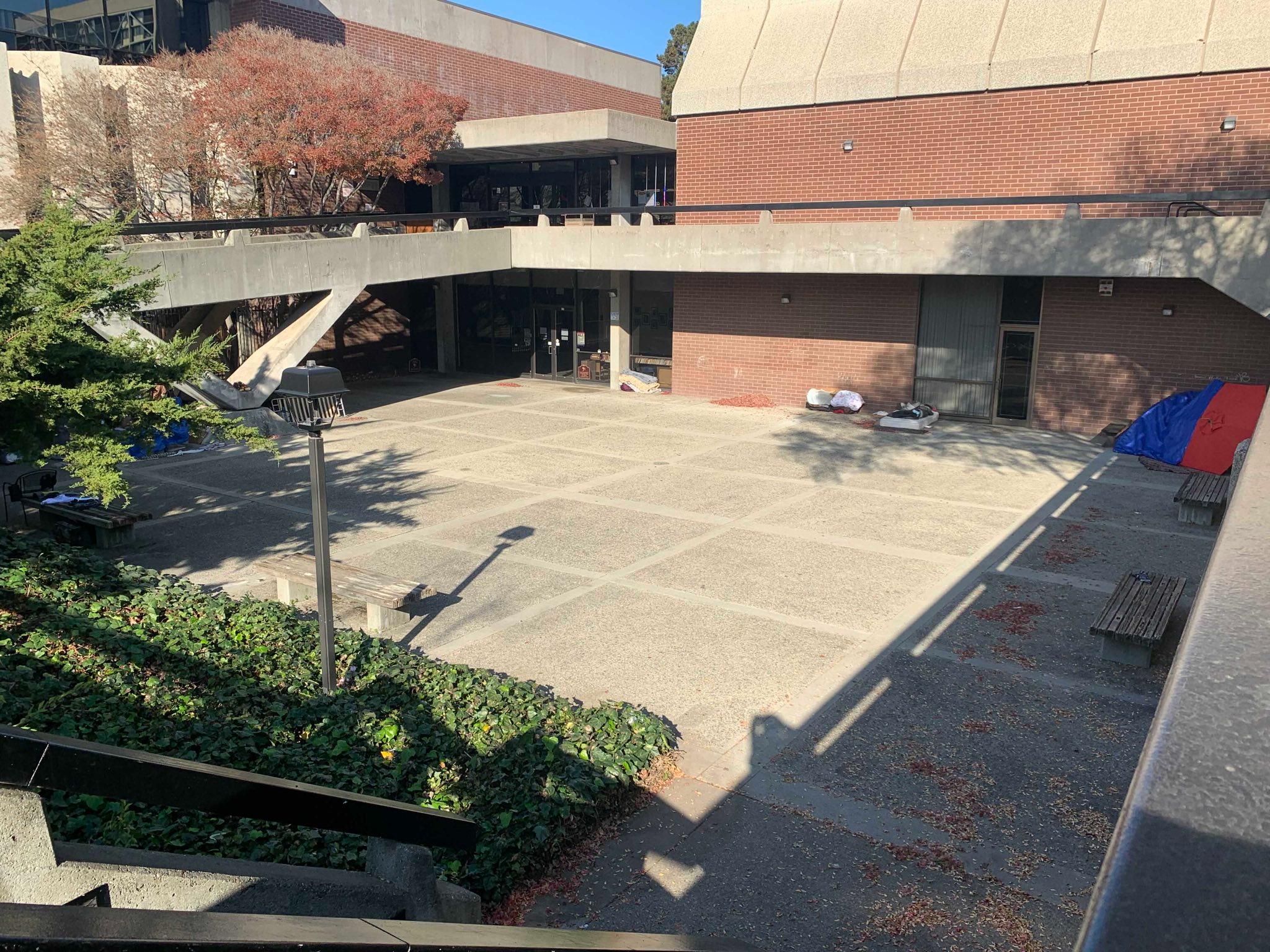 VALLEJO – The Vallejo City Council can expect a letter from the McCune Collection Commission soon.

Chair Henry Beecher took credit for writing the single page letter, saying the idea behind it came after he spoke with code enforcement and Mayor Robert McConnell about the encampment that has grown from two to six people during the past 18 months.

“This is particularly impactful on events,” Beecher said during the meeting about the encampment, which is located near the front doors to the rare book collection.

Beecher said people walk by the encampment, located on the lower level of a plaza, when the collection is open to the general public during the city’s art walk, which is held every second Friday of the month, and during the weekly farmer’s market. He said the collection’s front doors open up to the plaza.

“The area beneath the staircase is used as an open latrine – subjecting visitors to a nauseating stench that is simply indescribable,” the letter reads. “Vallejo Code Enforcement has made several attempts to offer assistance with relocation; however, the occupants have been repeatedly uncooperative, even flat out refusing any aid.”

The letter also asks the council to erect a black iron fence around the area to prevent anyone from living in the plaza. Beecher said a similar fence is located on the other side of the library/city hall complex and it keeps people out. He did, however, mention seeing someone scaling that fence.

“The point is he didn't bring anything with him,” Beecher said.

Most of the commission’s time was spent chastising the Vallejo Sun which published a preview article ahead of Monday’s meeting. Some of the commissioners said the article’s language made it seem like the decision to send the letter was a done deal.

The Vallejo Sun requested comment from the city on Dec. 2, asking about the city’s position on the letter and if the city intends to remove the encampment. About 25 minutes after the commission started Monday night, Vallejo Spokesperson Christina Lee sent a statement.

“The City is aware of this small encampment in the sheltered area next to the library. At this time, it is unlawful for us to remove people or belongings from an established encampment without a 72-hour notice and available shelter options,” Lee said.

She added, “We agree with the Commission that Vallejo, like every other city in the Bay Area, is in desperate need of assistance for our homeless populations and the City is exploring its options.”

In 2018, the 9th Circuit Court of Appeals ruled that cities cannot penalize people that cannot obtain shelter for lying, sleeping or sitting on public property.

There are few options for Vallejo's homeless. There is the 100-bed Christian Help Center, the city’s only shelter, on Sacramento Street. However, the Sun reported last month that the shelter is running at reduced capacity to allow social distancing during the COVID-19 pandemic.

The only public comment came from former McCune commissioner Julie Stratton who had concerns that the Sun’s article made it seem like the letter had already been approved. Stratton resigned from the commission in 2020 after she made racial comments about former Mayor Osby Davis and Councilman Hakeem Brown.

Earlier this year, Stratton applied to serve on the commission once more but was met with resistance regarding her comments declaring that Brown and Davis – who are both Black – displayed “the Old Uppity Kneegrow [sic] syndrome.”