The day-long block party will feature local musicians, food and activities for children.
Share this news on: 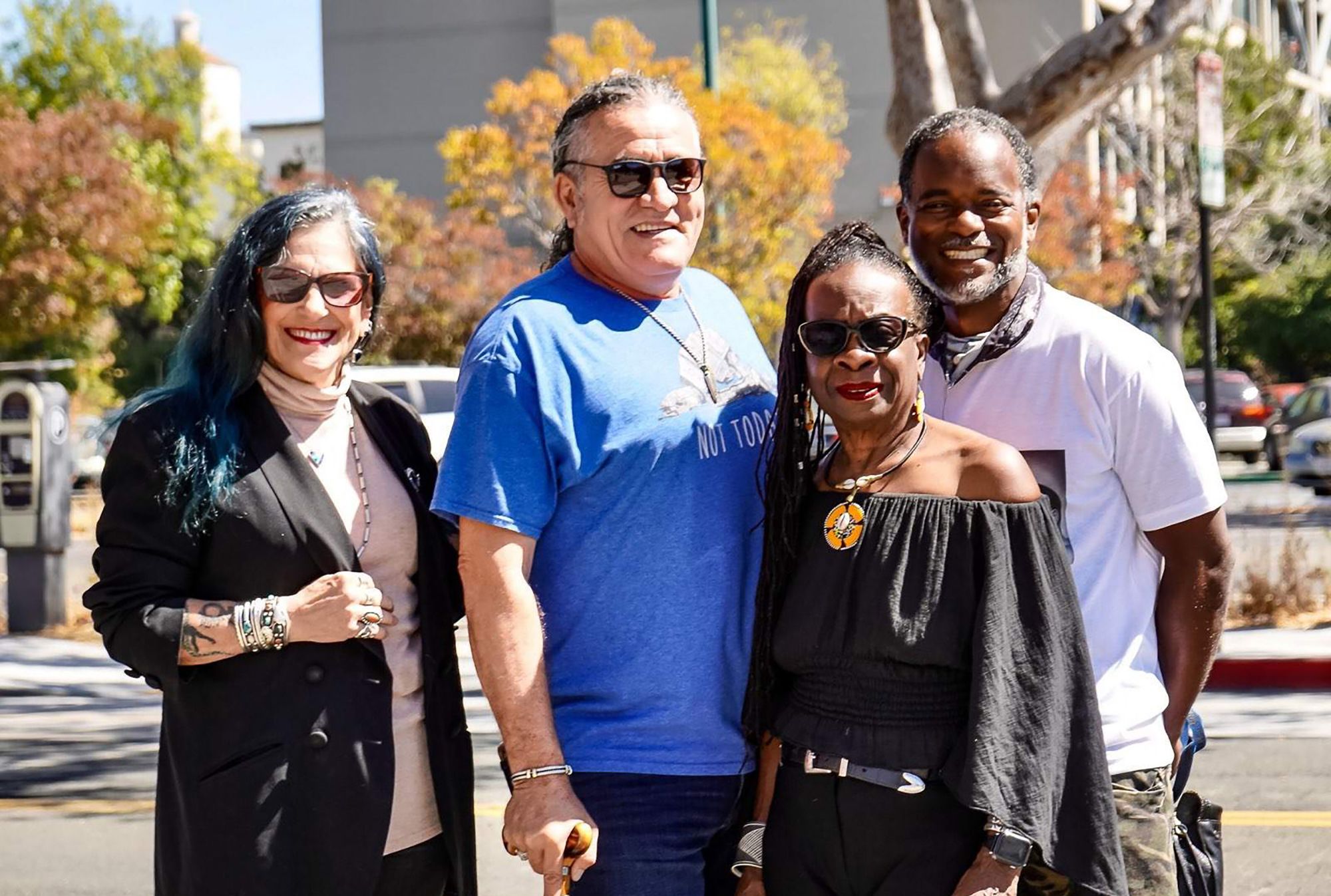 Mishel Deniz Adolph, Mario Saucedo, Askari Sowonde and Randy Babb, who designed a Black Lives Matter mural that will be painted in front of Vallejo City Hall on Saturday.

VALLEJO – A Black Lives Matter mural will be painted on the street in front of Vallejo City Hall on Saturday during a day-long block party that will feature local musicians, food and activities for children.

The party will be hosted by Askari Sowonde Productions’ 411 Series - Vallejo Seeking Solutions and run from 10 a.m. to 6 p.m. on the 500 block of Santa Clara Street.

The community is invited to help paint the mural while being entertained by local musicians, including bluesman Alvon Johnson, percussionist Zebra Man, jazz guitarist David El and vocalist Jasmine Robinson.

The Greater Vallejo Recreation District and the John F. Kennedy Library will host arts and crafts activities for kids. A food truck and some classic cars will round up the scene. Speakers will include Mario Saucedo of Solano AIDS Coalition and  Vallejo City Councilmember Tina Arriola.

The project comes to fruition after a two-year delay because of the COVID-19 pandemic. Sowonde, an activist and event organizer, first proposed the mural to the Vallejo City Council in 2020, which voted 5-2 in favor of the mural later that year.

“This wasn’t an easy decision for some of them, but it was worth it to many of us,” Sowonde told the Vallejo Sun.

Unlike other Black Lives Matter murals of unadorned type, this one includes two colorful portraits and bright, artistic lettering.  It will be painted in one line on Santa Clara Street with the words facing City Hall.

Sowande said she knows that having the words written down on the ground does not necessarily mean that minds will be opened. “This is solely about our people, our way of life being recognized, and saying  that we're here, that you need to see us, and things need to change,” she said.

A flier announcing the event  includes the phrase "Black Lives Matter is NOT about An Organization." The #BlackLivesMattter and #BLM hashtags first erupted on social media after the 2013 acquittal of George Zimmerman, who killed Trayvon Martin in Florida. The slogan was reportedly created by one of the founders of the Black Lives Matter Global Network Foundation, which has since attracted criticism over their financial practices.

Sowonde said the slogan is about a fight that has gone on in this country for 100 years and that she sees it as a progression of the Black is Beautiful movement of the 1960s, when James Brown sang, "Say it Loud, I'm Black and I'm Proud.”

“It’s about the history of our people and the fact that we're still struggling like crazy in 2022,” she said.

The mural was not supported by all. Councilmembers Rozzanna Verder-Aliga and Hakeem Brown were the two dissenting votes against the project. Brown made a long statement criticizing "empty platitudes," saying that it is hypocritical to paint a Black Lives Matter mural when education is underfunded and many Black Vallejo youth lack opportunity.

Sowonde responded to Brown’s criticism, saying he "thinks differently than a lot of us, but in a way he's right. We need action, not only words.”

She said she sees the mural as making a statement to set an intention for positive future actions, not as a statement that the fight is over. “I'm hoping that when they walk across it that their minds will open, but I’m not naive,” she said.

“This is about being seen and visible in this community,” Sowonde said. “We’re not seen at city council.”

A Black Lives Mural painted in Martinez in July of 2020 was repeatedly vandalized and ended up being paved over within the same year. Sowande says she is concerned that there will be pushback, but said, “At some point, I have to stop worrying. What shall be will be.”

For more information or to find out how you can participate in the block party celebration contact Mishel Deniz Adolph at misheldeniz53@gmail.com. 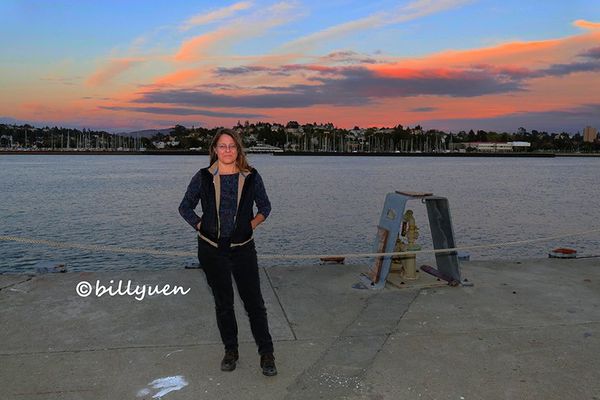