Two Fairfield police officers fired from behind other officers, prompting a colleague to shout for them to stop.
Share this news on: 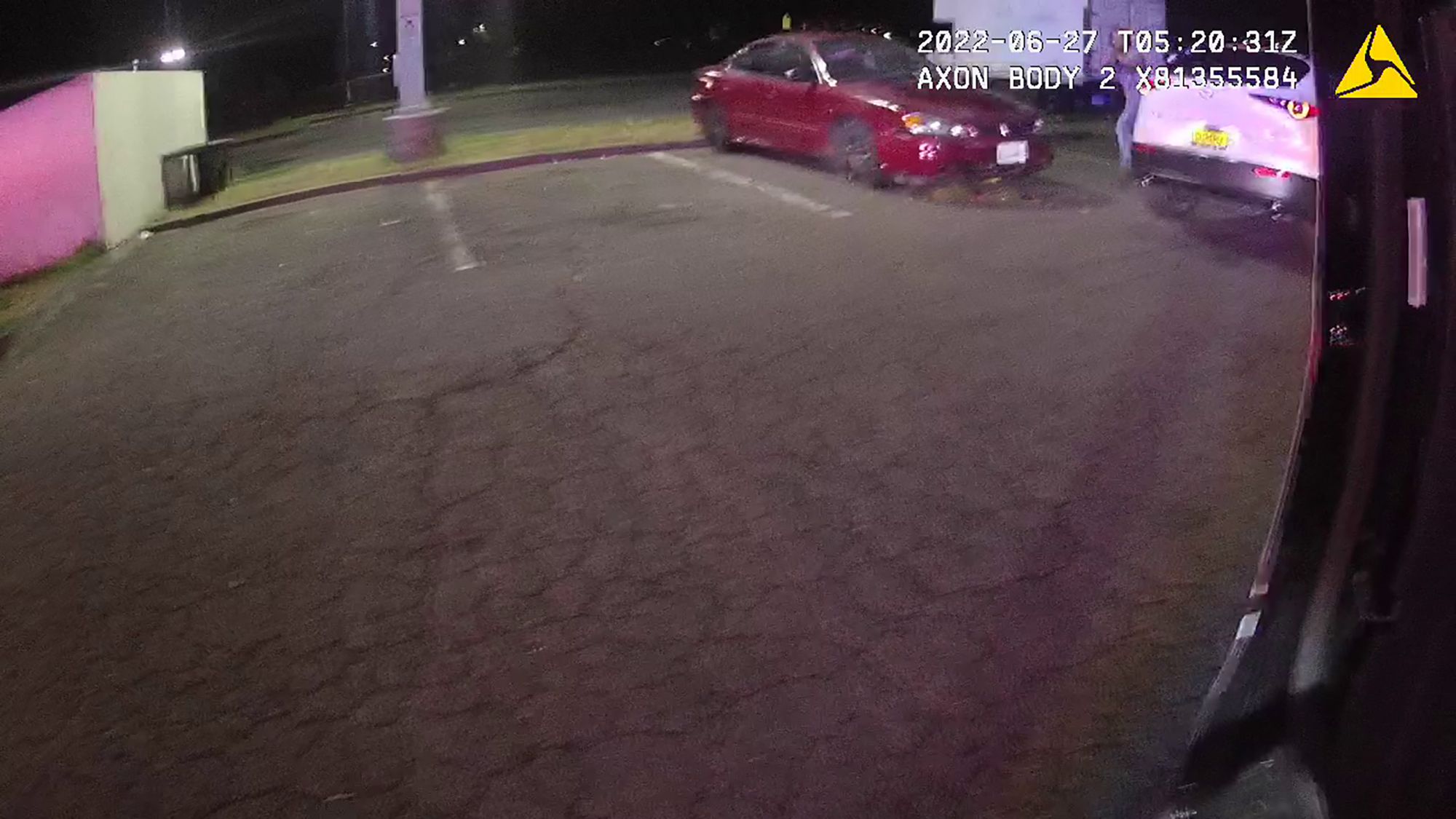 FAIRFIELD – Two Fairfield police officers fired from behind other officers, prompting a colleague to shout for them to stop, after they pursued a driver to Vallejo and he allegedly fired at them in June, body camera video obtained by the Vallejo Sun shows.

Newly released video of the June 26 police shooting of a man identified as Patrick Hall shows a chaotic scene of officers arriving as shots ring out, and allegedly returning fire. As two officers fired from behind a colleague, he shouted at them to hold their fire. The same officer already had a bullet go through his windshield, allegedly fired by Hall.


The department released the video to the Vallejo Sun after this publication sued the department and settled to have raw video of the incident to be released by Wednesday.

The department also used the body camera video to publish an edited version of the events, which includes only one angle of the shooting, even though five officers fired their weapons.

The pursuit and shooting happened June 26 after Fairfield police attempted to pull a man later identified Hall over on North Texas Street and Marigold Drive around 10 p.m., police said in a statement after the shooting.

Police alleged that during the pursuit Hall shot at officers, with several of the bullets hitting the police vehicles. Police said that one bullet that Hall fired penetrated a patrol car's windshield and struck the driver’s side headrest, narrowly missing the officer.

Video shows glass shatter in Beedle’s windshield as he was driving. “He shot right by my head,” Beedle later told another officer.

Officers chased Hall to North Vallejo, where they used a spike strip to stop Hall’s white SUV. Police alleged that Hall again shot at the officers, who returned fire and struck Hall.

Amavisca’s body camera footage shows the clearest image of Hall during the shooting. Just before shots are heard on the video, Hall can be seen moving from behind the SUV to behind a maroon sedan parked nearby. He appears to be pointing a gun at the officers.

When Beedle arrived at the scene, he got out of his car and fired toward the sedan. He voices concern that someone behind him was firing in his direction. “Hold your fire, I’m right here,” he yelled over his left shoulder. “Watch your muzzle. Muzzle down.”

Body camera footage shows that two officers were behind Beedle to his left and fired from there. Driscoll was immediately to Beedle’s left and Diaz shot from directly behind Driscoll.

Fairfield police spokesperson Jennifer Brantley did not immediately respond to questions about whether Driscoll and Diaz’s actions were considered in line with department policy or placed another officer’s life in danger.

After Hall was shot and was lying on the ground, the officers shouted at him not to reach for the gun, though neither Hall nor the gun are visible in the video. Eventually they approached Hall, handcuffed him and treated his gunshot wounds in his arm and leg. Hall was later taken to a hospital and survived the shooting.

Prosecutors charged Hall with attempted murder and other crimes days after the shooting. His criminal case is pending.

The city had previously refused to release the footage, citing the ongoing criminal prosecution of Hall. In September, the Vallejo Sun filed a petition in Solano County Superior Court to compel release of the footage, arguing that it must be released under state law. Last week, the Fairfield City Council approved a settlement with the Sun, which required the city to release the footage by the end of the day Wednesday.

Hall was the second person shot in Vallejo by an outside law enforcement agency in June. A Solano County sheriff’s deputy shot and killed Jason Thompson on June 19 after he approached deputies while holding saw blades.

In that case, the DA’s office also delayed the release of video past the 45-day deadline, saying it had not interviewed all witnesses. The sheriff’s office released the video a month after the deadline on Sept. 2.