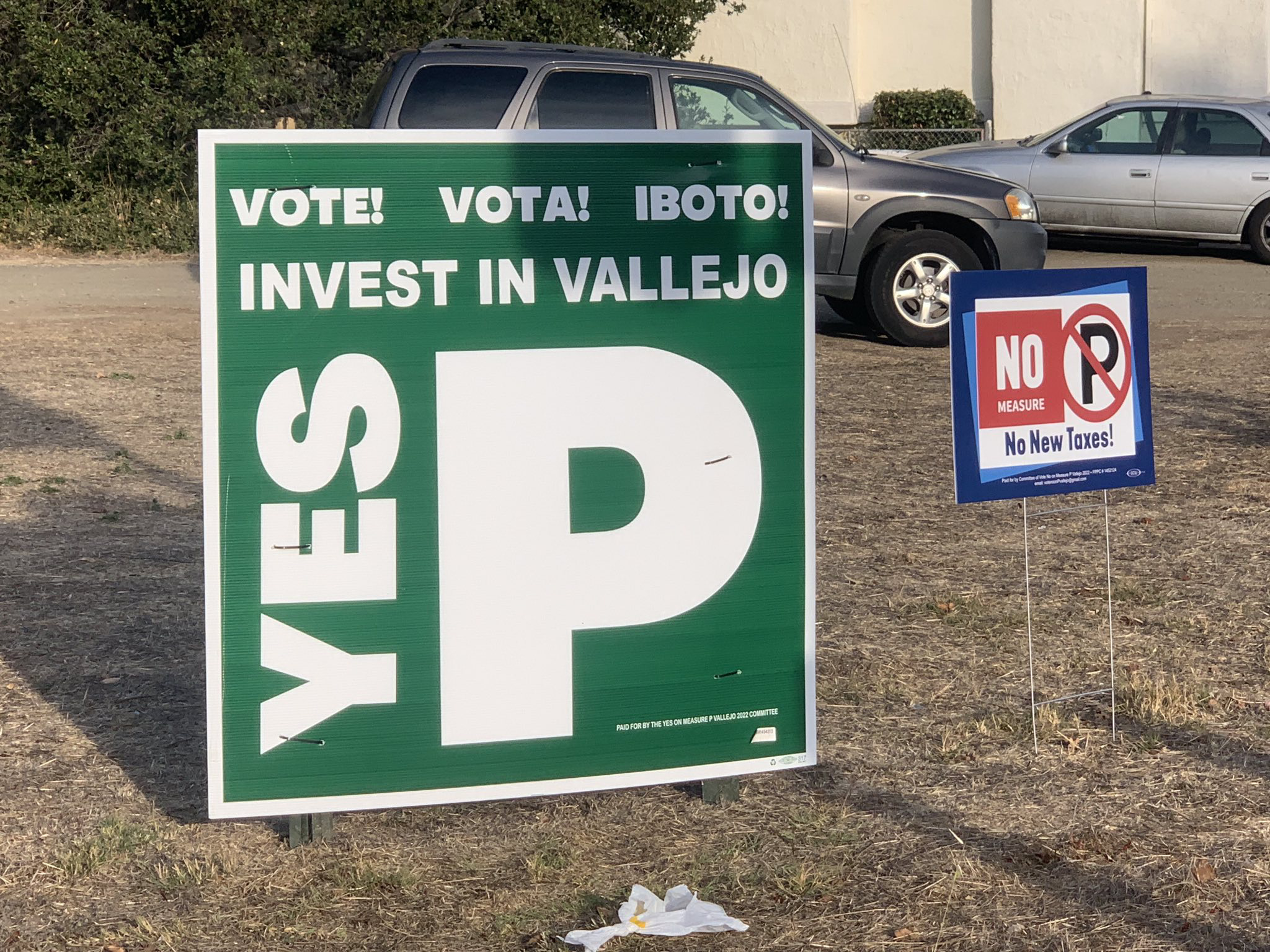 Measure P is leading with 55% of the vote-by-mail and precinct ballots counted so far, according to unofficial results released by the Solano County Registrar of Voters.

Backed by most of the Vallejo City Council, Measure P is expected to generate $18 million annually for the city’s general fund and was sold to voters as a way to fund the city’s response to address blight, illegal dumping, homelessness, and roads, as well as providing fire and police protection and keeping public spaces clean.

But the funds are not earmarked for those purposes and could be spent on anything. If the money raised by Measure P were to be set aside specifically for those purposes, it would require a two-thirds vote to pass. Instead, it requires a simple majority and the revenue from the proposed tax would be deposited into the city’s general fund, which mostly goes to fund the police and fire departments.

If approved, the extra seven-eighths tax would make Vallejo's sales tax the highest in Solano County at 9.25%. That would still make Vallejo’s sales tax lower than many other Bay Area municipalities, including most major cities in Alameda County and several in Contra Costa County, according to the California Department of Tax and Fee Administration. The state’s highest tax rate is currently the city of Alameda at 10.75% and the lowest is the unincorporated community of Zenia in Trinity County at 7.25%.

Those supporting Vallejo’s latest tax increase argue it's the only way to address Vallejo's issues and would make the city more appealing to outside businesses and investors. Those against contend that the tax is regressive in that it taxes the rich and those in most need financially equally and asks the poorest Vallejo residents to contribute more in a challenging economic environment.

This isn’t the first time city officials asked voters to decide on raising the sales tax. Vallejo residents narrowly rejected a three-quarter-cent sales tax increase in November 2020 which would have been used to maintain fire and police protection, keep public spaces safe, and support local businesses, the city said at the time.

Solano County’s proposed one-eighth of a cent sales tax aimed at improving wildfire preparedness and response was losing 47% to 53%, according to early vote-by-mail numbers.

Placed on the ballot by the Solano County Board of Supervisors, the general tax, which is estimated to bring in $9 million per year, can be spent for any purpose. However, county officials said the new monies would be spent addressing wildfire preparedness.

Meanwhile, a proposed three-quarter-cent sales tax in Benicia, Measure R, is still too close to call. The measure had a 52% lead in early vote by mail results, but Election Day voters overwhelmingly rejected it, and after 10 p.m. it was failing 48-52%, according to results released by the county prior to 11 p.m.

Measure R requires 50% plus one of Benicia voters to pass.