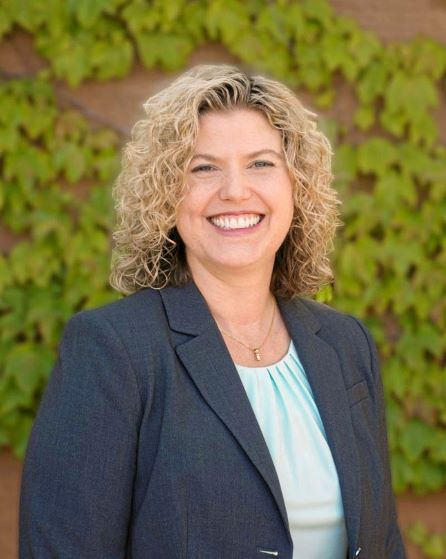 VALLEJO – City officials have begun the process of finding a new human resources director following the departure of Heather Ruiz, who left Vallejo last month amid allegations she failed to investigate racial discrimination and bullying complaints that were brought to her attention.

The city released the job announcement on April 2 about a month after Ruiz’s March 5 departure from Vallejo. Ruiz accepted the human resources director position with the city of Napa.

Ruiz and several other top Vallejo City Hall officials were named in a scathing wrongful termination lawsuit filed by Slater Matzke, Joanna Altman, and Will Morat with the Solano County Superior Court on Feb. 9.

All three worked in the city manager’s office and allege that Vallejo City Manager Greg Nyhoff “created a culture of discrimination, harassment, and retaliation Vallejo that was so deeply embedded that other employees felt free to do the same,” according to the lawsuit.

Besides Nyhoff and Ruiz, Assistant City Manager Anne Cardwell, and then-interim City Attorney Randy Risner were also named as defendants in the lawsuit.

Interestingly, around the same time the lawsuit was filed, an anonymous source informed JohnGlidden.com that Ruiz had given notice about her upcoming departure from Vallejo. City spokeswoman Christina Lee confirmed Ruiz had given a four-week notice and was leaving in early March.

Attempts to reach Ruiz for this article were unsuccessful.

The lawsuit levies multiple allegation against Nyhoff and the top echelon of his senior leadership team, describing a City Hall in chaos with Nyhoff fostering a hostile workplace.

Ruiz is accused of adding to that chaos by failing to investigate allegations of wrongdoing when issues were brought to her attention. This includes ignoring multiple discrimination complaints filed against Judy Shepard-Hall, Vallejo’s housing & community development program manager, the lawsuit alleges.

According to the lawsuit, an unnamed city employee reached out to Morat several times asking for guidance on how to handle Shepard-Hall’s alleged abuse.

“(The employee) had also filed multiple complaints with Human Resources…but nothing was done,” the lawsuit alleges. The complaints included bullying and harrassment.

Shepard-Hall’s behavior became more hostile, the lawsuit claims, when Morat and the employee attempted to attend during a February 2020 project meeting, but were shooed away by Shepard-Hall.

“The moment they arrived, Shepard-Hall pulled Morat aside and told him, ‘This meeting isn’t for staff. You’re going to have to have [the employee] leave,'” the lawsuit alleges. “Incensed, Morat and the employee left.”

According to the lawsuit, Shepard-Hall allegedly ask Ruiz if she would “get in trouble” for asking Morat and the employee to leave. Ruiz said she would not, the lawsuit claimed.

“Further, whenever a complaint was made to Ruiz about Shepard-Hall, Ruiz would tell her who had complained and would refuse to investigate,” the lawsuit alleges.

One of the emails was directed to those who attended the meeting, explaining his sudden departure from the project meeting, while the other was sent to Nyhoff, Ruiz, Cardwell, “regarding the incident and Shepard-Hall’s ongoing treatment of the employee,” the lawsuit reads.

The lawsuit alleges that the next day, Morat was placed on administrative leave in retaliation of sending the emails. According to the lawsuit, Nyhoff didn’t provide an explanation for the punishment with Ruiz allegedly stating that Morat “shouldn’t have sent the email.”

Following Morat’s placement on leave, Matzke was tapped to serve as interim head of the city’s economic development division. Reviewing all the allegations of discrimination and harassment against the employee, Matzke emailed Ruiz, Nyhoff, Cardwell, and Risner about his concerns.

“Again, Matzke’s concerns were unanswered. Matzke also spoke to the employee, who told him that HR had not responded to any of their complaints,” the lawsuit alleges. “Matzke then spoke to Nyhoff and sent him an email expressing his further concerns and requesting guidance on how to handle the situation. Nyhoff was unresponsive and dismissive of the issue, and failed to address these serious HR violations and allegations. “

The lawsuit claims that a month after the meeting incident, an investigation about Shepard-Hall’s action was launched. Morat, Altman, and Matzke were interveiwed, however, according to the lawsuit, the questions focused on Morat “and his behavior, management style, and conduct, (and) nothing to do with Shepard-Hall’s conduct.”

“In fact, Shepard-Hall and defendants Ruiz and Cardwell all conspired to terminate plaintiffs,” the lawsuit alleges. “It is clear that, although the investigation should have been confidential, plaintiffs’ statements were disclosed to Shepard-Hall.”

Reached for comment Wednesday, Shepard-Hall said she couldn’t comment on specific comments submitted to her from JohnGlidden.com since the questions “relate to an ongoing litigation matter.”

“I can however say that I have read the allegations of the litigation you have referenced and these allegations contain many factual inaccuracies which I believe will be addressed as part of the City’s response to the pending litigation,” she added.

The lawsuit further alleges Ruiz has informed multiple persons that the three fired employees were terminated for “doing something illegal.”

“Specifically, ·plaintiffs have been accused of embezzling money,” the lawsuit adds.

The lawsuit alleges that the Vallejo City Council ordered an investigation regarding Nyhoff’s alleged behavior. Altman, Morat, and Matzke were interviewed, with at least Matzke and Altman claiming they were required to participate in the interview or face termination.

“In response to questions about Nyhoff and discrimination, Plaintiffs detailed the harassment, discriminatory and bullying culture cultivated by him, as well as his willful failure to investigate HR complaints,” according to the lawsuit. “In short, each Plaintiff raised issues about possible violations of State and local law, regulations, charters, and rules.”

The lawsuit alleges that the content from the recorded interviews were given to Nyhoff with the city manager firing all three the day after the investigation was closed.

The lengthy lawsuit also claims Morat was fired after he raised concerns about a development deal regarding of 157-aceres of vacant, city-owned land on the north end of Mare Island. The lawsuit alleges Nyhoff watered down the agreement to benefit the developer, Southern Land Company, and not the city.

Morat spoke with the independent news agency Open Vallejo in February. In the article, Morat said Nyhoff’s “intent was to shred” the original term sheet after he met with Southern Land Company in 2019.

“(Nyhoff) wanted me to water down the agreement, in the interest of” the developers, Morat said in the same interview. “I said, ‘Greg, I can’t do that.’ He said, ‘If you don’t, I’ll find someone who will.’ I knew at that time something was up, and I knew my job was in jeopardy, and if I didn’t act in the interest of a developer, my job as a public employee was in danger.

“I would say it’s a fact that after he went to Tennessee and met with Southern Land in October (2019), that’s when everything changed,” Morat added.

Nyhoff also declined to be interviewed for this article, according to an email from Assistant City Manager Anne Cardwell.

“Greg is out of the office today, but he asked that I let you know that he does not have any additional comment beyond what the City has already provided,” Cardwell wrote in an April 5 email to JohnGlidden.com.

Nyhoff did provide a comment to ABC 7 about the lawsuit last December.

“Given that I am the subject of these false allegations, I will defer to the outside counsel who was retained independently by the City Council and led the investigation with the three former employees you speak of to answer your questions,” Nyhoff said to the news station. “These former employees reported their allegations to the City Council. The Council responded appropriately by calling for an independent investigation into these claims. While I am not privy to the content of the investigation, I was notified by the Council that I was exonerated of all claims. It appears that the intention is to distract and deflect from the good that the City is doing to reform our police department and build a thriving community with a strong economy.

“I will continue to work with my diverse group of talented department directors, focusing on City Council’s goals in the areas of economic development/jobs, public safety, and pandemic response,” he added. “I am also looking forward to continuing to work with our 120,000+ residents to find solutions to our challenges and celebrate our successes.”

Christopher Boucher was hired by Risner to conduct the investigation into Nyhoff. Boucher then hired Linda Daube to conduct interviews with city staff. About 10 city employees, including Morat, Altman, and Matzke were interviewed, ABC 7 reported.

“These individuals did not work well with Mr. Nyhoff, they did not care for Mr. Nyhoff as a city manager and frankly they wanted to get him removed as the city manager,” Boucher told the news station.

Both Morat, Altman were hired as administrative analysts under former Vallejo City manager Daniel Keen. At one point, Nyhoff named Morat interim manager over the city’s housing division prior to Shepard-Hall’s appointment to the position. After he was put in charge of the city’s economic development division. Altman oversaw the city’s cannabis program, parking, and was the city’s public information officer before Christina Lee was hired for the position.

Meanwhile, Matzke had a different path.

Matzke began with the city as a FUSE Executive Fellow in 2016. His assignment was improving the city’s image and also bringing investment opportunities to Vallejo. When his year term ended, the city hired Matzke as a consultant aiding the city’s economic development and marketing.

In November 2019, at the suggestion of Nyhoff, the council agreed to create a special new position just for Matzke: Special advisor to the city manager. Matzke began his new position in late January – three months later, he was gone with the other two.

Days after the terminations Nyhoff confirmed during the April 28, 2020 Vallejo City Council meeting that Paul Kelley, a former Sonoma County supervisor, had been tapped to serve as a special economic advisor to Nyhoff. Kelley oversees the city’s economic development division.

Despite budget shortfalls attributed by city officials to the COVID-19 pandemic, the promotions included pay raises. Both women receive a base salary of $184,771 in their respective positions, with each earning a pay differential of $8.88/per hour more as interim deputy city manager, according to differential pay authorizations approved by Nyhoff.

Nyhoff declined to comment when asked if he has named a new interim deputy city manager to replace Ruiz. Cardwell has been named interim human resources director, according to the city’s website.

Interestingly, Boucher’s law office has been hired to conduct the recruitment to find Vallejo’s next human resources director.

It wasn’t immediately known how much Boucher’s firm is being paid to conduct the recruitment.