Vallejo recovers from storm with another on the way

Downed trees trapped some residents in their homes.
Share this news on: 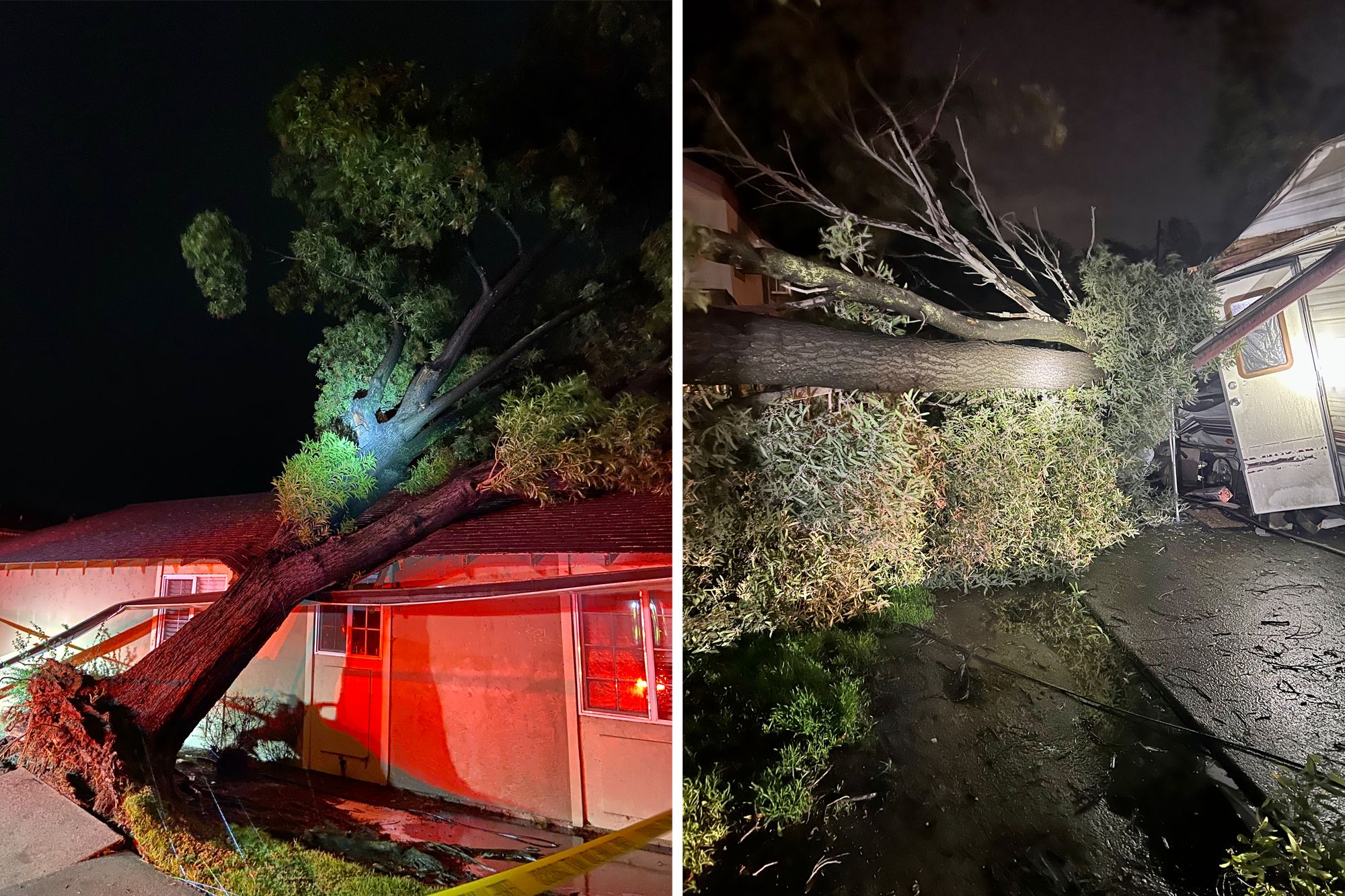 VALLEJO – The city of Vallejo was spared any significant flooding or prolonged widespread power outages from an atmospheric river that plowed through Northern California this week, but downed trees trapped some residents in their homes and another storm is forecast to bring heavy rain and risk of flooding to the region starting Saturday.

Vallejo Fire Department spokesperson Kevin Brown said that three large trees fell onto homes, including one on Corcoran Avenue in North Vallejo, one on Winters Street in West Vallejo and one on Pine Street in South Vallejo. Brown said that no one was hurt by the fallen trees but that the residents of two homes were trapped and had to be rescued.

Another approximately 20 trees or tree branches brought down power lines throughout the city, mostly causing small outages of a single home or in one case, one city street light. Brown said that none of the downed power lines caused any fires.

PG&E reported that most Vallejo residents maintained power throughout the storm. Approximately 3,200 homes and businesses lost power in East Vallejo on Wednesday night but PG&E crews repaired the damage in about two hours, according to PG&E outage reports.

At least one neighborhood of about 40 homes near Wilson Avenue in West Vallejo lost power at about 10 p.m. on Wednesday and remained without power on Friday afternoon, according to PG&E outage reports. PG&E estimated that the neighborhood would remain without power until about 4 p.m. Friday.

Brown also said that the fire department responded to a fatal crash on Interstate 80 near the Carquinez Bridge toll plaza on Friday morning after a pickup truck hit a disabled vehicle on the shoulder. Brown said that there was only light rain at the time of the crash.

The storm prompted the city to open a warming shelter for the city’s homeless population at the Norman C. King Community Center in South Vallejo on Wednesday and Thursday in accordance with a policy the city adopted for opening emergency shelters last month. City spokesperson Christina Lee said in an email that eight people stayed in the shelter on Wednesday night and 12 people stayed there on Thursday night.

But despite more heavy rain in the forecast starting Saturday, Lee said there are currently no plans to reopen the shelter.

In anticipation of the rain, Six Flags Discovery Kingdom in Vallejo announced it would be  closed on Saturday. The forecast also forced the Greater Vallejo Recreation District to move its inaugural Polar Plunge event from Saturday to Jan. 14, where participants will swim in an olympic size pool set to 86 degrees.

“Excessive runoff may result in flooding of rivers, creeks, streams, and other low-lying and flood-prone locations,” the NWS warned. “Creeks and streams may rise out of their banks. Flooding may occur in low-lying and poor drainage areas, roadways, and other urban areas.”

Free self serve sandbags are available 24 hours a day 7 days a week throughout the winter at the following locations in Vallejo and Benicia: