Vallejo looks for ways to address break-ins at downtown businesses

Newly-elected Vallejo Councilmember Charles Palmares has scheduled two town hall meetings to discuss the break-ins, including one on Saturday.
Share this news on: 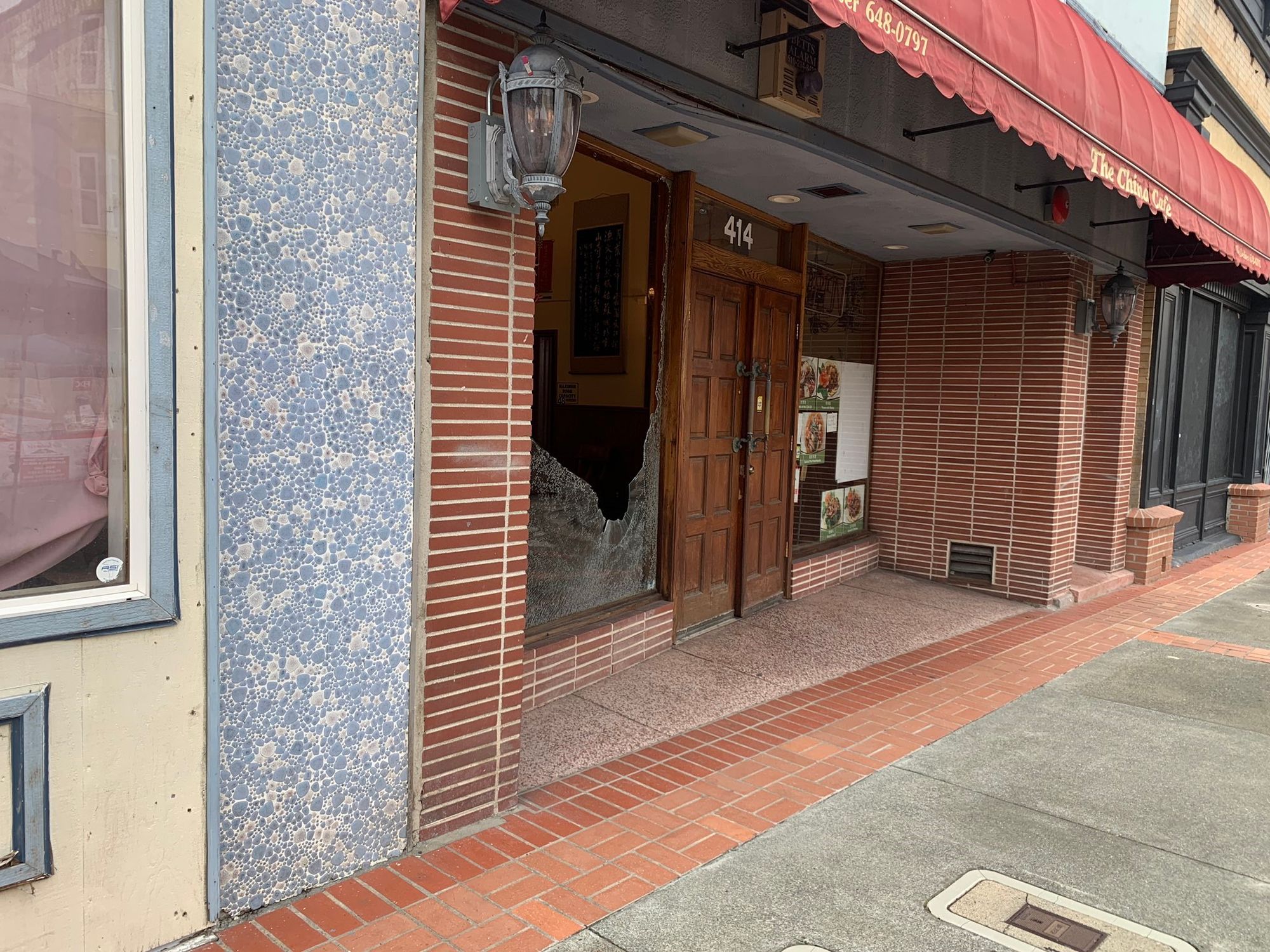 VALLEJO – Downtown Vallejo business owners and city officials are looking for ways to curb a rash of store break-ins that have hit several businesses over the last few months, including two restaurants in the same night just last week.

Newly-elected Vallejo Councilmember Charles Palmares has scheduled two town hall meetings to discuss the break-ins, including one on Saturday.

Palmares, who represents the downtown area and Mare Island, told the Vallejo Sun that he is “exploring several approaches to address the recent spate of break-ins and burglaries of our small businesses.”

The downtown district has been hit by a number of burglaries. Most recently, two restaurants on Georgia Street, China Cafe and Elvia's Sazon Mexican Street Food, had their storefronts broken into sometime during the night of Jan. 6 or early Jan. 7.

“This is so discouraging,” the owner of Mugsy’s, Lori Hee Selner, wrote on Instagram in December along with a photo of the business’s smashed front door. “I wish the person who did this understood the ramifications of their dirty deed.”

The owners of the Grind also posted about their break-in in December, saying that it was the second burglary in six weeks.

Palmares said he would like to invest more into crime prevention through environmental design, “which requires evaluating the neighborhoods of these businesses (in terms of their access control, territoriality, and surveillance) and finding ways to make those businesses less attractive to criminals.”

Palmares said he wants to “vigorously address” blight and vacant storefronts. “By making our neighborhoods more vibrant, we would be creating more ‘eyes on the street’ acting as a natural deterrent,” he said.

“And I would like to see how we can create more presence patrols (particularly during peak days and hours of burglaries), which may require a coordinated effort between law enforcement, neighborhood/business watch groups, and private security,” Palmares added.

The issue over break-ins, graffiti and blight became an impromptu discussion during City Manager Mike Malone’s report at Tuesday’s city council meeting. Malone confirmed city officials have received numerous emails from residents about the break-ins as well as graffiti and garbage.

“A lot of these are issues that have been going on for quite some time, they are not easily or quickly resolved,” Malone said.

Malone said that despite low staffing levels with the police department, the city is “looking to target some of the areas where we are experiencing vandalism, potentially try to increase patrols, and have a greater presence.”

Malone also said the city is looking to reduce the amount of graffiti and tagging by working with local artists “to actually put something at those facilities with the hope that people in the community will respect that it is coming from one of them.”

Malone said that Recology, which collects the city’s garbage, responded to at least 36 calls of illegal dumping so far this year. The city council amended its franchise agreement with the trash hauler last June, giving Recology $1.9 million over 10 years to clean up items dumped illegally in the city.

Councilmember Mina Loera-Diaz announced Tuesday that she would host her own town hall meetings on the number of break-ins. Loera-Diaz said she plans to have interim Police Chief Jason Ta and members of his command staff at the town hall.

“It’s not just a downtown issue,” she added, before stating that she would like to see an ordinance which holds property owners accountable for empty storefronts as dark spots can contribute to crime.

Loera-Diaz has tentatively scheduled a town hall from 6 to 8 p.m., Feb. 1 with a location to be determined, according to a social media post on her official Facebook page.

Rita Iravani, executive director of the Central Core Restoration Corporation (CCRC), said the group has asked the city’s assistance to enhance security downtown but has been met with some resistance.

Iravani said CCRC had sought American Rescue Plan funds from the city for security services from 7 p.m. to 2 p.m. but that idea wasn’t accepted. She also said the CCRC was turned down when it asked that the city-contracted security team help with assistance regarding nuisance vehicles in the downtown area.

She said that “it sends a message that no one is watching, and no one cares,” when vehicles are abandoned, unregistered, inoperable or people are living in them.

“Basically, the response we got was that Admiral [the city’s contracted security firm] provides services at city buildings for late night meetings and within the Parking Program’s parking lots,” she said. “The service does not provide security within the CCRC District and does not deal with any vehicle issues. It is nice to know the city buildings and late-night meetings are covered, but what about the residents, shops, restaurants and bars?”

Palmares, asked if he was looking to agendize any future policies about blight, said he “would like to talk to the community and all of the relevant stakeholders first in order to gain a better understanding of the situation and avoid duplicating efforts or pursuing any policies that would be ineffective or unsustainable.”